Connect with Ashley Dawn on Twitter & Facebook
Blog http://ashleysbookshelf.blogspot.com/
Check out where this author will be talking about her latest release!

Revenge is sweet…unless you are on the receiving end of it.

“Do you know of anyone who would want…you dead?”

Officer Daniel Jenkins was no stranger to the dangers his job posed but usually he knew who was trying to kill him. Being stalked was a completely different ball game, and he wasn’t sure there were any rules…

Terrified didn’t even begin to describe how Kami felt with the stalker targeting her. As an FBI agent you were trained to handle stressful situations, but being the victim put the whole process in a different light.

As the killer gets closer, so do Kami and Daniel, but will they live long enough to see their love bloom?

Only God can save them from this unknown killer… 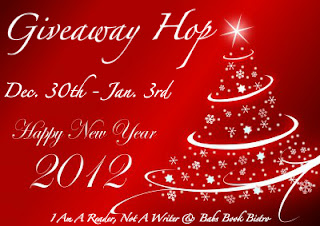 
*This giveaway hop is hosted by I Am A Reader Not A Writer & Babs Book Bistro
at 20:00 No comments: 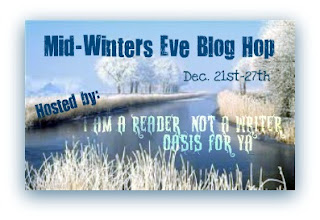 
Connect with Rosie Cochran on Twitter & Facebook
Blog https://writingtomarketing.wordpress.com/
Check out where this author will be talking about her latest release!
Sandra Ford is at the wrong place at the wrong time. She doesn't see a murder. She just hears it. Convincing the police that the murder is more than just a figment of her imagination seems like an impossible task. That impossibility fades in comparison to the unbelievable nightmare Sandra soon finds herself in. Suddenly the police believe someone was killed—and Sandra is the prime suspect!
at 14:45 No comments: 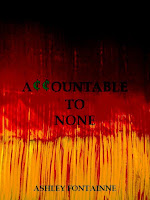 
Connect with Ashley Fontainne on Twitter & Facebook
Check out where this author will be talking about her latest release!
Glorious revenge, the dish known as best served cold. Audra Tanner has waited for five years to invite her unwitting guests to her feast of just desserts and now her dinner party approaches.

Audra was a brilliant CPA that for years, worked the grueling hours her job demanded as she made her way from lowly grunt auditor to a minority partner at a prestigious accounting firm located in the southwest. Her dedication took a tremendous toll on her not only mentally, but physically as well, and culminated the night that she met with the sadistic managing partner, Olin Kemper, to discuss her promotion to equity partner. That night, Audra learned that to become part of the ‘elite’ at Winscott & Associates required much more than she was willing to give. Unfortunately, that knowledge came too late and partnership was granted as a reward for her silence after her violent beating and rape.

Five years later, Audra is now an entirely different creature at work, a shell of her former self that wears the guise of partner during the day yet retreats at night to her hidden self as she plots her revenge on not only her rapist, but all those in power at the firm who knew what Olin had done to her, yet did nothing to stop him, as they were immersed in their own corrupt behaviors. Now head of the IT department and a self-taught hacker, Audra has spent the last five years perusing the firm’s computers, searching and digging through the mounds of encrypted words for anything that she can use to allow her the opportunity to exact revenge on all those responsible for her pain.

What she finds changes the course of not only her life, but everyone else’s as well, as her research leads her to the impending demise of the firm as well as an unsolved murder of a local college girl over thirty three years ago, both which stem from the monstrous hands of Olin. In her climactic confrontation with all the partners, Audra eviscerates all their hidden deceptions as she finally obtains her long awaited revenge and rocks the firm to its core.

Description
The third-graders at Coyote Run Elementary thought the teacher's lounge is where teachers eat candy out of vending machines, watch TV and get to play video games. They didn't expect it to be a tropical island where they are kidnapped by pirates, a circus where they learn the flying trapeze, or a crime scene where they solve a jewelry heist. Each chapter of this young middle-grade fantasy tells the story of a different student's adventure in the teacher's lounge accompanied by their mysterious new teacher, Mr. K. Only one student, Sam, decides to boldly go into the teacher's lounge by himself where he discovers something completely different yet.
at 15:28 No comments:

Description
It is the year 911 of the New Dawn.

In a future where horses are revered as gifts of the gods, and sheep and hounds are the beasts of burden, ancient magicks have been rediscovered. But there are those who wish to uncover the technology of the past and take control of the world for their own evil ends. Now, more than ever, the world needs a hero.

In the tiny hamlet of Ooze, a hapless, fish-faced, flaky-skinned youth named Pike is about to commence a quest: to win the heart of the fair maiden at the Pit of Zidor, and to release Moorlock the Warlock from the captivity of his mortal enemy. Accompanied by a garrulous sparrow and a belligerent horse, Pike is captured and then employed by the lisping Lord Nairey du Well in his sheep-drawn carriage, and then pursued by the deadly huntress, Scarlet Deadnight - du Well’s partner in tyranny.

Pike soon discovers:
- that fair maidens are not always female,
- that they can prove to be deadly foes, and
- the true value of a good moisturiser!

This comic fantasy turns the genre on its head and is a must for readers of all ages.
at 15:22 No comments:

Buy Now @ Amazon
Genre - Epic Fantasy
Rating - PG13
Connect with Yvonne Hertzberger on Facebook
Website http://yvonnehertzberger.com/
Check out where this author will be talking about her latest release!

Through Kestrel’s Eyes, the sequel to Back From Chaos in the Earth’s Pendulum trilogy begins seventeen years later. The peace that followed the end of the Red Plague is shattered when the lords of Gharn and Leith are toppled by traitors, throwing the land into chaosLiannis, the goddess Earth’s seer, her apprenticeship interrupted by the death of her mentor, must help restore the Balance. Until it is, Earth’s power is weakened, preventing Earth from sustaining the rains needed for good harvests. Drought and famine result.Liannis battles self-doubt and the lure of forbidden romance and deep loss as she faces tests that take her to the brink of her endurance. But Earth sends a kestrel that allows Liannis to see with her eyes and a white horse to carry her, both with the ability to mind-speak. Time is short. The people with starve if Earth cannot heal and the Balance cannot be restored. 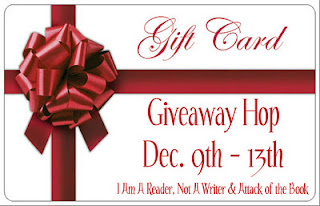 Buy Now @ Amazon
Genre - Thriller
Rating - PG13
Connect with Carolyn Arnold on Amazon & Facebook
Website http://carolynarnold.net/
Check out where this author will be talking about her latest release!

Eleven Rooms. Ten Bodies. One Empty Grave. Brandon Fisher never expected this when he signed up as a Special Agent for the FBI. Working in the shadow of Supervisory Special Agent Jack Harper of the Behavioral Analysis Unit his career seemed set.

But when the team is called to a small rural town where the remains of ten victims are found in an underground bunker, buried in an unusual way, Brandon knows he'll never return to his normal life. With one empty grave, and the case touching close to home, he fears he's become the target of a psychotic serial killer who wants to make him number eleven. Only thing is, everything Brandon thinks he knows is far from the truth.

Email ThisBlogThis!Share to TwitterShare to FacebookShare to Pinterest
Labels: E

Buy Now @ Amazon
Genre - Suspense
Rating - PG13
Connect with Mary Pat Hyland on Twitter & Facebook page
Website http://www.marypathyland.com/thehylander/
Check out where this author will be talking about her latest release!

"Men like pie." Who would know the truth behind those words better than Elaina Brady's mother Maria? Months after she showed her teenage daughter how to bake perfect pie and hours after offering that culinary wisdom, Maria abandons Elaina, her sister Dee Dee and their father Walt. All it took was a lingering, lusty look from a Missoula trucker who stopped by their family's diner and ordered a slice of lemon meringue. Maria hitches a ride west with him, and with that impulsive decision, sixteen-year-old Elaina loses her mother and gains a job baking pies at the diner.

A decade after Maria's departure, Elaina is still working at The Terminal Diner, just around the bend from an upstate New York airport. Her humdrum life is defined by pie-baking routine. Elaina realizes painfully that all she still knows about the opposite sex is summed up in the three last words her mother spoke to her. Then one deceivingly beautiful morning in September 2001, horrifying acts committed by terrorists a hundred miles away upset her world, bringing new influences into her life and inspiring her to be like her mother-impulsive. Will Elaina survive the consequences of her actions?
This suspenseful story is the fourth novel by Amazon Top 100 bestselling author Mary Pat Hyland.