Description
Protecting their children comes naturally for Zoe and Will Tyler--until their daughter Leah decides to actively destroy her own future.

Leah grew up in a privileged upper-middle class world. Her parents spared no expense for her happiness; she had all-but secured an Ivy League scholarship and a future as a star athlete. Then she met Todd.

Leah's parents watch helplessly as their daughter falls into a world of drugs, sex, and wild parties. While Will attempts to control his daughter's every move to prevent her from falling deeper into this dangerous new life, Zoe prefers to give Leah slack in the hope that she may learn from her mistakes. Their divided approach drives their daughter out of their home and a wedge into their marriage.

Twelve-year-old Justine observes Leah's rebellion from the shadows of their fragmented family. She desperately seeks her big sister's approval and will do whatever it takes to obtain it. Meanwhile she is left to question whether her parents love her and whether God even knows she exists.What happens when love just isn't enough? Who will pay the consequences of Leah's vagrant lifestyle? Can this broken family survive the destruction left in Leah's wake?
at 20:00 No comments: 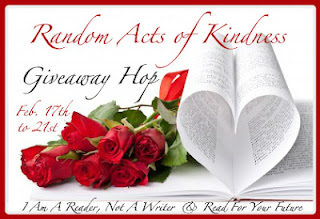 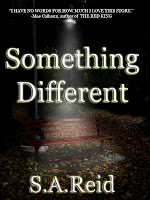 Description
Unhappily married Michael Maguire decides to do something different. Setting out to hire a female prostitute, Michael instead finds blue-eyed, beautiful James Campbell. Tempted in ways he never imagined, Michael embarks on a sexual adventure with a rent boy from London's East End. No form of pleasure is off the table. Not even love...
at 18:00 No comments:

Description
How many times can you die for love?

For twenty-one years Rachel MacReady has skated along -- pretty and carefree, with wealthy parents and plenty of friends. Fate handed Rachel everything a girl could want.  But one icy night, a car crash unlocks memories from a very different existence. In 1870s England, in a steampunk subculture of Victorian London, Rachel was Cassandra Masters, a powerful telepath sidelined by the males who ran the Order.

Cassandra sparked a rebellion so radical, its effects are still felt in the present day. She also fell for two very different men. Fellow telepath Dominic Belden -- black-haired and handsome as a Greek statue -- and Ted Harrington, the Order's rebellious, hard-drinking Master Telekinetic. Both men loved her. And both have returned in the present day to seek out Rachel. But therein lies the problem. Cassandra Masters died at just twenty-one, the same age as Rachel. And one of those men may have loved her to death.


About the author - In his long and varied career as a musician, songwriter and producer Perry has worked with such people as Lefty Frizzell, Hank Snow Jr. and Sheb Wooley. Over the years as a solo performer or with a band he has also been the supporting act for such show biz luminaries as the Bee Gees, Ambrosia, Little River Band, B.J. Thomas, Hal Ketchum and Lonestar - - to name just a few.

More recently he completed his first novel, "Pretty Flamingo". Based on actual personal experiences the book is essentially a mystery/love story that takes some very unexpected twists and turns.

What inspired you to want to become a writer? It's something I'd always wanted to do since I was a kid, but as I mentioned before, my life seemed to lead me in the direction of music at first.  Then, when the idea for "Pretty Flamingo" came up I thought I'd give it a shot, just to see if I was any good.  A long-time friend of mine, Sandy Hockenbery who is a movie producer, heard a little about the story I was writing and it piqued her interest.  I sent her the first six chapters I'd written and she was blown away.  It was her enthusiasm and belief in the story and my ability as a writer, that made me believe I could do it.

When you were little, what did you want to be when you "grew up"? A writer.  Then, I saw all those girls screaming for the Beatles and I changed my mind and became a musician for most of my life and had girls scream for me.  Now they look at me and scream for a different reason - so I decided it was time to go back to my original childhood dream of being a writer.

How did you know you should become an author? I've lived such a colorful life I figured it was time to start inventing stories around my experiences.  Most people don't believe most of the stuff I tell them happened to me so I may as well make it "fiction".

Which authors have influenced you most how? Probably Stephen King and Nicholas Sparks.  They are not in any way alike, I know, but there are separate elements of their writing that have influenced me.  Stephen King always made his characters seem so real; he gave them inner dialogue that made you privy to their thoughts. I really like that. Plus he writes such interesting and unique stories.  Nicholas Sparks manages to reach people emotionally with his often heartbreaking romance/dramas; he's made me cry more than once.  I wanted to try and combine those elements into what I wrote.  So far, from the reader reviews and comments I've seen, it looks like I've succeeded with "Pretty Flamingo".

What do you do in your free time? Lately I don't have much.  I used to play tennis, go to the movies and check out local bands.  I still find time to read books, though.  I think it's important for writers to read other writers.  I try to read books by other self-published and Indie authors; to support them as well as to see what my competition is like.

If someone wrote a book about your life, what would the title be? Stranger Than Fiction.

Give us a glimpse into a typical day in your day starting when you wake up till you lie down again. I get up around 7 am.  Do stretches and an ab work out.  Then all my e-mails, Twitter, Facebook stuff.   Work my day job all day (I'm a self-employed house painter) then come home and do a little work out in the gym.  Shower. Eat dinner.  Practice on my Fender Telecaster for about an hour - - or until my fingers bleed.  Do the e-mails,  Twitter, Facebook thing again and then work on my next novel until my head hits the keyboard.  At which time I brush my teeth - - and floss - - hop into bed and read whatever novel by one of my self-published peers I happen to be reading until the Kindle falls out of my hand and I fall asleep.  Weekends are a little more exciting - - but only a little.  There'll be time for excitement when I hit the bestseller list. Right now I live vicariously through the characters I write about.

What's your favorite season/weather? Autumn.
In your wildest dreams, which author would you love to co-author a book with? Nicholas Sparks. He'd have to let me write a happy ending, though.

Thank you taking the time to stop by and share some random thoughts with us. Good luck with your books!
at 20:00 No comments: 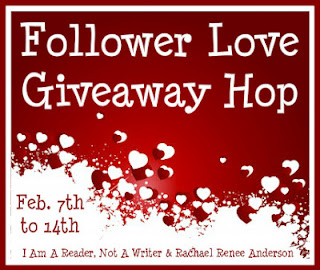 *Random winner will be picked and announced on 17th February 2012

*This giveaway hop is hosted by I Am A Reader Not A Writer and Rachael Renee Anderson
at 20:00 No comments:

Description
You’ll be taken on an emotional journey with David Perry, the central character, as he unlocks the mystery of a part of his past he never knew existed—a past that’s been hidden from him for thirty-five years. As the lost memories unfold David discovers a love so powerful it transcended the purely physical; a loss so devastating that it changed his whole life. And a promise that, if he can keep it, will return to him all that he cared most about in the whole world.
at 18:00 No comments: 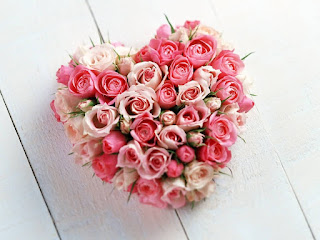 Email ThisBlogThis!Share to TwitterShare to FacebookShare to Pinterest
Labels: V 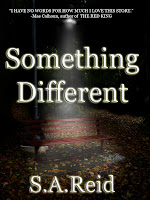 
Connect with Stephanie Abbott on Twitter
Blog http://stephanieabbott.blogspot.com/
Check out where this author will be talking about her latest release!

Author Interview with Stephanie Abbott
About the author - Stephanie Abbott is the face behind the popular pseudonym, S.A. Reid. Well-known for her “real and likeable characters”, she also writes  paranormal fiction, fantasy, and sci-fi. Additionally, she also pens cozy mysteries as Emma Jameson.

What inspired you to want to become a writer? Reading, I suppose.  I loved to read from an early age and by 8 I tried to write my first novel – something about a blind girl who could transform herself into a sighted alley cat.  If there was more to the story, I don’t recall.  Then when I was 11, I met my best friend, Maryam, a much more advanced writer, and had to improve to keep up!  So I’ll chalk it up to reading and friends.

Tell us your most rewarding experience since being published. Easy – having readers!  The first time I got a message from a fan, I was over the moon.

If you could jump in to a book, and live in that world.. which would it be? Anne McCaffrey’s Pern series.  Beautiful green pastoral planet, telepathic dragons, adventure and excitement.

What is your dream cast for your book? That’s tough to answer.  Michael Maguire would need to be convincing repressed in the beginning, then blossom as the story develops.  James Campbell would start out cheeky and carefree, then gradual reveal more depth.  There are probably dozens of young British actors who would be wonderful in those roles.

What was your favorite book when you were a child/teen? The Once and Future King, by T.H. White.  And you know what?  It still is.

What's one piece of advice you would give aspiring authors? Look at Amanda Hocking’s example.  Putting aside whether you love her books or hate them, she is the perfect model for a young writer because her entire focus was writing.  Like most of us, she had to work a day job.  She worried about bills and all the other real world concerns.  But her free time revolved around writing, putting herself out there, accepting feedback and writing more.  That kind of single-minded dedication to her passion make her a millionaire twice over.  More importantly, it gave her the things she wanted most: readers and national exposure as an author.

If you could choose only one time period and place to live, when and where would you live and why? For every decade of my life you’d get a different answer.  But for now, the answer is – now.  This time, this place.

If you could be one of the Greek Gods, which would it be and why? Athena.  Because The Who sang a song about her.  (Kidding!)

If you could live anywhere in the world where would it be? On the white sands of north Florida, looking out at viridian (green) water every day.

What is your favorite Quote? To get back my youth I would do anything in the world, except take exercise, get up early, or be respectable. – Oscar Wilde

Thank you taking the time to stop by and share some random thoughts with us. Good luck with your books!
at 20:00 No comments: