Charity Hopping Round the World 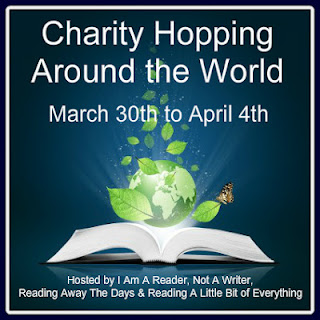 I'd like to tell you about World Vision
and their child sponsorship programme.

It is amazing what $1 a day can do for a child.

*Random winner will be picked and announced on 10th April 2012

Email ThisBlogThis!Share to TwitterShare to FacebookShare to Pinterest
Labels: C 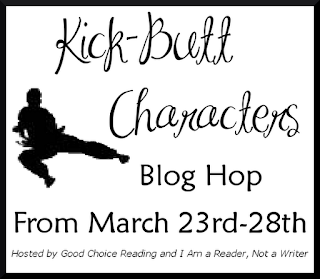 My Kindle giveaway is Farsighted by Emlyn Chand 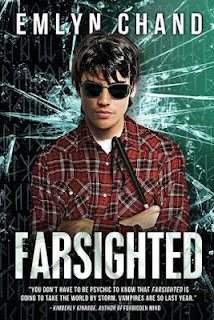 *Random winner will be picked and announced on 3rd April 2012

What is one book everyone should read?
The Road, by Cormac McCarthy. This powerful novel transports us to a harsh post-apocalyptic world, where humans have been reduced to animal instinct—for the inhabitants of this world, murder and cannibalism are a means of survival.

In this unforgiving environment, McCarthy gives us a tender, elegantly rendered father and son. In their travels, the man and his son meet horrific challenges and hardships, yet they face each challenge with dignity and grace. Near death, the man says to his son: "You have my whole heart. You always did.” Years after reading the novel, the love of this father and son—their amazing bond—awes and inspires me.

This stunning work ends unexpectedly, with a promise of rebirth and renewal.

What is your favorite flavor of ice cream?
Almond Joy. In my novel, In Leah’s Wake, there’s an ice cream stand called Sullivan Farms, run by Bob Sullivan. Bob is a real person. Sullivan Farms Ice Cream is located in Tyngsboro, Massachusetts. Bob’s homemade Almond Joy ice cream is to die for.

If you could meet one person who has died who would you choose?
Jesus. Growing up Catholic, I don’t think I fully appreciated the historical Jesus. A few years ago, considering a PhD in theology, I took two grad courses. The critical analyses fascinated me—literary, historical, archeological, feminist, etc.—and I realized how relevant the readings continue to be. From a humanist perspective, Jesus was a brilliant man with a tremendous capacity for love and forgiveness. He loved, trusted and forgave even those who didn’t deserve love, trust or forgiveness, and he forgave out of strength, not weakness. I’d love the chance to learn from him.

What is your favorite thing to eat for breakfast?
If I could eat anything at all without gaining weight, I’d start each day with a stack of pancakes with butter and maple syrup. In the real world, I typically go for a low-ish fat protein. In San Francisco, Dave and I enjoyed a wonderful egg white omelet with broccoli, arugula, leeks and goat cheese. That’s now my favorite breakfast treat.

Night owl, or early bird?
I was an early bird for most of my life. Lately, because I tend to over-commit and am usually behind in my work, I’ve turned into a night owl. I also hate to miss anything.

Pet Peeves?
Selfishness and entitlement bother me. We share one world with limited resources. Circumstances sometimes require privileging certain people – for instance, in a health emergency medical personnel must be first to receive medical attention so they can care for the rest of us. In everyday life, there is no excuse for pushing and shoving. We’re all in a hurry. We all want what we want. That doesn’t give us the right to cut the line or demand special treatment. In a piece called “All I Really Need to Know I Learned in Kindergarten,” Robert Fulghum writes that he learned, among other things, to: “share everything; play fair; don’t hit people; put things back where you found them; clean up your own mess; don’t take things that aren’t yours; say you’re sorry when you hurt someone.” There is a lot of wisdom in those lessons.

Please tell us in one sentence only, why we should read your book.
In Leah’s Wake, about a family in transition, tells a topical story that people relate to, but it’s also about the need for community and connection and, although sometimes sad, offers hope and redemption.

Any other books in the works? Goals for future projects?
I’m currently at work on a psychological thriller with a historical twist. Nowhere to Run takes place in the White Mountains in northern New Hampshire.

After the brutal unsolved murder of her six-year-old daughter, award-winning writer Abby Minot had put her laptop away. A year later, emerging from a deep depression, she accepts her first assignment, a human-interest story on the wealthy and powerful Chase clan, the immediate family of Matthias Chase—a wildly popular congressman from northern New Hampshire.

Congressman Chase—a self-described "new Republican," fiscally conservative, socially just—has built his platform on unsubstantiated claims that his ancestors were abolitionists. When a subterranean chamber is discovered under a barn on the family property, the Chase estate is declared an official stop on the Underground Railroad. Soon after, Chase launches a campaign for the presidency.

After accepting the assignment, Abby and her two surviving children travel to the Chase estate in the White Mountains for a month-long stay. In her initial research, she glimpses darkness under the shiny veneer. Digging deeper, she uncovers a shocking web of lies and betrayal, dating back to the nineteenth century. Abby soon finds herself trapped-between an editor obsessed with uncovering the truth and the town and family who will stop at nothing to ensure it stays hidden.

Tell us your most rewarding experience since being published.

When I published In Leah’s Wake, I had no clue as to what I was doing. Stupidly, too embarrassed to self-promote, I posted the book on Amazon and left it at that. I mean really left it at that– not even my parents knew I’d published the book!

I sold two copies in October, four in November, and thirty-four in December. By March, with sales lagging, I realized that if I didn’t do something my book would die. In early March, I began blogging and activated my Twitter account.

Once I got used to the idea that marketing didn’t have to mean shameless self-promotion, 24/7, I began to have fun and I actually enjoyed it. I’ve now sold close to 100,000 books. Getting there took a lot of hard work and dedication, and I’m proud of that accomplishment. Publishing In Leah’s Wake forced me out of my comfort zone. I had to learn to respect and value my work and share it with other people. It was hard and it took time to figure it all out. But it’s the best thing I’ve ever done for myself. I’ve also had the great good fortune of meeting many wonderful people!

What is your dream cast for your book?
Will Tyler – Matt Damon. Mr. Damon exudes fatherly love and protectiveness and he’s very intense. If his daughter were in trouble, I can picture him going into overdrive, like Will, and doing whatever it takes to pull her back.

Zoe Tyler – Sandra Bullock. I see her as loving, driven and ditzy, a less strident version of Leigh Anne Tuohy, the mom she played in The Blind Side.

Leah Tyler – For the role of Leah, I’d search for new talent. Caroline Wakefield, as played by Erika Christensen in the film Traffic, reminded me of Leah, in her all-American beauty and stunning transformation from preppy to drug-addicted prostitute. Ms. Christensen is too old for this role, but she’d be the prototype.

Jerry Johnson – Vince Vaughn. He’s not the guy who walks into a room and gets the girl, but he’s centered and responsible, the rock for the others to lean on.

Todd Corbett (Leah’s boyfriend) – Jordan Masek. Jordan plays the role of Todd in my trailer. In real life, Jordan is actually a very sweet guy. But he knows how to channel his inner bad boy. I can’t imagine a more appropriately cast Todd.

What's one piece of advice you would give aspiring authors?
Believe in yourself. To deal with rejection, boot your computer, day after day, when it seems as if no one cares and you wonder if maybe the stars are misaligned, you have to believe in yourself.

Writing is a lonely profession. Most of the time, we’re alone with our work. That loneliness can wear on you and cause you to question yourself.  Cherish your friendships. A community of supportive writer friends can encourage and sustain you when your confidence flags.

Keep the faith. Don’t ever give up. You can make your dreams happen!
at 20:00 No comments: 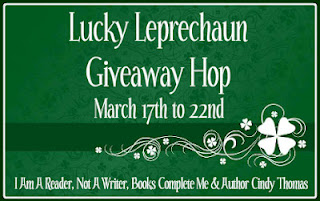 *Random winner will be picked and announced on 25th March 2012 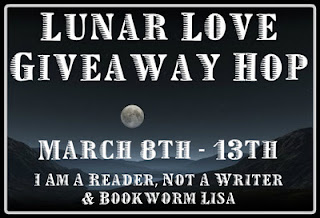 My Kindle giveaway is The Ghost Box by Scott Nicholson. 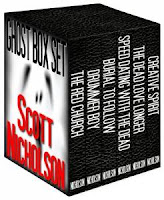 *Random winner will be picked and announced on 15th March 2012 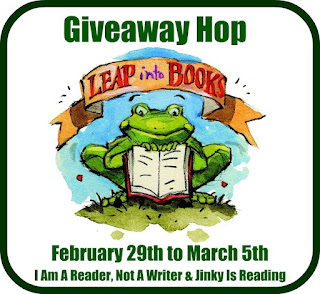 *Random winner will be picked and announced on 10th March 2012