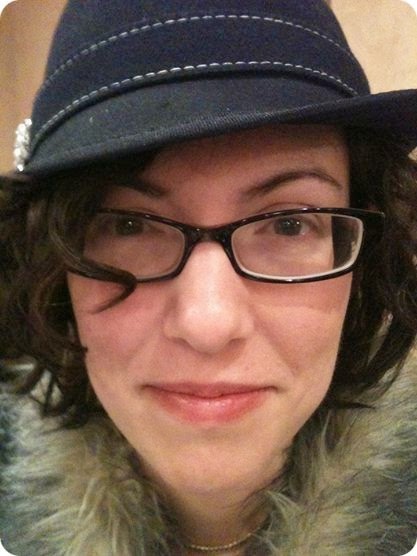 Madeline Wynn holds a master's degree in procrastination.  When she's not writing, she can be found ghost hunting, gardening and parading around her home state of Connecticut with her husband, dog and two kids.
Her latest book is the YA paranormal, Daughter of the Fallen.

There are some movies that I remember loving as a kid, like THE NEVERENDING STORY and RAIDERS OF THE LOST ARK that would hold my attention for hours and hours.  No matter how many times I watched them, I couldn’t wait to see them again.  But now, as a mom of two, I admit that some of my favorite movies I now view with a “mom lens” that can change everything.

I’ve recently watched a few old favorites with the kids and I thought that I’d share some of my interpretations so that other moms can go into re-watching these old favorites well aware of some things that might stand out once you have kids.

Somehow, as a kid, I missed the charred bodies of Aunt Behru and Uncle Owen.  My kids, however, picked up on it right away.  But this movie was just as good as it ever was, and the kids use it as one of their go-to movies for long car rides.

Where is this kid’s mother?  She just lets him hang on to the back of cars while riding a skateboard with no helmet? Mommy had to run and grab a TUMS over that bit. His dad fell out of a tree while spying on his mother as she got dressed?  Isn’t that just a tad stalker-y? The need to point out that we in NO WAY approve of or DO things that we see in movies was overwhelming as we watched.  And honestly, the scene where his mom tries to kiss him has always sort of freaked me out.  But despite all the weirdness, the kids and I both enjoyed this flick.

Hot damn, the Skecsis are just as scary and as hard to spell as they ever were!  Make them go away!  Those weird bird-like murderers gave me nightmares for years and now my own children enjoy the same fears.  But this movie gets mad awesome points because even though the special effects were all puppets and miniatures, the kids still loved it.  Great story, great film.  A winner.

I take great personal joy that both my kids now throw down quotes from this movie in random conversations.  Sure, no one else in first grade may know what my son is saying when he shouts, “Inconceivable!”  But it makes me smile inside.

Explaining the concepts of pay phones and floppy drives was depressing, but the story is epic.  My kids and I were captivated by the story.  And wow, was Michael Broderick young.  Like really, really young.

Though I did feel obliged to point out to the kids that if they ever thought to hack into a school’s computer systems and change their grades, if you change an F to an A, they will catch you.

Hey, you, guys!!  This movie rocks!  Still, if my kids ever rode off on their little bicycles and disappeared all day, I would freak the heck out.  But treasure maps?  Corey Feldmen? Creepy pipe organs made of bones?  Pirate ships?  Creepy bad guys?  This movie is the real treasure.

Being the sort of neurotic mom that I am, it took me a while to be able to allow my kids to watch this one.  And still, it was just my oldest and I who watched it one day when he was home sick from school.  And it was great!

That mom with her mad 80s hair kicks butt!  She tossed that gremlin in the microwave and zap!  Heck yeah, moms rock!  See, son?  We’re more than just your minivan-driving, dinner making, tantrum-calming worker bees, we can kill us some monsters!  Heck yeah, Gremlins!

What?  That sad Santa backstory?  Hide your ears, boy, she meant that her father was pretending to be Santa when he got stuck in the chimney and died.  Look!  Is that Spike riding a motorcycle?

The romance in this movie really sweeps me away, but yes, those elf kids are creepy, and kind of mean to that little fairy.  But damn, Tim Curry’s monster can steal mommy anytime.

Talk about a muscle-bound hunk of man-meat.  I can totally get past the horns. Think about it, he gives her a chest full of treasure, a killer dress and then demands that she eat?  Sign me up!

Tim Curry and Tom Cruise can work that unicorn thing out, mommy’s going to be in her room rolling around in pile jewelry and dancing with her new dress.

2. Well, I was going to pick The Little Mermaid, but the kids refused to watch it because it was a “princess movie”.  So, we watched GHOSTBUSTERS.

Bill Murray, what are you doing to your students!  Egads! Eww!  And there is sex in this movie, I didn’t remember the sexy time.  But the flick really is funny, and has it’s truly freaky moments, too.  Good fun, the kids really enjoyed it, and demanded that we eat marshmallows after that last scene, so it was a win.

All I have to say is, forget the baby, take ME, David Bowie!!  I will dance baby dance all night with you in those hot little pants and funk-tastic wig!  Please?

Also, those guys that toss their heads still creep me out. 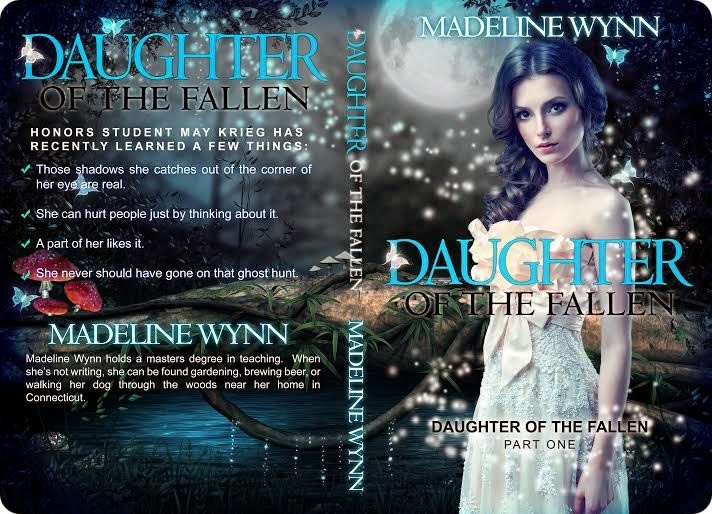 Most sixteen-year olds aren't worried about the fate of their immortal souls. May Krieg should be.

Typically, honor student May's biggest problems have revolved around her super-hot arch-rival, Jack. But when a school project takes them ghost-hunting in a local cemetery, she discovers that an ominous force roams in the darkness around her.

And it follows her home.

It claws its way into her life, burning messages into her wall and imprinting them onto her body. Even worse, she can't tell if it's trying to possess her... or protect her.

May's thoughts soon become actions, causing the target of her anger severe physical pain and giving her a rush the likes of which she has never experienced.  She quickly realizes that she needs to find a way to reign in this power before she kills someone. May hates the pleasure it gives her, hates herself for hurting others, but she can't stop.

As her entire world shatters around her, she is forced to ask what her soul is worth-- and who would she risk losing her soul to save?

For More Information
Daughter of the Fallen is available at Amazon.
Pick up your copy at Barnes & Noble.
Discuss this book at PUYB Virtual Book Club at Goodreads.