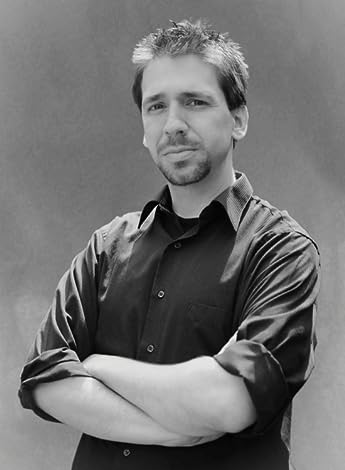 Can you tell us about your main character?

Susan Sarnio is a 13-year-old girl who’s losing weight inexplicably. Though her doctors fear anorexia, a much darker cause reveals itself, when a Death brings her to the World of Deaths, and tells Suzie that she’s a Reaper.

Suzie starts as the object of derision and bullying. The men, even her teachers, don’t accept her, since she’s the only female Death. Suzie’s character is resilient. The bullying only serves to make her stronger, and by the end of the first novel, she has turned into a leader. Suzie is also very curious. Her curiosity both propels the plot and sometimes gets her into trouble.

How did you develop your plot and characters?

In the earliest draft, the main character was actually a boy. However, I didn’t feel that he was isolated enough. I rewrote the story about a girl, focusing on a single female alone in a world of men. The mystery elements of the novel then started to develop. I envisioned the entire trilogy at about the same time, though I wrote the first novel as a standalone.

Who designed the cover?

The cover was designed by Anna Spies of Celairen Art, in Bamberg, Germany. She was contracted by my publisher, and did a fantastic job creating a stunning cover.

Who is your publisher?

My publisher is Muse It Up, an independent “small press” in Canada. Muse It Up houses about 300 authors, making it one of the larger small presses. They release books in ebook format first, and then release them in print, pending sales. I’ve found MIU to be a very supportive group of authors who constantly communicate and support each other.

Will you write others in this same genre?

Absolutely, though I hope to branch into other genres as well. I have at least twenty novel ideas in me, which I plan to develop.

Is there a message in your novel that you want readers to grasp?

Taking a stand for yourself, in even a difficult situation, is admirable. Most people suffer from bullying at some point in their lives, and how we cope with those challenges helps define us.

How much of the book is realistic?
I’ve been bullied, and also know what it’s like to feel completely alone. Those traits are taken from my experience. My experiences as a teacher have helped me bring realistic teens to life. The first chapter, where Suzie deals with weight loss, is loosely based on a girl I knew who suffered from diagnosed anorexia.

Thirteen-year-old Suzie Sarnio always believed the Grim Reaper was a fairy tale image of a skeleton with a scythe. Now, forced to enter the College of Deaths, she finds herself training to bring souls from the Living World to the Hereafter. The task is demanding enough, but as the only female in the all-male College, she quickly becomes a target. Attacked by both classmates and strangers, Suzie is alone in a world where even her teachers want her to fail.

Caught in the middle of a plot to overthrow the World of Deaths, Suzie must uncover the reason she’s been brought there: the first female Death in a million years.