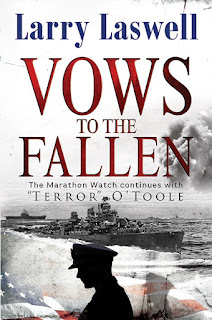 Lieutenant O’Toole’s goal is simple: someday he wants to become an admiral. But in a few moments, his life will change . . . forever. Yesterday, the marines stormed the beaches of Guadalcanal. Today, the Japanese Navy will strike back. The sudden and horrific carnage scars O’Toole for life and throws him into the abyss of survivor’s guilt and posttraumatic stress.
The Pacific War does not wait for O’Toole to heal. Duty calls, each new assignment brings more responsibility, and the roll call of the fallen grows. At the Battle of Mujatto Gulf, O’Toole faces a superior battle-hardened Japanese fleet and discovers the strength within him to climb from the abyss and find his true life’s mission. To the fallen, he vows never to abandon that mission no matter how high the cost.
Amazon Kindle 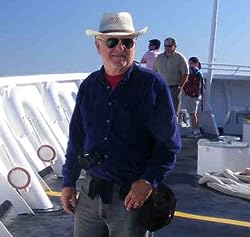 Larry served in the US Navy eight years. In navy parlance, he was a mustang, someone who rose from the enlisted ranks to receive an officer's commission. While in the navy, he served as Main Engines officer aboard the USS Intrepid CV-11, and as Submarine Warfare Officer aboard the USS William M Wood DD-715.

Now retired, he fills his spare time with woodworking and furniture design. He continues to work on The Marathon Watch series, an upcoming Science Fiction series, and an anthology of over eighty humorous sea stories. 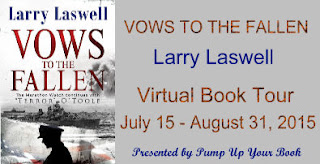 My Review
This was an interesting read for many reasons. One, the historical aspects of Pearl Harbour are merged into the fictional life of Liutenant O'Toole. While O'Toole's character starts out with confidence, this confidence soon slowly disappears and we see him tumble emotionally.

His thoughts of being inadequate soon cloud his everyday life. But how much time does he have to process such feelings? The author instills a sense of urgency in the reader and this was the best part of the book.

Soon, O'Toole is only another element in the story as war takes over the pages and the reader grimaces at its effects. Plus points to the author for being able to hold the reader's attention right to the end.

Would I recommend this read? Definitely. If you like historical military fiction, this book is right up your alley.