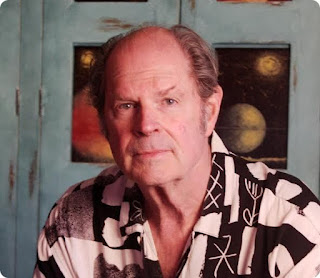 
David S. Arthur is an American novelist. His new novel is Shaytan: A Journey into Evil. It is an historical action thriller set in the jungles of India in 1947. A man-eating leopard, Vedic gods and the history of the world. (Among other things.)

His previous book is The Kingdom of Keftiu: A Mystery of the Ancient World. It is an historical adventure set in the Greek Islands in 1935-36 about an expedition in search of lost Atlantis and the truth behind the myth.

David was born in Dallas, Texas in 1949. He was a champion age group and All American high school and college swimmer, graduating Southern Methodist University with a business undergraduate degree ('71) and a Masters in Fine Arts ('73).

He began his professional career in 1973 as a documentary film maker for PBS. In 1977, David went to Hollywood to become a screenwriter. He published his first novel, The Oasis Project in 1980. In the late 80's David formed a multi-media production company in Dallas, which he operated profitably until 2006 when he retired and began writing books again.

On several occasions David's film making has received recognition; a USA Film Festival Award for Cinematography, a Gold Award from the Houston International Film Festival for his indie feature, Scenes in the Dark, a number of Telly Awards for client projects and a Dallas Press Club Award for Best Television Documentary.

“Novelist David S. Arthur explores the wilds of India and the darkest realms of human behavior.”

You can also visit with me on my Face Book pages: Shaytan – A Journey into Evil or The Kingdom of Keftiu. Or follow me on Twitter at: David S. Arthur @davidsarthur1. 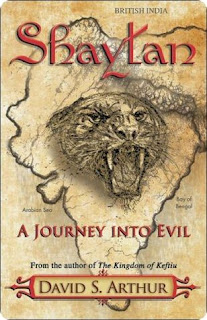 INDIA 1947. In the heart of the jungle, death stalks the night. It strikes without warning-like a shadow in the shadows-stealing away with its victims and devouring them. The authorities claim it is a man-eating leopard. The natives believe it is something far more terrifying-a creature that by day wears the skin of a man, but when craving human flesh becomes the demon... SHAYTAN! While on expedition in India, British explorers Richard and Emily Quizzenbury embark on the hunt for a killer.

They are the guests of Victor Bloodworth, an expert marksman of Anglo-Indian descent. Suddenly, they are plunged into an alien world in which time marches to the pulse of the cosmos-where the spiritual and the supernatural merge and reality shares equal footing with illusion. Little do they imagine what awaits them in the ageless realm of the undying gods. In a land still ruled by primal superstitions, there is an ancient invocation. From all that flies, from all that crawls From all that prowls the mountain O Night protect us! 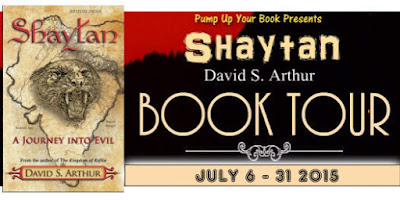