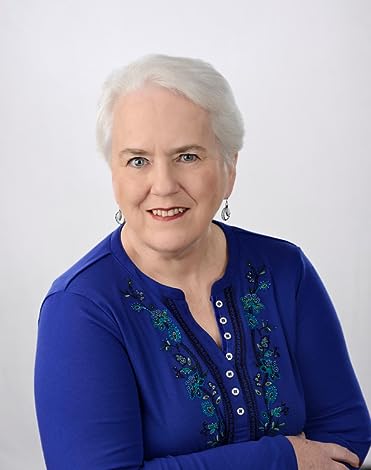 1. Tell us a bit about your family.

My family are direct descendents from a group of settlers brought over to Prince Edward Island, Canada, from the Isle of Skye in Scotland in 1803.  The earl was not like so many others who were given land grants here on the Island.  He had the foresight to settle the families within a mile or so of each other so that they would always have help in time of need.  The group was still mostly intact for almost two hundred years and the descendents now are numerous.  We are known as the Selkirk Settlers or the Belfast Settlers.  The origin of the word Belfast was from the French who lived in our area prior to our arrival.  It was formerly known as Belle Face.  We were mostly farmers who believed in education even for the women and some of the children of the first settlers became school teachers, preachers, and doctors.  My first novel in the Selkirk Stories series, Mattie's Story, talks about this first settlement as a story told to Mattie by her grandfather.  They were firmly rooted in Presbyterianism and their lives were lived in obedience to their faith.

My immediate family consists of my husband, me, a sister and a brother and a whole raft of cousins, first, second, and the once removed, and a few ageing aunts and uncles.  I have two cats, Molly and Lucy, named after the first novel I ever wrote, Shades of Molly.

2. Have you always enjoyed writing?

Yes.  From the time I was required to write short stories in fourth grade and essays in junior high I have felt that I was in a special place.  However, I was never given the encouragement to write until I had completed my career as a nurse and was studying music toward a degree.  One of the requirements was that I had to complete two “writing” courses where I would be judged on my writing skills.  I had always wanted to try my hand at creative writing and discovered that I was a better writer than I was a musician.  I switched majors, made up the English credits that my Nursing degree lacked, and then went to The University of Missouri in Kansas City for a Masters' degree in English with a professional writing emphasis.  I've been writing ever since.

3. What motivates you to write?

My characters talk to me and won't leave me alone until I tell their story.  It's really kind of fun and I'm never lonely.  Someone will tell me a story  about the ancestors or their neighbours, and my mind takes off. I think what if the person had done this instead of what they did, and away I go.  My characters come to me and tell me what they did and what they were thinking in their fictional world.  They talk to one another and to me.  Of course, the stories I write will only have one germ of truth in them, the rest is all imagination.

4. What writing are you most proud of?

I love all of my stories.  I don't know if I can choose one to be more proud of than another.  I think if I were forced to choose it would have to be the Selkirk Stories series, which includes Anna's Secret.  However, there is also the Haunted PEI series that are a lot of fun too.  In fact, Shades of Molly, the first novel in that series, came about right after the creative writing class I took as an undergrad.  If my husband's computer had not been switched on that first day I would not be a writer today.  I was computer illiterate and couldn't type very well.

5. What are you most proud of in your personal life?

I think I would have to say that I am most proud of my mind.  It is the basis of everything I think say and do.  It is very inquisitive and goes lickety-split.  I can't possibly talk as fast as my mind works and very few people can follow where I go.  When I was nursing I was doing in-service education, and another nurse and I were meeting on the choice of topics to present.  However we got onto it I don't remember exactly, but I got us from fire safety education and fire drills to outer space by free association.  Needless to say the other nurse could hardly believe that we'd taken that whirlwind tour of the cosmos all because of fire drills.

6. What books did you love growing up?

I loved the Anne of Green Gables stories and ultimately read every one several times.  I liked J. M. Barrie's Little Minister, and Maggie Muggins.  There were others of this nature.  I also liked the Cherry Ames series (nurse) and the Nancy Drew series.  My father encouraged reading and education and he always read to me when I was tiny and read poetry to me when I was older.

7. What do you hope your obituary will say about you?

That I was joyful.  I don't know what else to say.  Of course, I am many other things like warm and kind but those traits are kind of cliche to say out loud.   I'm gentle and mostly non-judgemental although if you look at judgement as discernment that opens up a whole other discussion.  I am discerning.  I've thought off and on that I should write my obituary just for the exercise of it.  It seems a little extreme but it could be very revealing.  The other side is that what I would write now and what I would write in ten years time could very well be something entirely different.

Anna Gillis, the midwife and neighbour in Mattie's Story, has been found killed. The close-knit community is deeply shaken by this eruption of violence, and neighbours come together to help one another and to discover the perpetrator. But the answer lies Anna's secret, long guarded by Old Annie, the last of the original Selkirk Settlers, and the protagonist of An Irregular Marriage. Join the community! Read Anna's Secret and other novels by Margaret A. Westlie.