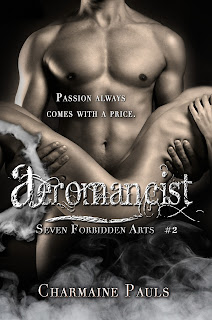 All he could offer was thirty days of passion.
He condemned her to death instead.
Now he’ll do everything in his power to save her.

He is known as the Weatherman. Lann Dréan is the last of his kind. A price on his head, chased for a power he should not possess, he can’t promise any woman forever. All he can offer Katherine White is thirty days of passion. But his uncontainable desire comes with an unforeseen price. Lann’s lust will cost Kat her life. Now he’ll do anything to save her from the fate he has brought upon her.

AEROMANCIST is Book 3 of the Seven Forbidden Arts series. All books in the series are stand-alone novels with no cliffhangers, but it is recommended that they are read in chronological order. 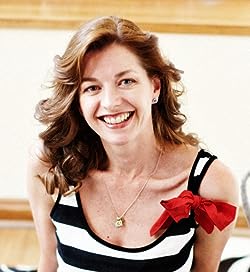 Charmaine Pauls was born in Bloemfontein, South Africa. She obtained a masters degree in Communication at the University of Potchestroom, and followed a diverse career path in journalism, public relations, advertising, communications, photography, graphic design, and brand marketing. Her writing has always been an integral part of her professions.

After relocating to France with her French husband, she fulfilled her passion to write creatively full-time. Charmaine has published six novels since 2011, as well as several short stories and articles.

When she is not writing, she likes to travel, read, and rescue cats. Charmaine currently lives in Chile with her husband and children. Their household is a linguistic mélange of Afrikaans, English, French and Spanish. 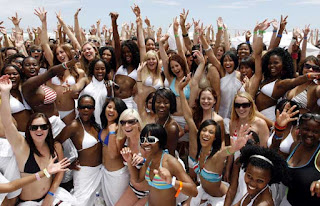 I always wanted to travel. The far-off borders of lands I only read about in books piqued my curiosity. I wanted to taste a tagine from Morocco and other dishes I couldn’t pronounce. I wanted to dance to the hypnotic music of Arabian cobra flutes and see what a Chinese silk kite looked like flying over Shanghai. I wanted to see the Persia that Aladdin journeyed to on his magical carpet and hear the wind howl through a turret window in Dracula’s castle in Transylvania. There were parts of the world that were mysteries to me, and I wanted to know these beckoning corners of the globe with all of my senses by submerging myself into their culture, culinary traditions, music, language, nature, architecture and history. After completing my studies, I backpacked through Europe, exploring most of its countries from east to west, and also parts of Denmark, Sweden and England. New civilizations opened up to me. The travel bug had bitten. Since then, I have never stopped.

There is a richness in discovering new cultures and learning new tongues, because with diversity comes appreciation. Not only do you open your heart and mind to new ideologies and philosophies, but also to the wealth of knowledge and wisdom that each culture brings. Today, thanks to global connectedness and communication, we can profit from cutting edge medical breakthroughs, like the heart transplant by Dr. Chris Barnard from Cape Town to green medicine from China. Whether your choice for enhancing your inner happiness is Tibetan meditation or Dr. Phil’s advice, everything is accessible to anyone with internet access. We can tap into the limitless well of information and apply the findings that vibrate with our unique soul and emotional makeup. To me, diversity is a privilege and a necessity for spiritual growth.

This is partly why I do not have a choice but to dole out the roles of the Seven Forbidden Arts books to an international cast. Another big influencing factor is my traveling, which greatly inspires the settings and plotlines of my stories. Using these real-life, existing locations in novels is my way of immortalizing them for myself. It is a way of recording experiences about place, ambience, food, music and language that move each and every one of the senses, as well as the feelings these encounters evoke. Coming from South Africa where we have no less than eleven official languages (and about twenty-six spoken, the last time I checked), employing a multicultural cast for my books comes as no surprise. I can’t imagine a society without the variety that has labeled South Africa the rainbow nation, simply because this is my reality and my norm. I have always been surrounded by the international influence of Portuguese, Greek, Chinese, Xhosa, Zulu, Sotho, Swazi, Ndebele, Dutch, British, Indian and French, to name just a few of the multinational faces that make up the South African crowd.

In the paranormal Seven Forbidden Arts series we meet a wide range of actors, including Japanese, French, Russian, South African, Senegalese, American, Australian, Scottish, Danish, British and Dutch. The assignments take the team on a journey from the magical forest of King Arthur in French Brittany, the oldest Franciscan monastery in Chile, the tropical beach of Costa Rica, rustic Pirate’s Island in Colombia, the Knysna elephant sanctuary in wild South Africa, the royal and the famous in the streets of London, England, and the red-light district of Amsterdam in the Netherlands, to the old-time Portuguese glory of Brazil. From a mystical firestarter to a bloodsucker, timid librarian, ambassador with a dark side, super-mixer bartender, French-Breton baron, Russian weatherman with more up his sleeve than a forecast and a surfer babe who makes her own waves, the characters will take the reader on a whirlwind world tour of action, passion, love and diverse magic.

Seven Forbidden Arts, 9 Books in a nutshell
American Cain Jones’ mission is not governed by rules or laws. Backed and funded by powerful politicians and businessmen, Cain has to protect mankind from the dawn of a new Dark Age of communication. In the Middle Ages, the church has forbidden the practice of seven specific arts. Individuals possessing one of these gifts have gone underground in fear of persecution. Cain recruits a paranormal crime taskforce of individuals possessing these arts to fight his elusive archenemy, a man only known as Godfrey, to prevent Godfrey from the world domination by global communication control he is after. 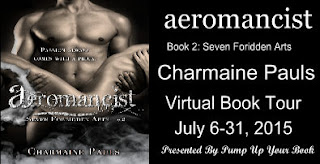 My Review
While this book is easy to read and understand, it is best to read the books in sequence as it seems that some of the plot from the second book spills over to the second book and you will have a better understanding of the characters from reading the first two books.

That being said, Lann and Kat are in a difficult stage of their relationship. Think City of Angels with Nicolas Cage and Meg Ryan. Lann's supernatural abilities lands Kat's in trouble because despite the love they share for each other, her life is in danger.

It is easy to read this book. The plot can be understood whether you have read other books in the series. There is more than one evil who is after Kat in the book. Lann strikes me as sensible. Then there is Kat. While her reactions are logical, her selfishness and lack of common sense seemed to overpower her which then makes it obvious to the reader that she is not necessarily working in the best interest of both of them.

Would I recommend this read? Yes. If you like a paranormal romance with a strong male character, you will definitely like this book.

Thank you very much for hosting Aeromancist and for your review, Ravina!