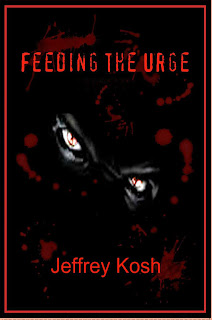 With his job as Assistant Medical Examiner for the County Morgue, Dr. Axel J. Hyde has all the right tools at his disposal to feed his Rider's urge. Traumatized at the age of ten by a pedophile, his soul has developed a hate for rapists, stalkers, and other people who 'live on other's fear'. Yet, it is the urging spirit a real creature from the Beyond, or it is just a mental construct of his subconscious? The novel tells his story, of the compromises he had to deal with to keep living among people he doesn't really understand. Unable to feel, or even to grasp normal human behavior, Axel simulates it.

Cheri Ridge had to be dead by now. Assaulted by a band of ruthless criminals, the young Cherokee dancer had no other choice but to accept a pact with an ancient spirit of Native American legends. She survived at the cost of her own soul. Now, she lives only for revenge; hunting down and killing all those responsible for her 'death'.
The paths of these two disturbed individuals are going to merge when Cheri comes hunting her tormentors inside Hyde's killing ground.

Email ThisBlogThis!Share to TwitterShare to FacebookShare to Pinterest
Labels: F