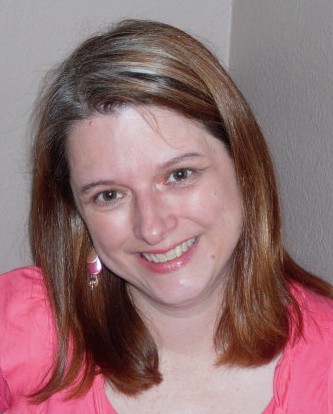 Tell us a bit about your family.
I’ve been married to a wonderful man for thirty years, and we have two incredible children. My family not only endures my writing moods, but also encourages me to pursue my writing dreams. I don’t know what I’d do without them.

How do you work through self-doubts and fear?
My self-doubts usually come in waves. I’ll be up one day and down the next. Whenever I’m struggling, I usually talk my doubts through with my husband or my daughter, who very quickly remind me of what I’ve accomplished. They don’t allow me to wallow in self-pity very long.

What scares you the most?
Not living long enough.

What makes you happiest?
When my husband and children are happy, I’m happy. If something isn’t right with one of them, I agonize over it. My family is very important to me. I’ve gone through some tough times lately, and my family has been my rock. I’m happiest when I’m with them.

What’s your greatest character strength?
I’m a good listener. Somehow people gravitate towards me because I have a very sympathetic heart. I can’t stand for people to hurt, so I end up being everyone’s comforter, which can be very rewarding because I feel like I help people feel better. Unfortunately, sometimes it’s hard to find comfort when I need it. So it’s kind of a two-edged sword.

Why do you write?
I write because I have an overactive imagination that needs an outlet. I used to spend a lot of time daydreaming about being other places with other people doing other things. Wishing to be somewhere else isn’t very healthy. One day I got the idea to channel my wayward thoughts toward fiction writing. It’s a lot healthier way to use my imagination.

Sometimes the end is only the beginning.

Almost a year after her husband dies, Ellie Marston opens the file for Tab’s last manuscript, a thriller so compelling it reads like a true story. His manuscript needs an ending, so Ellie writes the obvious conclusion. The same morning she types The End, her career as an assistant district attorney falls apart. Accused of throwing the high profile Patterson case, she resigns in disgrace. The only friend she has left in the criminal justice system is Det. Paul Santiago, a man she has worked closely with on numerous cases. While she was married to Tab, she squashed her growing feelings for Paul, determined to make her deteriorating marriage work, but circumstances after Tab’s death bring Ellie and Paul together.

Ellie’s paranoia increases as she becomes convinced Patterson is harassing her, certain that someone is searching her belongings for any hidden evidence she might have that would reopen his case. It becomes clear there was a conspiracy to release Patterson. She seeks help from her former co-worker, Presley Sinclair, but soon discovers Presley is deeply involved in the subsequent cover up. Worse yet, Tab’s affair with Presley drew him into the twisted conspiracy as well.

Together Paul and Ellie attempt to uncover the conspiracy in the District Attorney’s office, the set up that forced her to resign. The key to the mystery is hidden in the pages of Tab’s manuscript. Once Paul and Ellie come to the correct conclusion—Tab’s manuscript is a true story and Ellie’s added ending is the only logical outcome—Ellie attempts to reveal Patterson’s hidden partner in the District Attorney’s office, but the co-conspirator she uncovers is not whom she suspects. Danger swirls around her as she steps further and further into the conspirator’s trap.

a Rafflecopter giveaway
at 12:30

Thanks for hosting me today!

I give thanks, Denise, for the blurb about you on Just Romantic Suspense last night; otherwise, I might not have "met" you for another while. I crave romantic suspense stories! I've read romance for years, but with mystery and intrigue added--that's my fave! So I liked you on FB and heard about this post...and here I am. :-) I bought The End and put your others on my wish list at Amazon. Yea! Thanks for the post. jdh2690@gmail.com