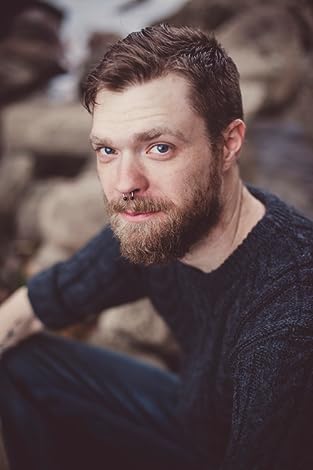 When did you first know you could be a writer?
When I decided that my favorite authors weren’t pumping out books fast enough. I wrote an epic story of man against nature. Characters grew, loved, fought, and died. Valuable lessons were learned. The epic tale spanned over forty pages. It was a rip-off of Jaws. My grade-school classmates loved it.

What inspires you to write and why?
Attention. I love attention.

What genre are you most comfortable writing?
Erotica featuring the forbidden love between time traveling robots from the future, and fruit.

What inspired you to write your first book?
What are we defining as a book? That Jaws rip-off felt like a book at the time.

Did writing this book teach you anything and what was it?
It taught me that private investigators don’t typically have lives like the one Ezzy Morgan leads.

A beautiful young escort is strangled to death, her corpse discarded in a back alley dumpster. The killer's identity is a mystery, and the homicide has gone almost unnoticed. Welcome to Middleton, where these things happen every night and the police are too busy or too jaded to notice.
Ezzy Morgan once roamed these blue collar streets as a paramedic. Here she was weaned from innocence and taught the cold-blooded nature of the human heart. Now she works as a private detective and has shut the door on shootings, stabbings, and the constant specter of death. But her life is about to be shattered when the dead woman's only surviving friend seeks her out, looking for justice.

Clues are sparse and the trail seems to be a dead end before it has even begun. But the mystery takes a macabre turn after another death is dropped at Ezzy's feet, and she's hit with an ultimatum from the world of organized crime: find the killer in the next twenty-four hours . . . or die.

This murder mystery turned terrifying struggle between life and death will expose a cover-up spanning two generations involving a sadistic psychopath, a burned-out cop with a cocaine habit, and a powerful man willing to commit murder just to ensure a secret stays buried.

With the noose tightening and the clock winding down to her own demise, Ezzy must come to terms with a darkness she thought she'd left behind years ago. Nightfall has come to Middleton, and she might not live to see the dawn.

Brian White has crafted a captivating tale in the new noir. Nightfall, with its crisp prose and razor-sharp dialogue, is a thrilling tale of crime and suspense that grips you by the throat and doesn't let go until the end.