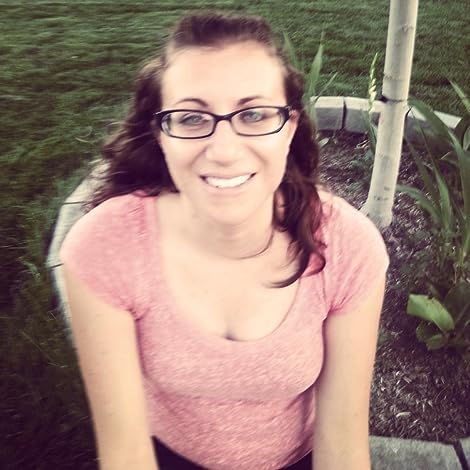 I’m having self-doubts and fear AS I TYPE THIS. I have no clue what I’m doing half the time, but Winston Churchill said, “If you’re going through hell, keep going.” And really, I think the only way to work through those insecurities is that simple. Just keep going!  When it comes to writing and publishing, there’s ALWAYS going to be something inciting fear and causing anxiety.

It’s sort of like having children. When they’re first born, you’re worried they’ll stop breathing in their sleep; when they start walking, you worry they’re going to run into a sharp corner and poke their eyes out; when they hit their teens you’ve got drugs, driving, dating (all those terrible D words).

Writing is no different. We’re scared to write badly, we’re scared to share our work, we’re scared that people will hate it, we’re scared people will love it and then we won’t write anything as good ever again! There will always be fear, no matter what stage you’re at, no matter how successful or unsuccessful you are. There will always be self-doubt, we’re human. My philosophy is, just stay true to yourself, and keep on swimming.
Have you always enjoyed writing?
I wish I could say I was one of those people who started writing in the womb, but the truth is I was never big on writing stories as a child (although I did write crappy poetry as a teen). It wasn’t until my mid-late twenties that I sat down and wrote a novel—after writing nothing except professional e-mails and such for work.  But, once I started, I couldn’t stop. It quickly became an addiction, and a goal. The first book I wrote was so terrible, I had to keep going until I wrote something better. And the writing itself became cathartic. I didn’t realize how much I needed a creative outlet until I found it, and I haven’t looked back.
What books did you love growing up?
When I was about eleven, my older sister brought home a book by Christopher Pike called Remember Me. It’s about a teenage girl who is shoved off the balcony of an apartment on her sixteenth birthday. She doesn’t see who kills her, they think it’s a suicide, and the rest of the book she follows around her friends and the detective assigned to her case to try and track down her killer. It was the first time I had ever seen/read a YA paranormal book, and I was hooked immediately. I read EVERYTHING Christopher Pike put out when I was a pre-teen/teen, and I still have all of those books in my bookshelf! My poor husband wails and moans every time we move and he has to lug around my old books. I also loved LJ Smith, RL Stine, and as a teen moved into Stephen King, Dean Koontz…I really had a thing for paranormal and creepy stuff.

Who is your favorite author?
I don’t think I could EVER pick just one, but I still love my old YA books from Christopher Pike. I also adore Meg Cabot, Sophie Kinsella, and Tessa Dare.

What genre of books do you adore?
I have a sick addiction to historical romance novels. I particularly like ones set in Regency and Victorian England, but the Scottish romance novels can be pretty hot, too. I don’t know what it is about that time period, I mean, in real life I don’t think I could be into a guy in breeches, but for some reason it just works.

What book should everybody read at least once?
I can’t think of one single book that would encapsulate this, but I think everyone should read something that exposes them to a culture entirely different from the one they live in. For example, I read Shogun by James Clavell when I was sixteen. It was fascinating to fall into a time and society that was unlike anything I had ever experienced in my life. Books like that teach you more than reading a text book or taking a class. The characters are so well drawn, you’re sucked into an entirely different world, and it’s almost like experiencing it yourself. I think it made me more open minded, so when I got older and travelled to other countries, I was more open to strange and new experiences.

How did you develop your writing?

Slowly, painfully, and with a LOT of wine. Also…I attended local writer’s conferences and workshops, I read everything I could get my hands on about writing craft from my local library, and most importantly: I kept writing.

Writing is like anything else. If you want to be a professional baseball player, you can’t expect to walk up to bat and hit one out of the field on your first shot (although there is always beginners luck. I hate those people!). You have to practice, which means you have to write. A LOT.

For me, I felt like it took me longer than most. I spent years and years writing and throwing things away, re-writing, throwing that away too, wailing and moaning in frustration and agony before writing some more. I’m convinced it’s the only way to get better at writing. Just keep going. Eventually, you will get there. Don’t give up! And finish what you start. I made the mistake of writing about 40 bazillion half-finished novels and now I’m really good at beginnings but my endings stink!

Lucy London puts the word genius to shame. Having obtained her PhD in microbiology by the age of twenty, she's amassed a wealth of knowledge, but one subject still eludes her—people. The pendulum of passions experienced by those around her both confuses and intrigues her, so when she’s offered a grant to study emotion as a pathogen, she jumps on the opportunity.

When her attempts to come up with an actual experiment quickly drop from lackluster to nonexistent, she’s given a choice: figure out how to conduct a groundbreaking study on passion, or lose both the grant and her position at the university. Put on leave until she can crack the perfect proposal, she finds there’s only one way she can study emotions: by experiencing them herself.

Enter Jensen Walker, Lucy's neighbor and the one person on the planet she finds strangely and maddeningly appealing. Jensen's life is the stuff of campus legend, messy, emotional, complicated—in short, the perfect starting point for Lucy's study. When her tenaciousness wears him down and he consents to help her, sparks fly. To her surprise, Lucy finds herself battling with her own emotions, as foreign as they are intense. With the clock ticking on her deadline, Lucy must decide what's more important: analyzing her passions...or giving in to them?