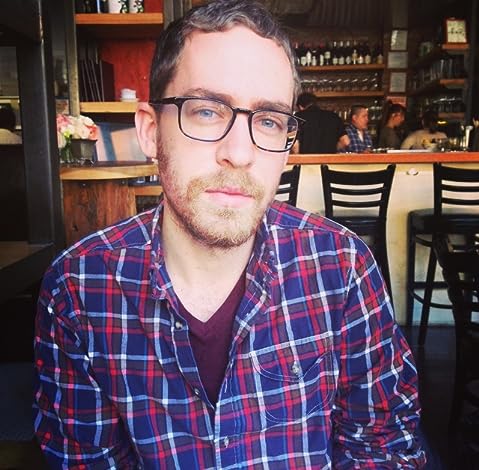 How do you work through self-doubts and fear?
I’ve never been able to talk myself out of self-doubt and fear. I don’t recommend anyone else tries it. You just end up thinking in circles. The second you think you’ve rationalized away your issues, they come raring back and you return to the same sort of circular thinking. Instead, I work through self-doubt and fear by getting honest feedback on my writing from strangers. Most self-doubt and fear comes from uncertainty. In general, and specifically in writing. But once you share your writing with others you remove a lot of that uncertainty. You see and feel how they respond. If there are big problems to deal with, you identify them. If the writing is basically there, then you can accept it. Most important—you go through the emotional experience of handling the responses of strangers. And that inoculates you. It’s easier to move forward when you know how others react to your work, you know how you react to their reactions, and there are fewer wild cards in play. Eliminating uncertainty removes most of the problems; lowering expectations handles the rest.

What scares you the most?
I used to be scared of “failure” as a writer. But that’s such a nebulous term. At the time I defined it in terms of conventional measures of success. Money, mostly money. But even broader I dreamed of earning enough money from writing to enable me to do whatever I wanted and make whatever I wanted, at any time. But that’s a silly dream, for a few reasons. I’ve spent periods of my life where I did nothing but write the books I wanted to write, and I didn’t have to become independently wealthy to make that happen. I’ve also traveled and done plenty of other things I thought I needed to be a financially successful writer to achieve, and did so sans-financial success from writing. Most of what I hoped to get out of writing success either wasn’t as dependent on writing success as I imagined, or was something that was ridiculous to think I could get from writing. So I’m not as scared of “failure” anymore, and that eliminates the big rocks of self-doubt and fear. The remaining fears are small—smaller than my drive to write, at least, which makes it easy to let the writing overtake them.

What makes you happiest?
In writing—a toss up between sitting and flowing through the work for a few hours, and hearing the response of a stranger who has read my work and connected emotionally with it. These are the two big rewards of writing. Internal and external, they feed different parts of you. Both feel great. And both are necessary.

What’s your greatest character strength?
I can finish and release things. Every year I better understand how important, and rare, this is.

What’s your weakest character trait?
I’m sure this is a much longer list, but I don’t dwell on it.

Why do you write?
Because I have to—it’s a compulsion as much as anything else. If I don’t write, I don’t feel good. And if I have a story in mind and I don’t write it, then I feel I’m letting the story down. I enjoy writing, but, even more, I feel compelled to write. I’ve been doing it my whole life. It’s hard to explain.

Have you always enjoyed writing?
Yes. Not always writing per se, but always storytelling. I’ve been stumbling on characters, and worlds, and stories my whole life. Since I was five. The medium has changed, but this is something I’ve done for as long as I can remember.

When you die, your spirit wakes in the north, in the City of the Dead. There, you wander the cold until one of your living loved ones finds you, says "Goodbye," and Sends you to the next world. After her parents die, 12-year-old Sophie refuses to release their spirits. Instead, she resolves to travel to the City of the Dead to bring her mother and father’s spirits back home with her. Taking the long pilgrimage north with her gruff & distant grandmother—by train, by foot, by boat; over ruined mountains and plains and oceans—Sophie struggles to return what death stole from her. Yet the journey offers her many hard, unexpected lessons—what to hold on to, when to let go, and who she must truly bring back to life.

Email ThisBlogThis!Share to TwitterShare to FacebookShare to Pinterest
Labels: Craig Staufenberg, Middle Grade, The Girl Who Came Back to Life: A Fairytale