Mikey D. B. Shares His Inspiration for #SagaoftheNine #Area38 - #30SecondstoMars 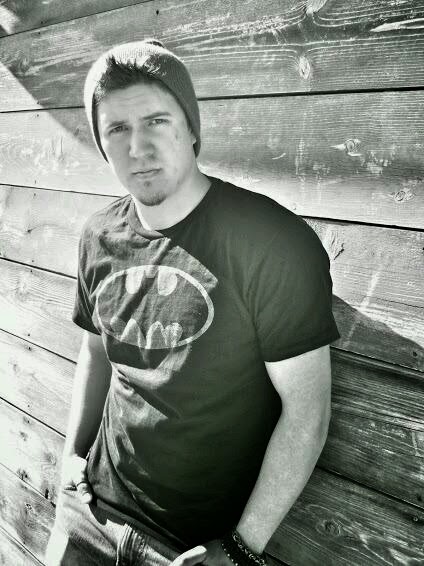 What inspired me to write my book?

This is War by 30 Seconds to Mars.  I got that album for Christmas in 2009, and the second I heard the first song, Escape, my mind went crazy.  Youtube it!  It’s the only way to properly visualize what I’m about to tell you.

As that first song played, I imagined a man, tortured and beaten, sitting in a chair in the middle of an abandoned football stadium.  The war drums built and built and as they did, another man, a rebel, stepped into the scene and began to circle the one in the chair.  As the lyrics then played, I pictured that it’s what the rebel would be saying to the man in the chair.

Time to escape the clutches of a name,
No this is not a game,
It’s just the beginning.

I don’t believe in fate but the bottom line,
It’s time to pay,
You know you’ve got it coming.

The way Jared Leto says these words, it’s as if he’s seeking revenge for the destitute and war torn lifestyle the man in the chair caused.  Just then, he and a crowd of people shouts:

I was listening to that song on a major sound system, taking in the details of all the instruments and voices, and when this declaration of war sounded out, the bass shook and goose bumps shot all up and down my arms.  The rest is history really.  I wanted to write about a revolution, and that album became a major player in my writing process.  I did end up getting stuck at one point.  The plot became a poor version of The Hunger Games that had a lot to do with some drama I was dealing with in the dating world.  That whole sad realization put the project on hold and I started a second one that ended up becoming the missing half to Area 38.

I do have to say, that the ending though, it was my favorite part to write and is my favorite part to ask people about.  I came up with it while sitting on my bed.  No music this time, just was pondering and it came.  I won’t give any spoilers, but it leaves the reader asking “How--what just happened?”  It makes them mad because it seems so contradicting to the nature of a character, but that’s what I love about it.

This book, Saga of the Nine: Area 38 leaves the reader asking these questions, and more, in utter confusion, while the rest of the three books in the saga are meant to answer those concerns.  The ending seems random to some, but that’s only because the reader is missing a huge middle chunk.  They’ve read ABC and then X.  They don’t know the rest of the alphabet, and that’s where books two, three and four come in.

Change affects everyone and it is no different for Jackson. Living in Area 38 for as long as he can remember, he knows of no better way to exist than under the tyrannical rule of Christopher Stone, son of Stewart Stone from The Nine of The United Governmental Areas, aka The UGA. This all takes a dramatic turn when Jackson finds a red, metal box buried in his yard, filled with illegal artifacts—journals, a Bible, CDs, etc.—that are from a man of whom he has no recollection of: Mica Rouge.

The year is 2036 and Mica, unlike Jackson, does know of a better way of life but is torn apart as he sees his country, The United States of America, crumbling from within by group known as The Political Mafia. The Mafia has infiltrated levels upon levels of governmental resources and it is up to Mica and a vigilante group known as The USA Division to stop them and their dark Utopian vision. To their demise, and at the country's expense, The Division fails and has no choice but to watch The Constitution dissolve and transform into The UGA.

In a final stand, having not given up hope, Mica and what is left of The Division, give one final fight in Colorado, or better known as Area 38. However, all is lost as The Division is betrayed by one of their own, Stewart Stone. Mica is left with no choice but to hide in exile, leaving what little history he can of himself and the great United States of America, with his wife, long time friends, and newly born son in hopes that they will one day finish what he could not.

Jackson, having found this legacy twenty-seven years later, decides to start the war that will end The Nine, and he with an outcast group known as The Raiders, begins his fight with Christopher Stone in Area 38. Filled with betrayal, unity, despair, hope, hate and love Area 38 follows both Mica and Jackson in their attempts to restore what they believe to be true freedom, and where one fails, the other rises to the seemingly impossible challenge.

Email ThisBlogThis!Share to TwitterShare to FacebookShare to Pinterest
Labels: 30 Seconds to Mars, Area 38, Dystopian Thriller, Mikey D. B., Saga of the Nine, This is War