The Magistrate (The Prisonworld Trilogy) by Keira Michelle Telford 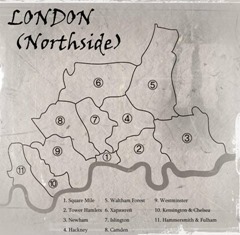 Five years ago …
An explosion shakes the ground and sends a plume of thick black smoke up into the air, a raging ball of fire beneath it. Debris is thrown up and comes crashing back down to earth: bits of stone and brick, chunks of twisted metal, and scraps of human flesh.
The entire western elevation of Hamilton House—an imposing Victorian building located on the Victoria Embankment in the EC4 zone of London, right at the edge of the Square Mile—is destroyed, leaving a gaping, fiery hole from which the screams of the injured echo into the deserted Inner Temple Gardens beside it.
After the blast, and the brief moment of hollow silence following it, the normally tranquil area around Victoria Embankment is flooded with noise.
Sirens.
Fire.
Police.
Medics.
In the coming hours, the news will report that the Home Secretary is dead, along with several senior Section Five officers. Many more people—other Section Five officers included—were injured, and the first to be dragged from the wreckage by a couple of passing pedestrians is a forty-odd-year-old man. His shoulder-length light brown hair, which is normally pulled back into a neat ponytail, is bedraggled and scruffy. Dressed like a proper gentleman—in other words, a toff—he’s wearing an expensive suit, complete with waistcoat and silk puff tie.
His tweed flat cap falls off, getting trampled on as the two conscientious humanitarians pull him across Inner Temple Gardens and lie him down on the soft green grass away from the fire and the smoke, helping him to breathe.