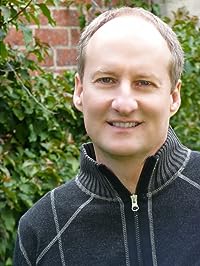 A common thing I hear a lot among writers and indeed among artists in general is that there is always a sense of self-doubt and fear just lurking not too far beneath the surface and I am no exception. What does help is knowing that such feelings and fears are very common indeed so at least I don’t feel like it is my own individual problem and that I need to get serious mental therapy at the very first opportunity. Not that that won’t help, either, of course. In many cases, without feedback, I have no idea if anything that I write is any good and will have any positive compact on a reader, either to entertain, inform or enlighten in any way, shape or form so generally what I’ll do is show my work to a trusted colleague and ask them to give me some honest feedback and tell me if what I’ve written is worth pursuing or should be reworked or even trashed. Without such feedback, the danger is to think that everything I have written is either a masterpiece or on bad days, just plain junk. Sometimes I’m surprised to be told that what I have written is really good and should be pursued further and thankfully that is more common than being told the opposite.

What scares you the most?

Writing what I think is wonderful material but not having a single reader of the work agree, and, worst case scenario, all readers agree that it sucks rocks. Seriously.

What makes you happiest?

Writing something that I care deeply about, tremendously enjoy the writing experience and have readers commend the writing and admit to having being moved in some way by the reading of it. Yay

How do you deal with negative reviews?

To be honest, I think the only way to deal with negative reviews is not to read them. At all. Which I have yet to train myself to do as I have read every single review I have received (laughs). I had no idea of the power of a negative review and of how hurtful they can actually feel to the recipient until I received my first one. To the reviewer I’m sure that they’re just being truthful in the moment and sharing with the world that what they just read was a total piece of crap but to the writer of the piece, reading that, it’s like someone just stabbed them with a very sharp knife. I guess we writers are very sensitive creatures at heart and only want people to love our work and rave about our genius but that’s probably not the reality we live in, at present. And certainly not on Goodreads where some of the reviews can be downright savage

As far as writing goes, I would say that one of my main character strengths is discipline. You can be the most terrific writer the world has even seen but if you don’t have the discipline to sit in a chair and write, write, write until you finish the project, then your talents have gone to waste and have not been shared with the world.

Procrastination (smiles). As much as I know that I have to sit in that chair and face the empty page again and again, I still can come up with hundreds of reasons why I shouldn’t and many pressing chores to do rather than write, like check my twitter feed and see what others are up to on Facebook.

Why do you write?

There’s no other feeling quite like it and I’m more “me” when I write than the grumpy and unfulfilled person I become when I don’t.