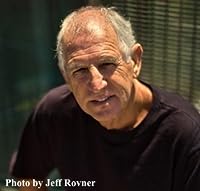 Q. How long have you been writing?
A. I didn’t grow up in an environment in which reading and other academic pursuits was encouraged or celebrated. It was not until my final year of high school when the system was providing me with a diploma simply to get rid of me that I read my first novel: Thomas Hardy ~ Return Of The Native. I met Eustacia Vye and I’ve never since been quite the same. Michener’s wonderful novel, Caravans was next. From that time forward I have been writing in my head. But I didn’t believe I could be a writer and frankly had no understanding of the significance of pursuing the craft. I just loved telling stories in my head. It was not until the early 1980s that I began actually writing my stories on paper. Two very learned men became pivotal in my life in that they saw in me a thing I did not. It was because of those chance encounters I discovered I have always been a writer. Writing is the only craft I should have ever pursued. But as both of those wise men said to me more than once over my laments: “We arrive when we arrive. Give us the best of you while you can.”
Q. How has your upbringing influenced your writing?
A. Prior to the time illumination came into my life, I dwelled in a toxic existence of quiet self-consciousness over my desperately humble upbringing. I really saw my family history as an embarrassment. I coupled that to a debilitating lack of self-esteem believing that I was just not as intelligent or as good a human being as most people: inferior really. It was a sense imparted to me with the high school diploma, which was issued to ensure they never saw me again. I made the mistake of making intellect synonymous with formal education. Of course, the two are in no way connected. Some of the most ignorant people I’ve ever encountered have Harvard Degrees hanging above their desks. ~ These days I embrace my didactic nature and see the rich cultural history of my parents: Dust-bowl Okies on my father’s side and Acadian Cajuns on my mother’s. I celebrate the passion of my cultural DNA and see myself as one of the luckiest writers working today to have that colorful, rich fabric of history from which to draw. This good fortune potentially places me squarely in the company of great writers like Faulkner, Steinbeck, Fitzgerald and others. It is my responsibility to fulfill that destiny. Charlie Caldwell is one character along the path on that journey.
Q. What made you want to be a writer?
A. I love story telling. And I believe I’m good at it. I certainly don’t want to sound haughty, but I’m quite good at it. I think when a person might become as good at something as I believe I might as a writer; one has a responsibility to go do it.
Q. How often do you write?
A. I write everyday. I come late to this wonderful art and I fear I will die before I can write everything that is within me. So, it is with a sense of urgency, and tacit commitment, that I begin each writing day.
Q. Do you have a writing schedule?
A. When I’m in calm water, a term I use to describe the absence of drama or psychological clutter in my life, my writing day begins around 3:00 a.m. and continues unmolested to around mid day. After that, I frequently find life invading my creative mind. I write seven days a week and feel grumpy or jiggy if I’m prevented from writing. Writing is not work to me. Writing is a rejuvenating life force. I can’t imagine not writing. Unfortunately, I have the same demands in my life we all deal with. For example, along with the release of my new novel, Thick Fog In Pacheco Pass, I’m beginning construction on a new home and it is interrupting my schedule. This does not make me happy. Writing makes me happy.
Q. Do you make time to read?
A. Yes. It is pure folly to believe one can achieve any meaningful competence of craft without reading extensively…and I don’t mean frivolous work for little more than entertainment value. Serious writers will be reading and studying the works of the best writers of our time as well as the important writers of the 19th and 20th Centuries who forged the benchmarks of craft against which good contemporary novelists will be measured: John Irving, Jane Smiley, Douglas Kennedy, Joyce Carol Oates, Robert Olen Butler, Steven King ~ Faulkner, Tennessee Williams, Fitzgerald, Steinbeck—far too many to list, but you get the idea. I’ve lost track of how many books I’ve read. Suffice to say, I will not live long enough to read all of the great works I should read.