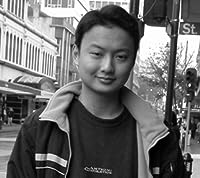 Location and life experiences can really influence writing. Can you tell us where you grew up and where you now live?
I was born to ethnic Chinese parents in Malaysia, and I grew up as a Christian in a society that’s predominantly Muslim. So the sound of Methodist hymns being sung in church on a Sunday is as familiar to me as the muezzin broadcasting the Islamic call of prayer on a Friday. Exotic, yes, but therein lies the dark side of Malaysia—the different communities are often segregated by a confusing array of racial and religious laws. And it’s a situation that’s gotten even more stifling in recent years.
At the age of 19, I left Malaysia to further my studies in New Zealand. The wide, open spaces and the liberal attitude towards freedom of expression were a revelation for me. I enjoyed the lifestyle so much that I decided to stay. I now call New Zealand home.
My life experiences have given me a unique perspective on the relationship betweenIslam and the West. I understand the subtleties and tensions better than most, and I try to convey all of this through thrillers that are both visceral and authentic. I call my style of writing ‘faction’—real-world themes propelled by a dramatic narrative.
Tell us about your new book. What’s it about and why did you write it?
Fallen Angel is the story of a counterterrorism operative named Kendra Shaw. After serving a decade abroad in the War of Terror, she returns home to New Zealand, struggling to recover from post-traumatic stress disorder.
One afternoon, things take an dramatic turn when Kendra glimpses a familiar face on a busy street corner. His name is Ryan Hosseini, and he’s the man she left behind years ago when she decided to serve her country. Haunted by old regrets and wanting to make amends, Kendra decides to approach him. But any hope of a positive reunion is shattered when a bomb explodes and rips through the lunchtime crowd. And amidst the violence, Ryan disappears.
Now Kendra is forced to revert to her old instincts as a hunter, and she’s plunged headlong into one final mission—to uncover the truth about Ryan’s motives and lay her demons to rest.
I wrote Fallen Angel as a tribute to our returning veterans. While the conflicts in Iraq and Afghanistan are no longer occupying the headlines, their legacy of trauma and anguish will last a lifetime. We should never forget the sacrifices of our veterans, many of whom are still struggling with physical and psychological injuries. Where possible, we should do all we can to lobby for increased care and support for them.
What writing are you most proud of?
I am most proud of my first book, The Blasphemer. It’s the story of a progressive Muslim author named Abraham Khan who releases a satirical novel questioning Islam. This enrages a terror group named Al-Shukur, and they issue a fatwa—a religious edict calling for his death.
It’s up to an operative named Maya Raines to protect Abraham Khan’s life. But as the attacks on him grow increasingly bloody and innocent lives are lost, Maya finds herself asking the most difficult question of all—how far would you go to protect one man’s right to speak?
The Blasphemer encapsulates everything I ever wanted to say about the collision between religion doctrine and secular rights. It also offers insight into an aspect of Islam that is seldom discussed in the media—the practice of Sufism, which is gentler and more progressive philosophy that offers an alternative to the aggressive Wahhabism embraced by groups like Al-Qaeda.
Who was your favourite author while growing up?
Growing up, I loved reading Charles Dickens. His stories were not just sweeping dramas, but they also offered vital social commentary. David Copperfield is, by and far, the best example of this.
It’s a rough-and-tumble story that charts its hero’s ascent from childhood, and it has
everything you would ever want in a great story—appalling tragedy, grand villains, starcrossed lovers, heart-stopping twists and turns, gritty meditations on life and death, and finally, a well-deserved triumph.
Perhaps more so than any author before him, Charles Dickens successfully blurred the lines between popular fiction and literary fiction. In his skilled hands, there was often no distinction between the two philosophies. He proved it was possible to blend crowd-pleasing entertainment with serious dramatic intent. And it’s that Dickensian sensibility that’s always stayed with me.
Why do you write?
Thriller author David Morrell once said that writing fiction is a form of psychoanalysis. It’s something we do in order to come to terms with our traumas. And hopefully, in the process, we learn to purge our fears.
I couldn’t agree more. I was born into a very conservative society, and I spent years at a time being unable to express myself fully. Writing fiction therefore became the best possible outlet for me. It still is.