A woman’s love for shoes has no boundaries. Million’s of women from all lifestyles and ages, crossing borders around the globe, care not of the necessity of shoes as much as they care of the aesthetic quality of them. The likelihood is high you know at least one friend or family member that has a love for shoes. In fact, you may be captivated yourself.

A woman’s love of a pair of shoes has been known to trump comfort for many an occasion. Some women hold the view shoes are the glue that binds an outfit together, while others base their outfit on their favorite pair of trendy shoes. The fashion of trendy and designer shoes is seen in our media traveling the globe with Stilettos on top. Carrie Bradshaw from Sex in the City is known for her obsession with designer shoes like Manolo Blahniks and Christian Louboutin. She estimates she has a $40,000 shoe collection in her New York City apartment. Carrie is a fictional character that portrays women’s obsession with shoes to an extreme. The Consumer Reports National Research Center for the shopping magazine ShopSmart conducted a poll in 2007 on women and shoes. They found that the average American woman owns 19 pairs of shoes, while 15% of women own more than 30 pairs. “Women obviously love their shoes and are willing to go to great lengths for them,” said Lisa Lee Freeman, editor-in-chief of ShopSmart.

Why are women obsessed with shoes? When did this fascination begin? A brief look at the history of shoes along with cultural factors and philosophy will help glide us a step further in understanding women’s obsession with shoes. 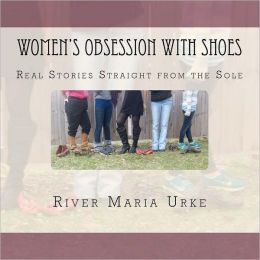