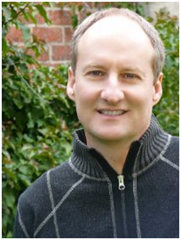 How does the experience of writing a play differ from that of writing a novel?
For me, they pose a very different set of challenges. The limitations involved in writing a play are very strict and confining and can be very difficult to adhere to or overcome. In a play, the entire action is taking place in real time and although you can play around with creative lighting, scene changes, blocking and so on, so much is dependent on the dialogue itself. Mostly everything has to be conveyed through believable dialogue between the characters on stage and only one person can speak at a time. The number of characters you can put on a stage at any one time tends to determine what can happen in a scene.
Having said that, it’s also very true that knowing and working within the limitations can be very freeing and can very much improve the work. Dialogue has to be economical and very, very precise, for instance.
And writing the novel?
Writing the novel is almost like going to the other extreme where there are unlimitless possibilities. You can write for a cast of thousands, travel back and forth around the world and through time itself and you have the opportunity of allowing your characters to speak pages and pages about their inner-most thoughts. It’s wonderful.
You enjoy writing having in a medium that has less limitations, then?
Yes and no. They are both just different beasts, really. The dangers of having too few limitations are that, in the novel, for instance, I can write pages about something that really doesn’t serve the characters or the plot but I’m so in love with my writing that I find it hard to curb myself. That happens a lot and a good editor should be able to spot those areas and respectfully run a red pen through them (laughs). A really strict editor is a writer’s godsend, to be honest.
Do you have an organized process or tips for writing well? Do you have a writing schedule?
I don’t write to a schedule usually but I do try to write every day that I’m working on a project. Some days I could write lots and other days very little but I try not to force myself to write if the story isn’t flowing. Usually when I find myself slowing down, on further analysis, I discover within myself that I’ve come to some kind of resistance in the writing and it serves me to stop and take a closer look at what that might be.
How do you do that? What kind of resistances are you concerned about?
Resistances come in many flavors and can be very hard to ascertain. It can require some deep introspection but doing so usually pays dividends so I try to stay as aware and alert to them as I can because if I don’t, ultimately the work can suffer. Sometimes, it’s just a question that I have been working too much at the expense of play or relaxation and the playful part of myself feels restless and maybe a little cheated. A simple remedy would be to take some time off and go to the beach or do something fun. A more serious kind of resistance could indicate that I’ve lost my way in the story or rather that I’ve strayed from the truth in some way. Maybe I’m forcing the characters to follow some plotting that I want to have happen and it’s not being respectful to the characters and may come across in the read as being false.
Explain how following a plot can be disrespectful to the characters of the story? Are you suggesting that in some way the characters that you have created have opinions and feelings so that they may feel “disrespected” in some way?
(smiles) Yes, that’s exactly what I’m suggesting. One of the keys for me when writing characters is getting to that point when the characters in the story have, in some sense, taken on a life of their own, almost as if they have become real people in my head and on the page. When that starts to happen, I know that I am writing a story that has life in it; a passion or perhaps an integrity… which is very hard to define. When I’m writing a story and I don’t reach that point where the characters have become real, then I know that the story is not as good as it can be and a reader won’t be as engaged as when the characters have more… dimensionality, is perhaps a good description to use.