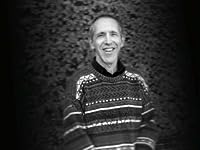 Tell us a bit about your family: My grandparents came from Russia and east Europe, Hungary, and settled in the United States and Canada in the late 19th century. My mother’s family settled in Georgia and Massachusetts. All of them ultimately made their way up to Maine, where I was born. My parents met when they were college students, my father at Bowdoin and my mother at Wellesley. This was during WW II. That makes my sister, brother and I part of the baby Boomer generation. My three kids, Leah, William and Stephen belong to the Millennial Generation. Leah is 17 and the twins are 15. We all live in Massachusetts now.
How do you work through self-doubts and fear? In writing I have no self-doubts. But as a shy person, I have had plenty of self-doubts that I preferred to slide past without facing. Dating was always terrible. Public speaking impossible. But since I have published and have spoken at various literary functions, I’ve discovered that as long as I’m talking about something I’m comfortable with, I do okay. And dating, of course, is a thing of the past.
What scares you the most? The end of the world, running out of money before the end of the world, forgetting to put on my pants before I run out of money.
What’s your greatest character strength? Perseverance. Through all of the rejections I have received from agents and publishers, I haven’t stopped and have finally achieved some success.
What’s your weakest character trait? Impatience. Frustration when things don’t go as planned. That goes hand-in-hand with the self-doubts.