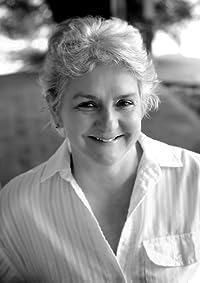 What books did you love growing up?

I was an avid reader as a child. I loved Peter Pan, Winnie the Pooh, ate up all of Enid Blyton’s series – Famous Five rather than Secret Seven. Then we had Blinky Bill (I’m an Australian – Blinky is a koala). Later, if it had a horse in it, I’d read it. My Friend Flicka, Black Beauty, the Silver Brumby, the wonderful “Jill” books.

Who is your favorite author?

That’s always a hard question. Terry Pratchett is a no brainer. I love his sense of humour and his wisdom. Elizabeth Moon, Jack McDevitt, Isaac Asimov, Agatha Christie, Anne McCaffrey – all of those are high on the list.

What book genre of books do you adore?

I tend to look for science fiction and fantasy, but I’m not keen on dystopian.

Are there any books you really don’t enjoy?

Location and life experiences can really influence writing, tell us where you grew up and where you now live?

My family migrated from the Netherlands to Perth, Australia, when I was four years old, so I grew up with some Dutch tradition and an awful lot of Aussie sun, sand and surf. Those influences are apparent in my historical fiction novel, To Die a Dry Death, which concerns the 1629 wreck of the Dutch merchantman, Batavia, on the Abrolhos islands off the coast of Western Australia, and the subsequent horrific events.

Where do you get your inspiration from?

Often from history, with a little extrapolation added, then shaken. I have a BA(Hons) in history and you’ll find historical references in much of my work. For instance, in The Iron Admiral: Conspiracy, the alien Ptorix contrive a massacre which they blame on the humans. The inspiration came from the incident Adolf Hitler used to commence a war with Poland in 1939. The society I created for Morgan’s Choice and Morgan’s Return is based on the Indian caste system. My next book will be loosely based on a real, audacious escape from an Australian penal colony. Except it will be set in Morgan Selwood’s universe.

What is hardest – getting published, writing or marketing?

Most definitely marketing. It rarely comes naturally to writers, who tend to be an introverted bunch. That said, I don’t find writing easy, either. I don’t believes in Muses, the words don’t flow from my fingertips. It’s a craft and I work hard at trying to do it well.

What other jobs have you had in your life?

Ah, jobs. That’s how you learn about life. I’ve washed dishes in a hospital kitchen, spent a few months in the army, been a researcher in the Australian archives, taught primary school and been a clerk. Then I saw the light and became a computer programmer. From there on I worked in the computer industry. When I retired I was a senior systems analyst. That experience shows up in both my Morgan Selwood books and my Iron Admiral books.

If you could live anywhere in the world where would it be?

I’ve been privileged to travel to quite a few places. I love Amsterdam – but I wouldn’t want to live there. I don’t love New York (I share my experience there with readers in White Tiger). Scotland is beautiful, as is the Lakes District in UK, there are lots of other places I’d like to see. But I live near the sea in a sub-tropical climate. The town is big enough to cater for most things we need, and small enough to be easy going. I’m happy where I am, thanks.

If you could have a dinner party and invite anyone dead or alive, who would you ask?

Leonardo da Vinci. What a brilliant man. He could do anything and he snubbed his nose at convention. Apart from his well known art, work in anatomy and design of flying machines, I totally believe he manufactured the famous Turin Shroud using photographic techniques. Think on that. In the fifteenth century, the Catholic Church was all-powerful and forging the death shroud of Jesus would have been blasphemous. Apart from ingenuity, it took courage. I’d also invite the noted astronomer Carl Sagan, Isaac Asimov, and Sir Terry Pratchett. I think they’d all get along really well. Oh dear, I’m salivating at the very thought.