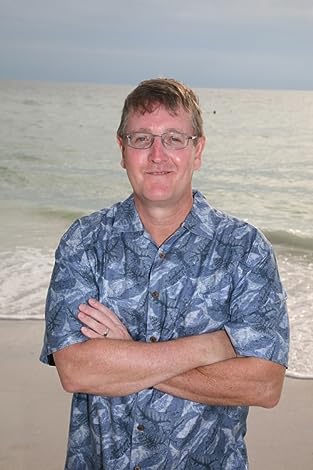 How do you work through self-doubts and fear? The easiest way is to confront your fear and work through it. But, you have to decide whether it’s worth it or not. I mean, is it worth it to confront the muscle head at the gym who constantly grunts when he lift weights? A comedian once said, “If something is so heavy that you have to grunt to lift it, you need to put it down!” but I digress. Regarding working through fear and confrontation, do a cost benefit analysis and decide whether confronting a problem is the best way to resolve it. I look at guys that constantly do that and find they are freaking crazy, but fearless. Sometimes you can just shift the argument and make it go away.
What scares you the most? Death.
What makes you happiest? I was going to say “To crush your enemies, see them driven before you, and to hear the lamentation of their women,” but that line was already said by someone else. I guess I’d have to go with great sex, followed by a sumptuous meal, including excellent wine, and then a fine cigar.
What’s your greatest character strength? I have the ability to quickly reinvent myself when something isn’t working for me. If I fail at something and feel that I should do something else, I get up to speed on the new endeavor and have at it. For example, I retrained in IT Security and after a little more than a year I was making over six figures. I think it has to do with being humble enough to check your ego at the door and be humble enough to learn something and exercise geographic mobility.
Please introduce yourself, who are you and what do you do?
I am 54 years young and originally from Newington, CT.  I went to undergraduate school at Northeastern University in Boston and have an MBA from the University of Phoenix in Technology Management.  I spent a good amount of time in the military; first as an enlisted Marine in the Marine Reserve, then about ten years on active duty as an officer in the Military Police Corps of the U.S. Army and I finished out my career in the Army Reserve.
I got out of the military and eventually gravitated to the IT Field.  I am currently an IT Architect for a healthcare company. I live in Seminole Florida with the love of my life, Suzanne and we got married on Oct 4th of this year.
What first inspired you to start writing? I have a very active imagination and was always getting into trouble in grade school for day-dreaming. I think being a fiction writer is a great endeavor in that you get to invent your own reality and create a different world. You can kill someone on paper a lot easier than doing it in real life and its less likely to end with you going to prison or being executed.
When not writing how do you spend your time? I work a regular job for forty or so hours a week and spend time golfing, biking and taking my wife out to keep her happy.  I used to do a lot of scuba diving with trips to the Great Barrier Reef, the Caribbean, Thailand and the Philippines, but I think those days are behind me and I’ll just make do with snorkeling.

Michael Blackfox thought he'd left Marine Force Recon behind, but they had other ideas

The best trained man for a high risk mission is dead and Blackfox is uniquely qualified to be the heir apparent. The trouble is he and his father are currently fugitives on the run from the law.

˃˃˃ Marine Special Operations roughly brings Michael back into the fold, while allowing his father to be arrested and extradited. If Michael cooperates, the government will go easy on his dad.

A Russian arms dealer recovers an ICBM from Iraq during the invasion and sells it to the Iranians. They commission him to reconfigure the missile as an electromagnetic pulse weapon that, if fired, will destroy all electronics in the United States--effectively plunging the country back to the nineteenth century.
The launch pad and assembly building are deep within the Venezuelan jungle. The missile's telemetry system is hosted by a closed network. Michael's job is to parachute into the jungle with a team of Marine Special Operators, hack into the network and deliver a virus that will destroy the missile, while making it all look like an accident
Buy Now @ Amazon
Genre - Action, Adventure
Rating – PG
More details about the author
Connect with T.S. O'Neil through Facebook & Twitter
Website www.tsoneil.com
at 10:30