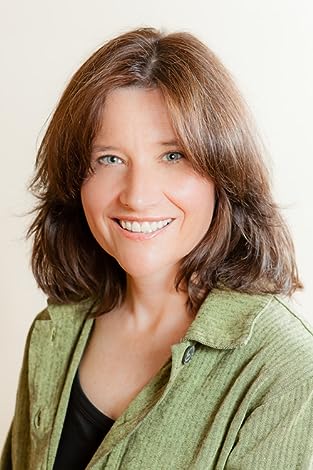 Tell us a bit about your family.
I grew up as the only child on a dairy farm in Montana surrounded by dogs, cats, cows, and a variety of other animals too numerous to mention. My husband, Marc, and I met when I moved to Seattle for college, though we didn’t start dating until over a decade later. Marc is an aerospace engineer, and we live with our German shepherd Tasha, a menagerie of fish, and our evil cat Maggie.
Marc and I never had kids, but it’s a good thing. Tasha has so many expensive health issues that we would have spent their college funds three times over. But I love my furry family and wouldn’t trade them for anything.
How do you work through self-doubts and fear?
This is a biggie for me, because although I seem pretty self-confident, I am riddled with self-doubt when I try something new. (Starting a mystery series, for example.) I work it through by talking about my goals. Telling my husband or a friend that I’m going to do something makes me feel obligated to follow through.
It doesn’t even seem to matter if the person I tell encourages or discourages me. Simply saying my intention out loud makes it happen.
What makes you happiest?
Spending time with my dog, Tasha. Walking her through our neighborhood, chasing sticks, befriending crows, rubbing the soft spot behind her ear. No matter what we do, Tasha seems to love it. She has taught me so much about the sheer joy of being alive. Being with her almost always makes me smile.
What’s your greatest character strength?
Pure, dogged perseverance. Once I decide to do something, I rarely give up until it’s done—especially if somebody tells me I can’t do it. I have accomplished a lot of things in my life that people attribute to luck. I don’t really think it’s that. There are certainly people out there more talented than I am, but most of my successes happened because I refused to give up.
What’s your weakest character trait?
Self-doubt, which seems sort of contradictory to perseverance as my greatest character strength. I may have dogged perseverance, but I doubt myself every step of the way. I’m working on that.
What motivates you to write?
Deadlines, even if they are self-imposed. Once I have a firm due date in my mind, I will drive myself crazy trying to beat it. Beyond that, writing taps into a creative side of me that I never knew existed. It’s incredibly fun to let my mind play.
What writing are you most proud of?
One of my writing goals is to raise awareness of a rare genetic issue called Exocrine Pancreatic Insufficiency (EPI) that occurs primarily—although not exclusively—in German shepherd dogs. My own dog lives with EPI. I hope to assure owners of animals with this condition that EPI is not a death sentence, and that dogs with EPI go on to live extraordinary lives.
I recently had the opportunity to write an article for Kings River Life Magazine that profiled three dogs that had been abandoned due to EPI and the angels that rescued them. That article was the first time that I knew my fiction writing had a purpose beyond mere entertainment. The article is at this link, right below the review of my book. http://kingsriverlife.com/02/15/murder-strikes-a-pose-a-downward-dog-mystery-by-tracy-weber/

When George and Bella—a homeless alcoholic and his intimidating German shepherd—disturb the peace outside her studio, yoga instructor Kate Davidson’s Zen-like calm is stretched to the breaking point. Kate tries to get rid of them before Bella scares the yoga pants off her students. Instead, the three form an unlikely friendship.
One night Kate finds George’s body behind her studio. The police dismiss his murder as a drug-related street crime, but she knows George wasn’t a dealer. So Kate starts digging into George’s past while also looking for someone to adopt Bella before she’s sent to the big dog park in the sky. With the murderer nipping at her heels, Kate has to work fast or her next Corpse Pose may be for real.
Praise:
"Cozy fans will eagerly await the next installment." —PUBLISHERS WEEKLY
"Murder Strikes a Pose, by Tracy Weber, is a delightful debut novel featuring Kate Davidson, a caring but feist yoga teacher . . . Namaste to Weber and her fresh, new heroine!" —PENNY WARNER,AUTHOR OF HOW TO DINE ON KILLER WINE
"[T]his charming debut mystery . . . pieces together a skillful collage of mystery, yoga, and plenty of dog stories against the unique backdrop of Seattle characters and neighborhoods. The delightful start of a promising new series. I couldn't put it down!" —WAVERLY FITZGERALD, AUTHOR OF DIAL C FOR CHIHUAHUA
"Three woofs for Tracy Weber's first Downward Dog Mystery, Murder STrikes a Pose. Great characters, keep-you-guessing plot, plenty of laughs, and dogs—what more could we want? Ah, yes—the next book!" —SHEILA WEBSTER BONEHAM, AUTHOR OF DROP DEAD ON RECALL
Buy Now @ Amazon
Genre – Cozy Mystery
Rating – PG
More details about the author
Connect with Tracy Weber on Facebook & Twitter
at 12:30