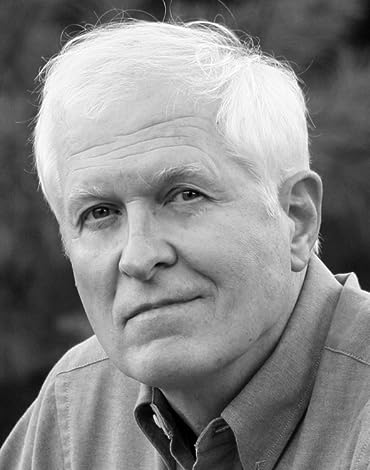 Do you recall how your interest in writing originated? I had very little interest in writing after working as an engineer and marketing consultant where I was quite often writing manuals. But I started telling stories to my grandkids approximately five years ago and discovered that I could make stories up on the spot. My wife, who formerly owned a bookstore, convinced me to write them down. This was not an easy transition, going from an oral story to a written one. But I’ve learned to love doing both.

What inspires you to write and why? The fact that children, and especially boys, don’t read as much as they did in the past. As a child, I couldn’t find enough books to read and often walked to the public library near my school and carried home a stack of books on the bus. I hope to write books like those I remember reading—full of adventure, mystery and excitement. Agents and editors have told me that what I’m writing is not very commercial, but I will continue to do it hoping that I can develop an audience of kids for my books.

What genre are you most comfortable writing? Children’s, because you can let yourself go and be a child again. I love being able to allow my imagination take me places where I would’ve liked to have gone when I was a kid, and feel the excitement of discovering new adventures and new worlds. I have two memoir-like adult books that I intend to write someday, but for now I’m having way too much fun writing children’s books.

What inspired you to write your first book? I told a story to my oldest granddaughter where she falls asleep and is taken on a trip of the universe by a little star. She loved the story and made me tell it over and over. I eventually wrote it down and showed it to an editor who said there would be no market for another dream story. That made no difference, because the book was a hit—to my granddaughter.

Who or what influenced your writing once you began? My wife has to be the biggest influence on me, both now, and from the beginning. She believed that I had more talent then just being an oral storyteller. I wrote down two of the stories, and she and I made a trip to Cincinnati to a conference on writing. The two stories, that I thought were picture books, were reviewed by Alice Pope. Ms. Pope was the children’s editor for Writers Digest and she told me the stories, as written, could never be published, but she said she saw evidence of talent in the writing. Maybe she said that to everyone who came to the conference, but it was enough to encourage me to keep working. I then joined a critique group who gently, but firmly, pushed my amateurish writing to a higher level.  And now almost every day I gain knowledge by reading other writer’s works and by surrounding myself with authors who are much better writers.

What do you consider the most challenging about writing a novel, or about writing in general? Editing has proven to be the hardest thing for me. And the least fun. My favorite part of writing is starting a new story and running with it, not knowing where it’s going to take me. Because of that, I spent a couple of years not finishing any books. I’m doing better now, and the editing has become less of a chore. Nevertheless, I certainly don’t enjoy it as much as free writing.

Can you share a little of your current work with us? My recently published work, a stairway to danger, is what I consider a boy’s book, although I think girls and adults will like it. I tried to write it like many of the books I read as a child where each chapter ends in a cliffhanger. Although it is about two boys, the story does have a strong girl character. The boys and their friends discover a shadowy group in their small town that they suspect has killed a deputy. It’s a mystery/adventure book, more edgy than what I read, maybe The Hardy Boys on steroids.

How did you come up with the title? Without giving away the story, I can tell you that the protagonist has a past he is trying to forget. What happened to him occurred on a stairway. Also, in the story the villains make use of a secret stairway.

Can you tell us about your main character? The main character is Tom Wallace, a boy from the city who has just started living with his cousin Will on his father’s farm. Tom is struggling to fit in with farm life when the boys discover a dead body. The corpse unnerves Tom because of what happened to him before he came to the farm. In the midst of his struggles, the boys stumble on a mystery that Tom believes only he can solve. Tom’s curiosity entangles he and Will in a deadly dilemma and he will have to resolve his issues to survive.

How did you develop your plot and characters? I had written a book almost three years ago based on stories I heard from my dad about his growing up in a small Kentucky town. I wanted to take two boy characters in that story and put them in a completely different adventure. Since I write by “the seat of my pants” I started with a germ of an idea and let the story develop. Then during the edits I attempted to do more character development and work on the story arc.

Thanks for the shout out!