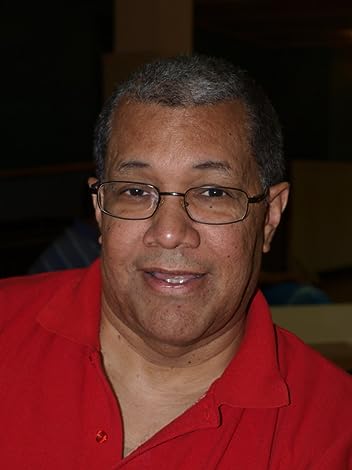 Tell us a bit about your family: I had a very interesting home life—so interesting in fact that I chose to include large amounts of it in my book: Fighting the Effects of Gravity.  I am an only child. Both of my parents are still living. My father is 85 and my mother is 83. Both are now retired. My mother was an educator who went on to start her own after school in 1972 and later opened a pre-school in 1984. My father was the famous one of the family—so famous in fact that my young cousin—when he was about ten years old—said: “uncle James, you’re famous” and began referring to him simply as “famous.” My father was a great athlete who was the first black to play football for the University of Pittsburgh in the mid-forties. He went on to become a Presbyterian minister who was very active in the Civil Rights Movement in Pittsburgh the 60’s. He met Martin Luther King at one point who—when he ran in to him again—didn’t call him famous like my young cousin did—but did refer to him as “Pittsburgh.” My parents opened a charter school on the northside of Pittsburgh ten years ago for grades K-8 which will solidify their legacy.

My grandmother and grandfather on my mother’s side were probably two of the nicest people I ever met—the fact that they were relayed to me notwithstanding. My father—who claims he pretty much disowned a large portion of his family due to their dysfunctional ways—adored my grandparents. When I began writing Fighting the Effects of Gravity and relating anecdotes and it became as much a memoir as a treatise on midlife, I realized that my grandparents and my parents—especially my mother—and later my wife had the most profound effect on my life.

What is your favorite quality about yourself? The quality that I enjoy the most about myself is my sense of humor. Unfortunately, I have type of humor that can turn some people off because it tends to be a bit sarcastic or sardonic. First drafts of the book were so sarcastic that they had to be toned down significantly in later drafts and I eventually developed a style which may be subtle and witty but lacks the hard-core sarcasm. Consider the title of Chapter 2: The Day My Butt Said Goodbye.

What is your favorite quote, by whom, and why? I have always liked the quote from the Indian warrior Crazy Horse who, before the battle of the Little Big Horn, was heard to say: “It’s a good day to live, it’s a good day to die. Brave hearts to the front. Cowards and weak hearts to the rear.” I like the quote because I think it speaks to the courage to take life as it comes and to live life on your own terms. In the book, I have an entire chapter devoted to death and state that the hope that—when I’m confronted with death—I will make Crazy Horse proud, that I will put my life in God’s hands and accept my fate with grace and bravery. At the end of the chapter I recommend—tongue in cheek—that a drill sergeant wake us up every day and drum into us the fact that every day is a blessing and that we should live every day as if it were our last.

What is your favorite food? This is a weird question for me. I don’t really have a favorite food. I definitely don’t eat right. This much I can say. I stay away from vegetables as much as possible. Asparagus makes me want to vomit. I guess I’m a basic kind of guy: hamburgers, hot dogs, spaghetti, fried chicken. My big thing is drinks. I don’t drink alcohol including beer but I will go to a particular restaurant because they serve frozen or slushie drinks.

How long have you been writing? I was an English major in college and I did a lot of fiction writing there in addition to writing term papers about authors such as Shakespeare and Eugene O’Neil. But I really had no idea what writing was all about after this little bit of exposure to it. I graduated in 1974. I always wanted to continue writing after that and made writing my goal but I forced to take a long hiatus when I got married at age 24 and had three children in four years. I mention in the book that friends and family often said that I had “gotten the children out of the way.” I never understood that one—that certainly wasn’t my goal. By the time I began my modest writing career it was 1994 and that was when I got the idea to write about midlife and I started Fighting the Effects of Gravity. But there was no digital/online revolution at that time and I spent most of my time—years actually—honing my skills, looking for agents, paying for edits, and being turned down by publishers.

When did you first know you could be a writer? I realized that I could be a writer when I started writing Fighting the Effects of Gravity and something clicked for me; I discovered a style that of writing that I didn’t know I had. Writing non-fiction and writing about my own life gave me a new insight on writing. I realized that maybe non-fiction was a better fit for me because of my sense of humor and style.