In a post-apocalyptic world, Eve has discovered power of more than one nature. In Honour and Privilege, Eve became heir to the throne. In Duty and Sacrifice, she explores and defines the power of the elite. At the same time, electricity is being harnessed for the first time in centuries, providing the first glimpse into the ancient people who left the world as it exists. The horror of this revelation could shake their society as much or more than a servant becoming monarch. 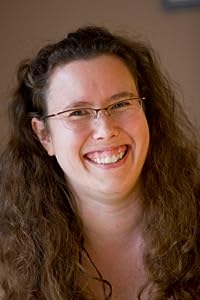 In 2009 Kimberly returned to writing beginning by expanding on the work of others, filling in scenes left out of books she enjoyed, elaborating back stories of lesser known characters, and in some cases, writing beyond the end of a book or series.

With these stories, she learned how to craft a novel of her own and finally saw the opportunity to explore ideas she had jotted down, not expecting to return to again. She also found she enjoyed the endeavour so much that the need to write and create filled her. Now she can’t imagine going a week without writing a short story or a chapter for a novel.

Kim and Allen still live in Edmonton with their daughter Delilah, born at the end of 2006.