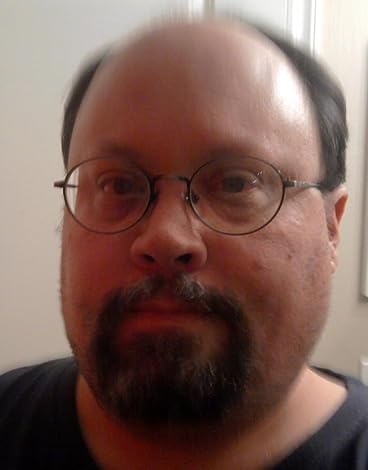 What is your favorite color? I like dark colors, and black happens to be my favorite.

What is your favorite food? I love Indian cuisine. I could eat it every single day and not get bored. It’s so flavorful. Portland, Oregon is home to many great Indian restaurants.

What’s your favorite place in the entire world? As a Navy journalist, I was fortunate to be able to travel all over the world. My favorite place was Japan. I was stationed in Yokosuka from October 1990 to July 1992. It was my first time outside of the United States. I met a lot of great people in Japan, and it was quite the experience for a young man of 22.

Do you recall how your interest in writing originated? While I remember writing a short story when I was in the sixth grade, it wasn’t until I was around 15 that I became passionate about writing. After finishing “The World According to Garp” by John Irving I thought, I want to be a writer.

How long have you been writing? I can remember writing my first story when I was in the sixth grade — it was a parody of “Star Wars.” It wasn’t until I was 15 or so that I started writing on a regular basis. I also wrote for my high school newspaper.

What genre are you most comfortable writing? At the moment it seems to be science fiction and fantasy. In the near future, I’m going to write something in the horror genre.

What inspired you to write your first book? I was inspired to be a writer by John Irving; his novel “The World According to Garp” was a huge influence on my wanting to become a writer.

Who or what influenced your writing once you began? I joined the Navy right after high school, and served for six years as a military journalist. I met a lot of great people during that time, and many of them were also writers of fiction. They shared lots of great ideas with me, and were very encouraging of my own desire to become a novelist.

What made you want to be a writer? I read “The World According to Garp” by John Irving in 1982 or 1983, and that book changed my life. After reading it, I wanted to be like T. S. Garp, aside from the horrible tragedy he experienced. Stephen King was also a huge influence. I taught myself manuscript format by emulating the layout of “Christine.”

What do you consider the most challenging about writing a novel, or about writing in general? The most challenging part is finding the conflict central to the story. I’m working on my next book now, and it wasn’t until I was about 11,000 words in that I realized what the conflict would be, and how my protagonist would resolve it. When I wrote my first novel, “Awake,” it took even longer.

Do you intend to make writing a career? I really hope so. Self-publishing through places like Amazon and Smashwords has made this a realistic possibility for many authors. With my new book coming out soon, as well as an audio book I’m having produced for “Awake,” I’m hoping that this is the year I can quit my day job.

What is your greatest strength as a writer? I’m really good with dialogue and setting a mood.

Can you share a little of your current work with us? I’m working on a book called “…A Thousand Words.” It’s about a man who discovers that, in a book about World War II, he finds a photograph of someone that looks just like him — a German soldier from 1941. He is able to travel back to the time of that photograph, but in doing so, he discovers he has changed the future. The consciousness of that German soldier is able to travel from 1941 to the present, and essentially takes over the body and mind of the main character. Now the German soldier wants to carry out The Final Solution in 2013. Can my protagonist regain control over his body and mind and prevent this from happening? Stay tuned!

How did you come up with the title? “Awake” came from the fact that my main character, Charles Matheson, is an insomniac, just like me. As that book opens, Matheson had gone several days without sleep.

Who designed the cover? My friend Mary Nichols designed it.

Email ThisBlogThis!Share to TwitterShare to FacebookShare to Pinterest
Labels: A, S