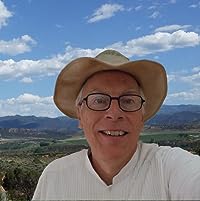 Who or what influenced your writing over the years? In terms of writers, some of the genre writers I have most enjoyed include JRR Tolkien, JK Rowling, Roald Dahl, Cathrynne Valente, and Brian Jacques. In the background, behind those apparent influences, lies the fact that I cut my teeth on Dr. Seuss and other silly picture books and later became a great fan of Calvin and Hobbes and the Far Side comics. Those influences emphasized the power of humor and taught me the importance of imagery and visual absurdity as part of storytelling. Additional influences include some classics like Don Quixote, the works of Dickens and Dostoyevsky (which include fantastic elements), and the music of the US Civil Rights Era. I also rely on some places and environments that offer compelling inspiration for the settings of my stories. Some of those places can be found on my blog at the following link: http://blog.woodcowbooks.com/2012/11/16/places-that-inspire-the-wood-cow-chronicles/
What made you want to be a writer? From the time I was young, I have enjoyed writing and storytelling. Because my main career has been in education, including creative writing, writing has been a natural part of my life for many years. It has just gradually evolved to include a wider range of venues and formats.
What do you consider the most challenging about writing a novel, or about writing in general? Creating enough focused time to write several chapters, or the equivalent, at roughly the same time. I write best if I can begin writing and keep going for several hours straight. Throughout most of my life, that has been a challenge.
Did writing this book teach you anything and what was it? This is my first book intended for e-readers. That requires attention to some format and editing issues that are not encountered in editing for print. Because of the flexibility provided in e-reader displays, the appearance of pages on the reader can change considerably. I learned that, during editing, it helps to look at the text display under various e-reader conditions so that you can provide a good reading experience.
Do you intend to make writing a career? Writing has always been a part of my career. I am writing more now than in the past and see that portion of my career to continue expanding.
Have you developed a specific writing style? I like to think of my writing as trying to move “beyond the box” of people’s expectations. I try to develop characters and storylines that go against “normal” expectations. I’m drawn to eccentric, unexpected characters: those who surprise because they hear a distant galaxy, see a different music, create their own fragrance rather than get hooked on a soundtrack; the child who has her own ideas about how the emperor is dressed; the lunatics and rebels who tell stories on the boundaries.
What is your greatest strength as a writer? Trying to provide something that people find surprising and unexpected. I’m told by readers that they like being unable to predict what will happen next.