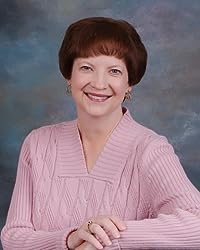 1. *Can you tell us about your main character? My hero Jed was raised by a midwife after his mother died in labor, but what he doesn’t know is that a baby was born just minutes before him and taken away by his father. He’s a Civil War veteran and now a gambler who’s made his way to San Francisco, a very cosmopolitan city back in 1870. My heroine Lily is the daughter of the most famous whorehouse owner in the city, and she’s been kept isolated away from that life, first with a governess and then attending boarding school back east.
2. *How did you develop your plot and characters? I’ve read quite a bit about the California Gold Rush and the American West after the Civil War. I wanted to create a story that combined aspects of both eras. Once a storyline started developing, it was easy to add characters that fit it.
3. *What was the hardest part about writing this book? I think in writing historical novels, the toughest part is getting those historical details right. I researched San Francisco in the 1870s, learning about its gaming halls, restaurants, and places of interest. I try to weave historical fact into my narrative to give it that air of verisimilitude. History and the setting can often prove to be a powerful tool and even a character itself in my historical romances.
4. *Will you write others in this same genre? I love the American West after the Civil War. I’ve written a previous western historical romance, Outlaw Muse, and I have another coming later in 2014 entitled A Change of Plans. I think I have several more western historicals still to write, probably in different eras. My debut novel, Music For My Soul, takes place in medieval times. I’d like to return to that portion of history and try my hand at something new that takes place then.
5. *How important do you think villains are in a story? Villains are a key aspect in a romance. Of course, every villain is the hero of his own story in his mind! A villain needs to be fully formed and not a stereotype. He needs to be as smart as the hero and heroine so that he’s a real threat and challenge to them.
6.  *Have you started another book yet? I’m writing another western historical romance at this moment. It’s about a Pinkerton detective hired to protect an opera diva singing in Colorado and a runaway heiress he gets mixed up with—and falls head over heels in love with.
7. *Do you have any advice for writers? Keep writing your heart out. Don’t write to the market. Write the story you wish, one that you’d like to read yourself. Writing is like anything—the more you do it, the better you get at it. So continue to write whenever you can and as much as you can.

Lily Frontiere returns from a costly European trip to find her mother has accumulated large gambling debts. Things grow worse as her mother’s health deteriorates and she can no longer run Lucky Lil’s, the most famous whorehouse in San Francisco. Though Lilian shielded her only child from house life by sending her away to boarding school, Lily takes over and poses as Madam Lil. Her intelligence and astonishing resemblance to her mother help, but she’s entering a world she knows little about. Lily tries to extract the house from impending financial ruin until a handsome stranger turns up with the deed to Lucky Lil’s in hand.

Gambler Jed Stone journeys to California to track down Simon Morgan, the man responsible for his best friend’s death. Arrested for robbery and murder upon arrival, he is shocked to see his face on a wanted poster. Jed escapes before his hanging, unaware that the man guilty of those crimes is the twin brother he never knew existed. In a case of mistaken identity, Jed acquires Lucky Lil’s in a rigged card game his twin is meant to win. Jed asks Madam Lil to stay on as he learns the business.

Lily clashes with the new owner over ways to make the establishment profitable, yet she is attracted to the charming risk taker at the same time. Jed is fooled by Lily’s charade until he stumbles upon the real Madam Lil and learns the truth behind Lily’s deception. His admiration for Lily blossoms into love. But Simon Morgan seeks both Lily’s hand and ownership of Lucky Lil’s—and he will go to any means to possess both. Will Jed foil his nemesis while bringing his outlaw brother to justice?

Excellent interview and love the excerpt! A Game of Chance sounds intriguing. Best of luck with sales, Lauren :)