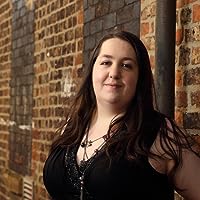 1. Who is your favorite author and why?
Presently Chloe Neill because I’m in love with the Chicagoland Vampires series – ok, so I’m in love with Darth Sullivan (Ethan, the main male character and the protagonist’s beau). I love the world Chloe Neill’s created, I love the interaction between Merit and Ethan, I love Merit’s defiance and antagonistic attitude and Ethan’s endeavours to teach her respect. The dynamics in the series are just fantastic, with tensions and romance, battles and trials and alliances and the series is just a really good read.
2. Can we expect any more books from you in the future?
Certainly, Antithesis, Book Three will be out later in 2014.
3. Have you started another book yet?
I’ve started a few, I really need to pick one to focus on!
4. Where do you see yourself in five years?
Hopefully still writing and still designing.
5. What are your current writing projects now?
A novella that sits alongside The Vampire Alliance Series, the prequel set in Rome, a spin off series that comes after The Vampire Alliance series with side characters as the main characters and an entirely unrelated paranormal romance. I really need to pick one to focus on but I have too many ideas in my head at the moment.
6. Are you reading any interesting books at the moment?
Not, not at the moment. I’m too busy with book launches however I can’t wait for the next instalment of the Chicagoland Vampires series to come out in February.
7. When you wish to end your career, stop writing, and look back on your life, what thoughts would you like to have?
Knowing that someone, somewhere read my work, lost themselves in it and enjoyed my writing is enough for me.

LAUNCH DISCOUNT: THIS BOOK WILL BE ON SALE FOR A REDUCED PRICE THROUGHOUT FEBRUARY 2014 TO CELEBRATE ITS LAUNCH.
Allegiance: The Vampire Alliance Book Two
Eve hadn’t wanted a second marriage, she wanted to remain happily unmarried rather than curse another good man to Rob’s fate. If only Tul had listened to her protestations. Instead the Senate are intent on making her relive her own personal hell. Worse, the instrument they seem intent on using to bring about her suffering is the creature, the merciless drone they’d created from all that remained of Rob.
The world seems to be conspiring against Eve and the Alliance, and even among Johan’s band of rebels not everyone is happy to have Eve as part of the group. With Tul missing and friends few on the ground, Eve begins to slip back into the pit of despair which had once consumed her and that may just lead her to behave more recklessly than ever before. Mistakes have consequences however, and for Eve the consequences of her actions may just decide the course of the future.
Is there a way to save Tul? Does anything of Rob remain in the Senate controlled puppet his body’s become? More importantly, why are the Senate determined to take control of Eve and just how far will they go to gain possession of her?
Praise for Allegiance*:
“Wow! I have loved reading this series. You have done such an amazing job writing it Loved the storyline, and the characters. Cannot wait to read the next one.”
“Both books are amazing!! I have read them both in less than 24 hours!! Can’t wait to read Antithesis.”
Praise for Absolution*:
“I enjoyed every chapter haven't stayed up so late for a book in so long I just couldn't put my phone down. Great book.”
“Wow! It's a nice change to read something in the vampire category with a more mature storyline. Your story was interesting and had me captivated from the beginning until the end. It was beautifully written, and falling in love with the characters was easy. Great job absolutely loved it!”
“I have thoroughly enjoyed this book! I think this has been one of the most original, mature vampire stories I have ever read... The lives of your vampires are fully realised, their abilities are believable, and the twists in your story are sublime.”
*All comments are from readers.
Buy Now @ Amazon
Genre - Urban Fantasy, Paranormal Romance
Rating – R
More details about the author
Connect with Angela Louise McGurk on Facebook & Twitter
Blog http://angelamcgurk.blogspot.co.uk/
at 10:30