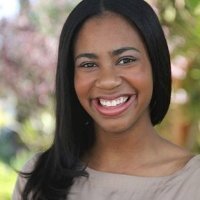 1. How do you work through self-doubts and fear?
I have a somewhat analytical process when it comes to working through self-doubts and fear. Because I’ve grown up battling depression, I always have to check myself when I feel like I’m going over the edge. I start by slowing down my breathing, then going into positive affirmations, narrating positive circumstances to justify my thinking. The process is mainly a way for me to weed out and stop negative thoughts. If I feel really low, I make sure to call my Mom to bring me back into reality.
2. What scares you the most?
The fear of losing someone really close to me scares me the most. I worry if I slip up and take someone for granted I could lose them in a split second.
3. What makes you happiest?
Being able to prove to myself that whatever I was scared of accomplishing was really just a myth I created to hold myself back, that makes me the happiest.
4. What’s your greatest character strength?
My ability to give. My mom deems me the giver. There is not a day that goes by when I’m not figuring out some way to share what I have or know.
5. What’s your weakest character trait?
I become easily attached to things. I like to think of this as the lost puppy syndrome. I’m working on how to let things or people go when it’s time.
6. Why do you write?
I write because I wouldn’t know anything else if I didn’t. I grew up writing. It was one of the first things I learned that I just stuck with. Writing is natural to me and I couldn’t imagine not doing it.
7. Have you always enjoyed writing?
I’ve always enjoyed writing. I started when I was six years old and I haven’t stopped. I couldn’t think of a better pastime. Writing gives me a voice, and that’s something I’ve always lacked growing up with an abusive father.

The Willow Tree is a heartbreaking coming-of-age story similar to White Oleander and with profound introspection akin to that of The Bell Jar. Emma must learn to fight for her emotional stability and life after her mother remarries. She engages in a stormy relationship with her abusive step-father, while her mom slips away to depression. Both book-smart and painfully awkward, she struggles to connect with her peers and eventually finds friends with students who are considered outcasts.
Outside of school, her home life becomes more and more turbulent. The bond between Emma and her mother dwindles to only occasional encounters, while her step-father remains present in her waking life and nightmares. Fraught with hiding the stress from deep concerns about her friends’ misjudgments, Emma hides the torment of her step-father’s unrelenting sexual abuse. After his sudden suicide, her feelings she developed for him dangerously lead her down her own self-destructive path.
Buy Now @ Amazon
Genre - Fiction
Rating –  PG-13
More details about the author
Connect with Elan Carson on Facebook & Twitter
at 10:30