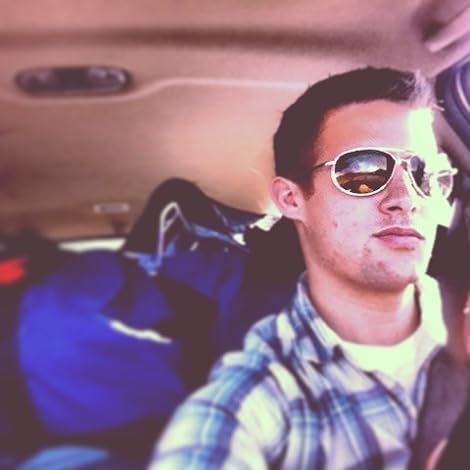 Kellen Burden was born and raised in Southern California and has bounced his happy ass to Denver, Colorado,Portland Oregon and Seattle, Washington. He works in the field of loss prevention, security and organized retail crime investigation, and has recently begun a career with the Oregon National Guard. Flash Bang is his first novel. One time, he fought a bear.
Q1.Tell us a bit about your family.
A. I have the most incredible family that anyone has ever had the privilege to come up in. My father and mother are sweet, caring, brilliant human beings who would have gotten into it with the Russian Mafia to put me through ballet school if I had asked and my sister is a beautiful genius who could probably have been one of Charlie’s Angels if they dressed better.
Q2. How do you work through self-doubts and fear?
A. Booze and Delusion.
Q3. What scares you the most?
A. Letting down the ones I love.
Q4. What makes you happiest?
A. Booze and Delusion.
Q5. Why do you write?
A. I’ve always had stories to tell. Since I could talk, I’ve had stories to tell and an imagination to get me into trouble. Writing just seemed like a good outlet for it. I’ve wanted to be an author since I knew I had to pick something to be.
Q6. What books did you love growing up?
A. The First book I ever remember being in love with was Jurassic Park, by Michael Crichton.
Q7. What book genre of books do you adore?
A. As an adolescent and into my teens I used to love reading Zombie books and Aliens or Predator novelizations. Anything that was an adaptation of a movie that I loved. They were easy to digest and really kept me engrossed in a time when there was a lot of competition for my attention. Now I’ll read almost anything.

Sebastian Parks is drowning in a flood of his own creation. Dishonorably discharged from the Army, he's wracked with night terrors and an anger that he can't abate. Unemployable and uninterested in anything resembling a normal job, Parks makes his living in fugitive apprehension, finding wanted felons on Facebook and thumping them into custody with his ex-military buddies John Harkin and Eric "Etch" Echevarria. When the body of a teenage Muslim boy is found in front of a downtown Denver nightclub Parks, Harkin and Etch are called on to do what they do best: Find bad men and make them pay.
First-time author Kellen Burden serves up edgy humor, brutal action and characters you can't get enough of. Flash Bang will keep you turning pages until the end.
Buy Now @ Amazon
Genre – Thriller, Mystery
Rating – R
More details about the author
Connect with Kellen Burden on Facebook
at 14:30

Great interview! Nothing wrong with having a wild imagination, esp if you are a writer! Sure you know this already!!