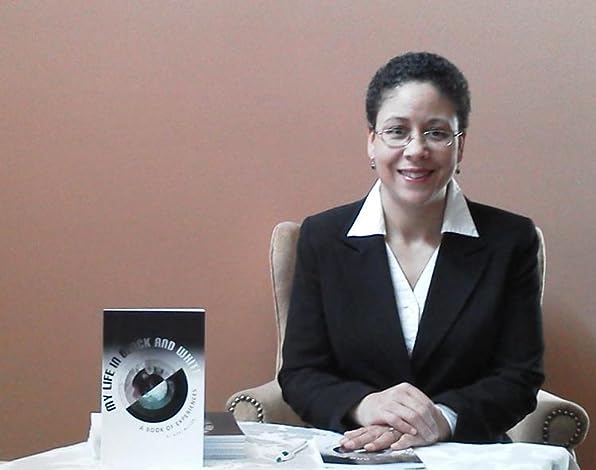 1. How do you work through self-doubts and fear?
I’m a very goal-oriented person. Very driven. In my mind, there’s nothing I can’t do once I decide to do it. In those rare moments when my mind wavers, I seek out the council of my family -- my husband, children, parents, and brother. As for fear -- I believe in doing things that I fear. I don’t want to be on my death bed thinking, “I wish I would have _____________.” Note: This doesn’t apply to spiders. The damn things are creepy as all get out.
2. What scares you the most?
Spiders.
3. What makes you happiest?
I’ve had lots of career successes, and a few martial arts successes, but in the end, seeing my family members accomplish the things they choose to do, matters the most.
4. What’s your greatest character strength?
I never give up. When I want to accomplish a goal, I do. It’s as simple as that.
5. What’s your weakest character trait?
I lack patience with some people and situations. It’s something I’ve struggled with for a long time, but awareness of a problem means you’re half-way to defeating it.
6. Why do you write?
I write because it makes me happy and it helps me clear the clutter.
7. Have you always enjoyed writing?
Yes. I don’t believe in writer’s block.

Private investigator Dezeray Jackson hates Florida; she hated it 24 hours after she arrived 5 years ago. Not for any particular reason, really, just a whole lot of little ones — bugs, alligators, snakes, and rude, obnoxious people. Dez thinks a break is in order, then she gets the Millicent James case. All she has to do is follow Millicent’s gamer grandson for a month, which could be as exciting as waiting for water to boil, Dez thinks. But a boring, routine assignment suddenly takes some interesting twists when a much-anticipated pre-release game disappears. It’s a hot commodity that could make somebody millions of dollars. But who?
After two years in the Big Apple, Dez is fed up with cheating spouses and embezzling employees. Convinced that she needs a change, Dez tells her boss that she’s ready to move on. He gives her a farewell gift — one last case, involving a missing artifact. Dez and her partner hit the streets, and soon learn that the missing artifact is something more. To recover it, Dez will enter a world that few know about. Dez thought she’d seen it all … she hadn’t.
When Dez left New York, she didn’t think she’d end up back in Omaha, NE, her home town. But here she is three months later. After stints in Florida and the Big Apple, Omaha was an unexpected, but welcome change. But the grass isn’t always greener on the other side. One evening, after hearing Dez speak to her female self-defense class, a student is killed in a hit-and-run. Dez gets the case, which leads to an unpleasant stroll down memory lane, with a character she’d rather forget, and involvement with some deadly corporate shenanigans.
Eccentric Mayville Toussaint hires Dez to find two men who stole a box from her. Toussaint’s instructions are simple — find the thieves, recover the box, and return it unopened. A dangerous game of cat and mouse, double-dealing and lying place Dez in harm’s way. Dez recovers the box — case closed. But when returning the treasured item, Dez learns that Toussaint has been playing her own game of cat and mouse … with Dez. Toussaint clearly is not who she seems. But who is she?
Buy Now @ Amazon
Genre - Mystery
Rating – PG-13
More details about the author
Connect with Kori D. Miller through Facebook & Twitter
at 08:30