Fame or Fortune? Which would you choose?
By Terri Giuliano Long

Will Tyler
Fortune, no question about it. In high school and college, I played football.  When I was at Penn State, Beaver Stadium held 85,000 fans. You walk on the field, the noise is deafening. It feels like a million fans cheering for you, calling your name; you feel like you can do anything. You’re 1000 feet tall. Junior year, I dropped out of college and moved to California, with the half-baked idea I could make it as a folk singer. I’m not going to lie – I loved being the center of attention.  When you’re on fire, you’re invincible.

Then I met Zoe, we married and had kids. Being a father changes you. You realize it’s not all about you anymore. Your children depend on you. It’s up to you to be sure they’re cared for, they have a good life. Between my wife and me, we make enough to live in a good town. That’s important. Kids learn soon enough about all the crap that goes down in the outside world. They don’t need to witness it in their backyard. Fame just drags kids through the mud. With fortune you’ve got a chance to protect them.

Zoe Tyler
I’d have to say fame. I’ve never had a good head for money. Every other therapist in my office requires a twenty-four-hour notice of cancellation; if a patient fails to show, they charge for the hour. I’ve posted a cancellation policy in my office, but I rarely enforce it. Most of the families I work with live barely above sustenance level. I don’t have the heart to charge for missed appointments. It’s a constant source of tension between Will and me, especially with money so tight.

I barely break even on my workshops, “Success Skills for Women on the Move” – I make a lot more through my practice – but I love the work. If I could get the workshops to turn a profit, I’d quit my day job at the counseling center. Don’t get me wrong: I love the kids. The parents wear me down. They come not for advice but validation, letters attributing their child’s misbehavior to brilliance, drugs to give their child an edge. To them, I’m merely a service provider. With the workshops, I help women make important changes in their lives. At the end of the day, their eyes shine with new confidence. The women look up to me. After the workshops, they send cards and letters, describing the changes they’ve made. I feel like I’m accomplishing something, helping the women, doing something useful and important. That makes me feel good.

Leah Tyler
For real? Fame! We’re thinking about starting a rock band, Todd and me. He’s going to teach me to play the guitar. We’ll be like a boyfriend-girlfriend or a husband-wife team, you know, like Jack and Meg White or John and Christine McVie. Or, I don’t know, maybe I’ll go solo and he’ll just manage me. Did you know Ani DiFranco moved to New York—alone—when she was only my age? She’s this huge success, which just totally proves I could be successful too. I’ve been thinking I should try out for American Idol or The Voice. I mean, look at Jennifer Hudson, right? She was nobody before Idol. OMG, Adam Levine is SOOOO hot!! It would be awesome if picked me. I can totally see myself rocking it on the stage. That would be the coolest thing ever.

When you’re famous you can do whatever you want. You can mess up and totally get away with it. I’m not saying I wantto mess up. That’s just weird to like plan to mess up. I’m just saying you can. People might criticize but they still look up to you. Fame makes you somebody.

Justine
Fame or fortune? Honestly? Neither. I just want to be a regular person. Obviously, we have to have money to buy the things we need. But we really don’t need all that much, you know? We just need enough to get by. I push myself to accomplish things – like entering the science fair, for example – because I like the challenge. It’s cool to see how far I can go, what I can achieve.

Fame is weird. It’s like the whole world takes part in building you up, making you famous; as soon as you get there, they want to tear you down. Look what they did to Britney Spears! I’m not famous or anything, but I skipped a grade in school, so people know who I am. I hate that, my reputation preceding me. I’d rather people just liked me – or didn’t like me – for me.  My sister’s soccer success made her famous around town; because they’re jealous, people always judge her. They want to see her fail. If she wasn’t a soccer star, they wouldn’t be so quick to jump in and talk trash about her.  Fame stinks. I don’t know why anybody would want it.

Jerry Johnson
A little of both, I guess. I don’t need to be Bill Gates – guys who make that kind of dough give up a lot, always traveling, away from their family. I wouldn’t mind having a little more, though. Me and Maura live in the sticks. It’s a pretty street, but the location’s as inconvenient as hell. We don’t even get cable. We wanted to stay in town and this was house we could afford. If we had the money, we could live in a development closer to town, in one of the neighborhoods with young mothers with kids. Maura would be a lot happier, I think, less isolated.

Like I say, I wouldn’t want to be Bill Gates – anybody famous, for that matter. Being known in town is a different story. When people recognize and respect you, they’re more likely to trust you. With a platform, you can do more; you can make a real difference in your community.

Todd Corbett
Fame? Fortune? Who cares?? I went on the road for a couple of years with a rock band. Let me tell you, it’s tough to make it today. Talent don’t mean squat. Record companies would rather invest a boatload of cash in some lame American Idol than risk a dime on an unproven band. In the sixties, my old man worked for an indie label in Boston. Back then, it was different. People cared about the music. Today it’s all about the denari. What they think they make off of you.
Fame, fortune—that’s what the consumerist pigs want you to want. You can spend your whole life working to accumulate things. And for what? So you can spend every second looking over your shoulder, pretending to be something you’re not? Not me, man. For me, it’s gotta be real.

*****
Who are the Tylers, Jerry and Todd? They are the main characters in Terri Giuliano Long’s best-selling novel, In Leah’s Wake.
Will Tyler sells projects for North American Construction, the largest commercial contractor on the East Coast. Project oversight requires frequent travel throughout the U.S. He lives in Cortland, Massachusetts, with his wife, Zoe, and their adolescent daughters, Justine and Leah.
Zoe Tyler holds a master’s degree in social work and is employed by Cortland Child Services. She is founder and executive director of “Success Skills for Women on the Move,” a motivational workshop for women seeking life changes. She lives in Cortland, Massachusetts, with her husband, Will, and teenage daughters, Justine, 12, and Leah, 16.
Leah Tyler was an All-Star soccer player, the MVP of her high school team, and a BostonGlobe All-Scholastic Player of the Year. She’s 16 years old and lives in Cortland, Massachusetts, with her parents and younger sister, Justine.
Justine Tyler, 12, is an eighth grader at Cortland Middle School. A straight-A student, she has won town-wide awards in science and math. She’s currently working on a project on planetary movement for her school’s science fair.  She loves karate, vampire slaying, chocolate chip cookies and Dog, her yellow Labrador Retriever.

Jerry Johnson is a decorated officer in the Cortland Police Department. A lifelong resident, he lives in Cortland, Massachusetts, with his wife and two infant sons.

Todd Corbett dropped out of school in the tenth grade and spent two years on the road with a rock band, working as a roadie. He currently works as a clerk at a used record store and lives with his single mother in Cortland, Massachusetts. His girlfriend, Leah Tyler, makes his world go around.
About the author
Terri Giuliano Long is the bestselling author of the novel In Leah’s Wake. Her life outside of books is devoted to her family. In her free time, she enjoys walking, traveling, and listening to music. True to her Italian-American heritage, she’s an enthusiastic cook. In an alternate reality, she might be an international food writer. She lives with her family on the East Coast and teaches at Boston College. In Leah’s Wake is her debut novel.
Website:www.tglong.com
Blog:www.tglong.com/blog
Twitter:https://twitter.com/tglong 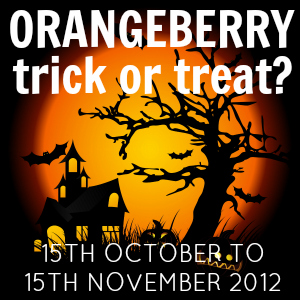 a Rafflecopter giveaway
at 10:00

Thank you so much for running this, Ravina! I really appreciate the chance to appear on your lovely blog again!