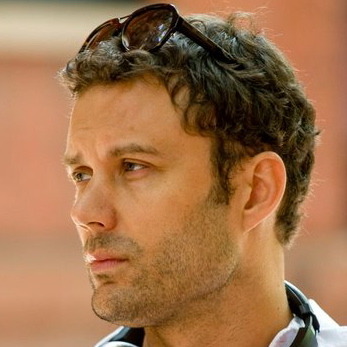 Tell us a bit about your family. I grew up in North East Scotland on a farm – my father raises cattle. I have a very close family – 2 brothers and 1 sister but weirdly none of us stayed in Scotland – in fact it’s as if the wind has blown us to the four corners of the world. I live in Los Angeles, my sister in New Zealand, my oldest brother in Dubai and my youngest in Switzerland.

I think part of it is due to the fact that we went to boarding school at a young age – I was only 8. If there is one thing that boarding school makes you, it’s independent – you have an ability to be apart from your parents for a long stretch of time. I think it’s why I found it so easy when I was 18 to go to north-west Pakistan and volunteer in the Afghan refugee camps there for 12 months.

What is your favorite quality about yourself? Perseverance – I never give up, I always somehow keep putting one foot in front of the other. (It’s maybe why I’m running the L.A Marathon this year!) I think it is a necessary, though obviously not sufficient, quality for any novel writer.

What is your least favorite quality about yourself? I’m too interested in current affairs – I consume politics. On the face of it, I suppose it helps me with certain aspects of my writing, especially with a book like Refuge that at its core is a love story but also has a geopolitical dimension.

But at the same time, I also acknowledge the waste of time it is. Does it really matter to me who is up or down in Congress or what laws they are passing? Do the intricacies of Middle Eastern politics really affect my life? As Albert Einstein one said “Any man who reads too much and uses his brain too little falls into lazy habits of thinking”. He wasn’t wrong about much and certainly not about that.

As of 2 weeks ago I have gone on one of my periodic news fasts – I only knew a new Pope had been elected because a friend told me and that felt very liberating.

What is your favorite quote, by whom, and why? Oh God I have so many but one that I have held onto a lot of late is from FDR’s Fourth Inaugural.

“Things in life will not always run smoothly. Sometimes we will be rising toward the heights—then all will seem to reverse itself and start downward. The great fact to remember is that the trend of civilization itself is forever upward; that a line drawn through the middle of the peaks and the valleys of the centuries always has an upward trend.”

I am a realist but also an optimist, This sums up perfectly my outlook on life.

What are you most proud of accomplishing so far in your life? I know it might sound corny but being a father and a husband (and hopefully a decent one) is my greatest accomplishment. I know when I was twenty I’d have been horrified to think I would ever utter such a thing. But the longer I have lived, the more I realize there is no more important thing you can do. Sure you want to accomplish other things especially in the professional sphere and I’m certainly not an unambitious man, but at the end of your days I suspect nothing else will matter as much.

When and why did you begin writing? I left the U.K right out of Oxford University and came to Los Angeles to pursue a career as a film producer. I had some success first as a film executive and then as a partner in Underground Films, a production / management company. Along the way I produced such films as License To Wed and Remember Me. Yet deep down I knew I was frustrated. I got into producing because I want to get stories I believed in made but too often than not they ran away from me. As the producer you’re not the ultimate or even secondary creative force. You’re more of a guide / facilitator if anything.

And so I came to the realization about five years ago that I needed to write if I really wanted to tell stories. That’s when I started writing Refuge. I made the full break almost two years ago when I sold my share in Underground Films and committed fully to writing. It’s the best thing I ever did and apart from Refuge, I have also set up a TV show I wrote and created at FX.

In all honesty I think I was always a writer. I often dabbled. But at some point to do it well you have to commit and instead of thinking of it as a hobby you have to plant your flag in the ground and state clearly and unequivocally that “I am a writer.”

What inspires you to write and why? I have a keen sense that I want to write stories that not only touch and entertain people but perhaps make a difference. I’m not talking about my readers having an earth shattering change after they read something I’ve written but perhaps they might have a new opinion on a part of the world they knew little about before, or have a moment of reflection as to what’s important in their own lives.

This is what I aspire to at least because I know the books that accomplish these things are the ones that stay with me.

What genre are you most comfortable writing? Drama – it is why I am writing novels and TV nowadays. In features dramas are just incredibly hard to get made and my hat goes off to everyone who manages to do it.

At the same time I always like to add a certain thriller aspect to my writing – by that I mean, having a good villain or plot that places the hero in danger. In Refuge the book came alive when Noor was faced with the prospect that Tariq, her brother, would go to the ends of the world if need be to marry her off to his patron, the Saudi Prince.