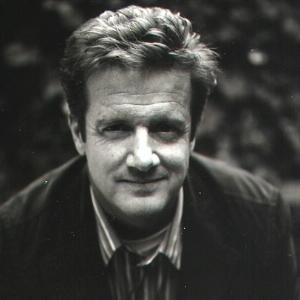 What is your favorite quote, by whom, and why? “We don’t see things as they are, we see them as we are.” Anais Nin

This is the bane and gift of being a writer.  Everything is shaped through our perspective.  The best writers get out of themselves and try to see things from the readers’ perspective.

What’s your favorite place in the entire world? Right here at Write on the River, our new home on the TN River, with my wife, and our two cute, but not so bright yellow labs.

How has your upbringing influenced your writing? I grew up in the Bronx and all I did was read.  And read.  And read.  I remember I got to the point where I felt like I’d read everything in the local library branch and I had to get on my bike and go on to the next one.

When and why did you begin writing? In 1988 I moved to Korea to study martial arts.  I had the original 512K Mac with me and since you could only get beat up for so long each day, I began writing.  I never thought about getting published:  I only thought about telling a story.

What genre are you most comfortable writing? This latest book is back to what I started in:  suspense/thriller.  My bestselling series, Area 51, is racked in science fiction but I call it more techno-myth.  Mixing technology and mythology.  The same with my Atlantis series.  I am also the only male author on the Romance Writers of America Honor Roll.  I’ve written across a lot of genres which might not be the best for my career but I write what interests me. One of my favorites, and my longest book, is historical:  Duty, Honor, Country: A Novel of West Point & The Civil War.  If you’ve seen the HBO miniseries Rome, then move that to the Civil War and you’ve got it.

Who or what influenced your writing over the years? My wife. She’s a “story-whisperer” for me and several other NY Times Bestselling authors.  I call her a walking font of useless information—until I need that information.  She’s the only person I’ve ever met who can keep the entirety of a book in her head and recall every detail instantly.  Thus, each evening when we watch TV in bed with our two dogs, she always has the remote and I watch whatever she puts on and she finds the greatest shows and movies.

What do you consider the most challenging about writing a novel, or about writing in general? Developing real characters.  I’m not a fan of thrillers where the hero is a black belt, an expert shot, speaks 14 languages, is a gourmet cook, a perfect lover, etc. etc. etc and they never work out or practice.  I like my characters to be real.  Horace Chase in this book and the previous one, Chasing the Ghost, is a deeply flawed man, a soldier with PTSD, and even deeper issues.

Horace Chase arrives on Hilton Head Island to pay his last respects at the Intracoastal Waterway where his late mother’s ashes were spread and to inspect the home his mother left him in her will. He’s been recently forced into retirement, his divorce is officially final, and now he’s standing in the middle of the front yard of his ‘new’ house where a tree has crashed right through the center of it.

What could possibly go wrong?

Within six hours of arriving on Hilton Head, Chase is exchanging gunfire with men who’ve kidnapped a young boy and tried to grab the boy’s mother, Sarah Briggs. Soon he’s waist deep in an extortion plot to funnel a hundred million dollars of Superbowl on-line gambling money into an offshore bank account or else the boy dies.

Dave Riley has long retired from the military and living peacefully on sleepy Dafuskie Island off the coast of South Carolina. Sort of. Actually he’s bored, feeling old, and just a bit cranky running his deceased uncle’s small-time bookie operation.

Chase and Riley assemble a team of misfits and eccentrics as they take on the powerful Russian mob in the lawless tidal lands of the Low Country to get the boy back.

Meet Erin: Chase’s long-ago summer fling, now a veterinarian and not interested in men any more, at least that way. But her suturing skills and her knowledge of the island bring assets the team needs. Especially after Chase’s first visit with the Russian requires a bit of the former.

Meet Gator: an ex-Ranger, iron-pumping, fire-breathing hulk of a redneck, with a soft spot in his heart for Erin, and steroids burning in his muscles to hurt people. As long as Riley and Chase point him in the right direction, the rest of the populace should be all right.

Meet Kono: a Gullah, descendant of the free slaves who fled to the barrier islands in the 19th century and developed their own culture. He nurses his own pain and secrets, but heeds Chase’s call to renew their childhood friendship. Especially when he learns the target is the Russians.

It adds up to a fiery confrontation to rescue the young boy, and settle some old scores.

But Riley and Chase need to remember a basic tenet from their days in covert operations: Nothing is ever as it appears.

Email ThisBlogThis!Share to TwitterShare to FacebookShare to Pinterest
Labels: B, C

Thanks for having me!