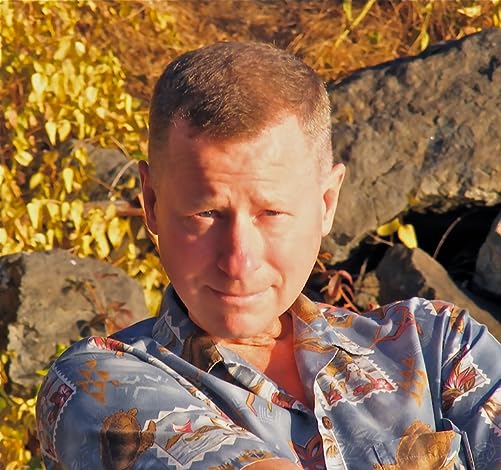 Did you learn anything from writing this book and what was it? Deciding to do it took as much time as getting it done. I came up with all kinds of good reasons not to put this collection together (self doubt for example), and they far outweighed the few good reasons to proceed (like my modest track record). But those were self-imposed obstacles and once I decided to go ahead they fell away. Of course, plenty of real obstacles appeared to take their place but confronting real problems is easier than solving imaginary ones.

How do you promote this book? I am open to suggestions. I’ve managed to arrange a couple readings and have been invited to do more, so I’m getting known locally. I have been politely received at bookstores, but even those that buy the book only want a handful of copies at a time. I have tried to attract the attention of reviewers, but have found there are so many writers and publishers doing the same thing it’s difficult or impossible for reviewers to get through it all. Meanwhile, the contraction of the bookselling business seems to force sellers to stick to the known, or even generic, all while there are so many great new writers emerging.

Is there a message in your stories that you want readers to grasp? Message no, but a way of seeing, yes. I try to create people and moments readers may recognize, but to show a hidden history or unexpected potential that can touch the reader and cause him to reconsider a first impression or long held assumption. If one can learn about the benefit of the doubt through fiction, I trust it will be applied in life. I am not sure I can explain it well. Perhaps that’s why I wrote the stories in the first place.

Have you included a lot of your life experiences, even friends, in the plot? No. Most of the stories were inspired by some incident, or series of events, but none are autobiographical. That’s been a tough sell since all the stories are written in first person, but the narrator is as much a character as the fictional people he encounters in the stories. I have been asked more than once about “what really happened” to some character or other, and I’ve learned to be diplomatic instead of just saying it’s all made up. That never goes over well.

What are your goals as a writer? To become good enough to write a book that recreates the feeling that made me want to write it. Or at least get closer than I am now. I don’t mind my reach exceeding my grasp, but I’d like to be able to reliably touch that goal with my fingertips.

What books have most influenced your life? This will sound terribly pedantic and I don’t mean it that way, but Alan Moorehead’s book, The Voyage of the Beagle, had a lasting effect on me. It is a nonfiction literary account of Darwin’s voyage that I read for a school assignment when I was eleven. I won’t pretend to be have been moved at that age by the exceptional writing Moorehead brought to bear, but the book had two lasting results. The first was that it opened my eyes to a universe of exploration overturning assumption, just as his voyage opened Darwin’s eyes. The second is that receiving that knowledge put me on a trajectory to encounter talented peers who became extremely gifted scientists and artists, people far more talented than I, whose company nevertheless has shone light on my own efforts. Our middle school friendships continue to this day. I have since then read everything Alan Moorehead published, including long and devastating depictions of the exploration of the White and the Blue Nile, the campaign at Gallipoli, the colonization of Australia, Cook’s impact on the Pacific, and Moorehead’s unforgettable trilogy of his years as a war correspondent from North Africa to Germany. He had a terrifically ironic, insightful, self-deprecating and direct style that even Hemingway admired. We know this because Hemingway flew Moorehead down to Cuba from New York for lunch so he could tell him. He also waved a telegram in his face from the editor of The New Yorker stating they couldn’t accept Hem’s latest because they needed space for a Moorehead piece on Venice. Must’ve been quite a lunch.

Who is your favorite author and why? Alice Munro. She sees the hidden connections between things and makes them visible, terrible and essential. Friend of My Youth would make Chekov bow to her.

What are your current writing projects now? I want to return to a novel I had to abandon some years ago when I took over care for my mom after my dad died rather suddenly. She had just been diagnosed with dementia. The eight years of trial that followed until her death will be a book all its own as well, but I don’t know what kind. I’ve started it as a memoir but parts of it are very difficult to confront. I touched on this theme a bit in some of the stories in The Woodpecker Menace, successfully I think, and I’m considering turning the memoir into a novel instead. I don’t know whether that will de-legitimize it, but if it makes the story less raw while retaining its importance that may be worth it.

Are you reading any interesting books at the moment? Travel books have intrigued me since I fell into a universe unknown with The Voyage of the Beagle. I am re-reading one now that I stumbled on for no reason some years ago called The Marsh Arabs published in 1961 by Wilfred Thesiger. I was chagrined to learn it is a classic in travel writing that I never heard of, but having read it now a few times I understand why it may be neglected in spite of its awards and acclaim. Thesiger grew up in British East Africa, received a classical English education, fought with the Special Air Service in North Africa and the Middle East in World War II, and then wandered the latitudes of his childhood for many of his remaining years. His photographs of those years, many of which are in this book, are housed in an Oxford museum. His voice is subtle, unassuming, and penetrating, as one would expect from a person who sought to understand a foreign culture by adopting it. Thesiger spent seven years in the marshes of southern Iraq exploring the mouth of the Tigris and Euphrates with the local tribes, and his account is at once moving, clinical, and enthralling. It is all the more poignant too since Thesiger was prevented from returning in his eighth year when the tribes came under attack by the then new Ba’ath regime in Baghdad.

What are some of the best tools available today for writers, especially those just starting out? Access to writers and to thoughtful readers. This was always a problem in the past. One labored in obscurity for years and the only feedback was rejection from various publications. Now it is a simple matter of tracking down a writer’s group in your area, or online, and finding local open mics or nearby conferences. I have learned a lot from open mic readings, both about myself and other writers. I was reading a short story once and had about a page to go when I suddenly got a very big laugh and applause and I thought, ‘OK that’s the new ending,’ and stopped reading right there.

Do you have any advice for writers? We hear all the time that writers should just write, write, write. But that’s less than half of what we need. The very best advice I’ve ever heard about starting out comes from Ira Glass who, to paraphrase, says the hardest part is reconciling one’s high expectations with one’s low skill at the beginning. He says, “We know our work doesn’t have this special thing that we want it to have. We all go through this. And if you are just starting out or you are still in this phase, you gotta know its normal and the most important thing you can do is do a lot of work…It is only by going through a volume of work that you will close that gap, and your work will be as good as your ambitions. It’s normal to take a while. You’ve just gotta fight your way through.” This resonated with me because it was my experience too. Of course, I wish I had heard it twenty years earlier.