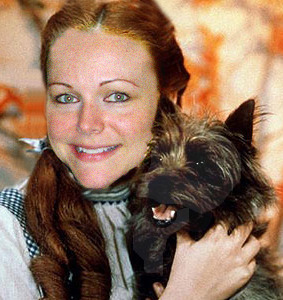 Tell us a bit about your background. I am from Kansas, born and raised, and live just outside of Kansas City.  The main reason I stayed here is largely influenced by the friendliness of people.  Unlike other large cities I’ve visited, you can look someone in the eye, say “hello” or “afternoon,” and get the same courtesy; usually with a smile.  People flicker their lights on the highway to let you know there’s a cop down the road.  Now that’s courtesy.  And as a mother of two daughters, I understand the idiosyncrasies of balancing work, family, and creative endeavors.

If life weren’t a bit off kilter than what is the point of crossing that high wire in the sky? In other words, without the strength of passion, creativity, and ambition than we all might as well become nothing more than couch potatoes by the end of the day. It’s all about making our lives productive, interesting, and adding value for the next generation.  By the very nature of my existence, I am an artist. And by the very nature of my husband’s insistence, I have adapted to become an entrepreneur. We have ventured a music store, a restaurant, real estate, several internet businesses, and two recording studios. I have worked as a graphic designer and in the publishing market since 1994. Aside from having a graphic arts degree, I also have a history degree to satisfy my other passion. That and writing. Eyes Behind Belligerence is my first published novel; although I have been writing since childhood.

Do you recall how your interest in writing originated? It was a gradual evolution.  Initially I wanted to be an artist- mainly focusing on drawing and painting, and I do have a graphics art degree.  Because I’m dyslexic, reading and writing came to me slowly as a child, and I somehow compensated by memorizing the structure of words.  I used to tell stories to my sisters as children, but later in school, when I felt forced to write stories as part of our English and grammar training, teachers would compliment my storylines.

I began to have awareness that not only I could create something in which people liked. And I kinda liked it, too.  The biggest influencer in school was my 8th grade English teacher who read four of my stories out loud to the class.  That was the same year I wanted to write about the Japanese-American experiences. Up until I was a teenager, I didn’t believe I had any other talent.  After college, I was very lucky in finding a mentor, Leonard Bishop, who had taught writing at Columbia and Berkeley. (I should be thankful he married a Kansas gal which was the reason he would even live in Kansas!) It has taken me some time to find courage to pursue a writer’s career.

What genre are you most comfortable writing? I love to write fiction with a historical twist.  I can’t solely place my stories in the historical fiction category because, by definition of historical fiction, the backdrop of novels have to be set back by at least 50 years.  There are times I like to delve into the past as recently as twenty years. I like believe that after a two decade introspection we have learned more wisely than something that happened yesterday.  And that’s why I love history: To learn. To question.  To redeem our humanity.

My philosophy is this: “Submitting to a moment in time allows us to remember, or to muse even, over our society’s past. Although writing can educate as well as entertain, yet what makes art incredibly amazing, to that of paintings, photographs, and music, it transposes emotion into another form of humanity, and therefore, it is our humanity which keeps all of us striving for an improved future.”

What inspires you to write and why? I love stories that deal with struggle for freedom, searching for identity and purpose, and have some sort of message that forces you to contemplate.  John Steinbeck best made the claim: “The writer is delegated to declare and to celebrate man’s proven capacity for greatness of heart and spirit—for gallantry in defeat, for courage, compassion and love. In the endless war against weakness and despair, these are the bright rally flags of hope and of emulation.

I hold that a writer who does not believe in the perfectibility of man has no dedication nor any membership in literature.”  And within the same context, he also wrote, “I have come to believe that a great teacher is a great artist and that there are as few as there are any other great artists. Teaching might even be the greatest of the arts since the medium is the human mind and spirit.”

What inspired you to write your first book? When I was fourteen I came across a book, called Kim/ Kimi, about a young girl searching for her real father, who was Japanese-American, only to discover he had been imprisoned in an American internment camp during WWII.  I had never heard of these camps up to that point in my life.  In Europe, yes; even China, but not here.  Not in America.  I had to know and therefore went to the library to begin my journey.  Three years later I put together a 30 minute mini-documentary for a class project and then wrote a short story.

Nine years later I expanded that story into a novel.  Why?  I don’t have any Japanese ancestry in my family tree.  I live in the Midwest and grew-up in a medium size town where cultural diversity is a bit underdeveloped.  My reason is simple:  I don’t want to continue to live in a conical world.  Consciousness does not develop and mature by existing in a frozen pond.  Therefore after I had graduated college in 2000, my husband and I drove to Bainbridge Island, just on the tail skirt of Seattle, Washington, to pursue my journey.

Who or what influenced your writing over the years? John Steinbeck.  He mixes literary prose and realism with such grit and fortitude that I’m charmed by his depressing and enriching style.   The Grapes of Wrath and Of Mice and Men are still inside my head, and in fact I have made soft suggestions to both books in Eyes Behind Belligerence.

I’ve also been inspired by Empire of the Sun, Lord of the Flies, and To Kill a Mockingbird when dealing with war, prejudices, and  violent interactions between people under stressful circumstances. But more recently, I’ve enjoyed how integrating the art of storytelling with historical research have succeeded beyond a marginalized audience such as Middlesex, Water for Elephants, and The Help.