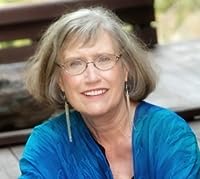 Location and life experiences can really influence writing, tell us where you grew up and where you now live?

I was born and raised in the Midwest (Kansas), but the places that have influenced my writing most are the places I’ve lived longest—Texas and Colorado. The hubs and I lived in San Antonio for over twenty years. In fact, our sons still live in San Antonio and Austin. My first series, the Konigsburg books I did for Samhain, was set in the Texas Hill Country where we used to visit regularly. My Ramos Family Trilogy for Berkley InterMix is set in San Antonio’s historic King William District, a great place to wander around with its Victorian architecture and beautiful vistas along the San Antonio River. A few years ago, however, my hubs took a new job in the foothills along the Front Range of Colorado. I’m totally in love with my new state and I’m working on several books that are set here.

What other jobs have you had in your life?

Before I began to write full time, I taught English and Communication at a Prominent University in San Antonio. In fact, my specialty was technical and science writing, about as far from fiction as you can get. I also taught Web design and copyediting, along with a class in the basics of page layout. The copyediting was a lot of fun, actually. It grew out of my moonlighting job as copyeditor for an underwater photography magazine. Although I learned a lot about scuba diving in that job, I learned even more about commas!

My writing environment has changed a lot over the years, largely as I moved from one kind of technology to another. I was a classic early adopter of word processing, owning one of the first Macs that Apple produced. That meant writing everything at a desk, which was definitely different from the old days when I wrote in longhand, frequently on the couch or in bed. I went on writing at a desk until one of my sons talked me into buying a MacBook Air (yes, I’ve stayed true to Macs over the years). I discovered that laptops allow you to write anywhere, so now I tend to write in my comfortable chair from Ikea with a lap desk and a cup of coffee nearby.

How much sleep do you need to be your best?

This sort of varies. It’s not so much how much I need as it is how much I can get. I have the kind of insomnia where I can go to sleep easily enough, but I frequently wake up early in the morning and can’t go back to sleep again. Fortunately (I think), I can usually start working when that happens. But I’ve found I need a minimum number of hours (around six maybe) to be clear-headed enough to accomplish anything.

Is there anyone you’d like to acknowledge and thank for their support?

I wouldn’t be published or writing happily without the Romance Writers of America. More specifically, I wouldn’t be published without the San Antonio Romance Authors (SARA), the San Antonio branch of RWA. When you’re first starting out, I think it’s crucial to have support. You need people to read your stuff and give you reactions, and you need people to hold your hand when you feel crushed. Most important of all, perhaps, you need people who are going through the same trials you’re going through. It helps not to feel alone, and it really helps to see that there’s actually light at the end of the tunnel. At SARA I had the example of some excellent writers—Desiree Holt, Delilah Devlin, and Cerise DeLand among others. They helped me see what you could do if you just kept at it.

Tell us about your new book? What’s it about and why did you write it?

Medium Rare is the second book in my Ramos Family Trilogy (Medium Well was the first and Happy Medium is the third, to be published next January). I’ve always enjoyed ghost stories, and I’ve always wanted to write one myself. The three Ramos family siblings who are the heroes and heroines of the trilogy are descendants of a long line of mediums, people who can communicate with the dead and pass their messages on to the living. The catch (and you knew there had to be one) is that these three have no idea that they possess these abilities until they stumble across ghosts who demand to be heard. Rosie Ramos, the heroine of Medium Rare, inherits a mansion from her grandmother, but said mansion comes with its own ghost, a spirit guide who’s been with the family for generations. Rosie has to juggle her new-found career as an undercover medium and her romance with a skeptical writer, Evan Delwin. Of course, Evan’s also a lot more than he seems. Together the two of them have to fight off some really nasty supernaturals, along with finding a way to love each other. Which they do, of course!

Email ThisBlogThis!Share to TwitterShare to FacebookShare to Pinterest
Labels: M