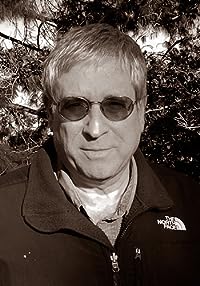 How do you feel about self-publishing?

It's democracy in action. Which is a good, good thing, since the country we live in isn't a democracy anymore. Down with the gatekeepers, down with the gates. Or, as Walt Whitman (a self-published poet) said:
No sentimentalist, no stander above men and women or apart from them,
No more modest than immodest.
Unscrew the locks from the doors !
Unscrew the doors themselves from their jambs !
Whoever degrades another degrades me,
And whatever is done or said returns at last to me.

How do you find the time to read?
Audiobooks are a big help. I listen in the car. I you haven't tried it, do. I wrote a post about it here: Why I love Audiobooks

Do you have any advice for writers?
There's no right way. But don't wait for inspiration. Make a regular practice of sitting your butt down—you need to learn as soon as possible that 90% of what you write will be crap—and get on with it. Avoid grad school. Read a lot. Go places. Charge yourself a dollar for every adverb. Avoid feedback and advice from people who love you, and from anyone who hasn't been at it ten years or more. You must somehow learn to value your own genuine responses over the responses of others. This means writing for the love you bring to it, not the love it will bring to you. One more thing—you can leave out what you know.

When did you first know you could be a writer?
This is hard to say. For me there came a moment when the answer to the question, "What do you do?" changed from "I want to be a writer" to "I'm a writer." It was well after my first book found a publisher. I needed to learn that unpublished writing could be as good as published writing—that in fact a lot of published writing wasn't any good at all, and had more to do with knowing the right people rather than meriting attention.

Are you reading any interesting books at the moment?
I'm re-reading Anna Karenina—listening, rather, to the audiobook. I read it in high school for fun, and appreciated it as much as I was capable of at that time. Recently I saw the movie—the  Keira Knightley-Jude Law version. I was entranced—I found the theatrical metaphor breathtaking—and watched it twice again. Then I wanted to re-visit the book. The version narrated by David Horovitchis the one to get. I listen to a lot of audiobooks. This is one of the best-narrated ever. I wondered if our face-paced Internet world had spoiled me for such a long novel, and that I wouldn't have the patience for Tolstoy's leisurely narrative. I needn't have worried. Every moment is wonderful.

What was the inspiration for Breathing for Two?
For the longest time, I felt that my day job (anesthesiology) immersed me in this strange, difficult, hidden world. I wanted to tell people about it. Medicine can be very dramatic. But almost all of what has been written or filmed about operating rooms concerns surgery. Mention anesthesia and most people draw a blank. But in many ways it's more dramatic than surgery. I wanted to convey what happens in a manner that was non-technical and (I hope) intriguing. Breathing is only one aspect, of course, but by keeping a narrow focus, I could go deep.

How have other doctors responded to Breathing for Two?
I wrote the book under a pen name (Wolf Pascoe) for confidentiality. My favorite response was from a colleague and friend who read an excerpt of the book that was published in an anesthesia journal. He didn't know I had written it. "Did you read that excerpt?" I asked him. "Yes." "What did you think of it?" I asked him. "Good." "What about the author?" I said. "Just a guy like you or me," he said.

Do you want to write more about medicine?
Yes, but no more first-person essays like Breathing for Two. I've been writing in the first person for two or three years now in my blog Just Add Father, which chronicles experiences with my son. I really want to get back to fiction, and to write in the third person. I'm tired (he said) of the first person singular pronoun.

What will your next book be?
In the prologue to Breathing for Two, I describe the experience of undergoing anesthesia as a night-sea journey. I'm very taken with this metaphor. I want to explore it all the way back to its mythological roots, which lie in Greece in the temples of Asclepius, the god of medicine.

What's the purpose of writing?
To make the words disappear.

Email ThisBlogThis!Share to TwitterShare to FacebookShare to Pinterest
Labels: B, W