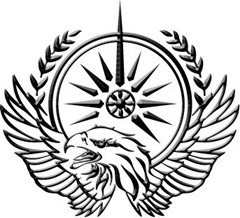 The boy lay in the dirt in the centre of New York’s Kew Park, blood flowing out of both his nostrils, his fine blond hair thrown out in little strands around his head. I stared at my own hand, still bunched, pain rushing to gather at the reddening knuckles. I hadn’t knocked anybody down since junior high, when Albie Jolak had tried to put his hand up my sobbing cousin’s skirt. I started to tremble. But not with fear – I was so angry.

One of the boy’s friends inched forward with a square of white cloth. He dabbed it over the fallen boy’s face, missing most of the blood. Only preppy boys carried white handkerchiefs. Aged around eighteen, nineteen, all three wore blazers and grey pants, but their eyes were bright, boiling with light, cheeks flushed. And their movements were a little too fluid. They were high. I dropped my left hand to grab my radio and called it in. Passive now, the second boy knelt by the one I’d knocked down. The third one sat on the grass and grinned like an idiot while we waited. If they attacked me again, I had my spray.

Keeping my eyes fixed on them, I circled around to the slumped figure lying a few steps away on the grass. Their victim. I laid two fingers on his neck and thankfully found a pulse. After a glance back at his tormentors, I bent my face sideways and felt his breath on my cheek. He groaned and his body tensed as he tried to move. A battered, brown felt hat lay upside down by the side of his head of long silver and black hair stiff like wire. He opened his eyes. Dull with sweat and grime, the red-brown skin stretched over high cheekbones showed he had to be an Indigenous. Well, damn. What was he doing this far east, away from the protected territories?

I heard path gravel crunching as Steff appeared through the cherry blossom cloud, driving his keeper’s buggy with Tubs as shotgun.

‘One with a bloody nose, and all three for banning. Tell Chip I’ll do the report as soon as I finish here.’

They herded the three delinquents onto the buggy. Before they left, I helped myself to dressings and swabs from the emergency kit in the buggy trunk. I had to get back to their victim. He sat up and put his hand to his head. He shrank back, his eyes full of fear when he saw me. Maybe it was my green uniform, with its park logo and ‘Autonomous City of New York’ stamped on the shoulder.

My hand started to throb, but I managed to unscrew the top of my water bottle and gave it to him.

He lifted his face, grabbed the bottle and drank it in one go. His Adam’s apple bounced above a grimy line on his neck around the level of his disintegrating shirt collar. And he stank. But, right now, he needed my swabs and Band-Aids. Under a diagonal cut on his forehead, a bruise was blooming around his eye to match the one on his jaw. His hand was grazed, with bubbles of blood starting to clot. I cleaned his wounds, speaking calming words to him as I bandaged him up.

‘Okay, let’s get you to the nearest hospital,’ I said, but, as I lifted my radio again, he seized my wrist.

‘It’s okay, there’s a free one, the other side of the park in Kew Road West.’ Which was just as well, as he plainly couldn’t pay private.

The anxious look in his dark eyes swung between my face and the safety of the tall trees. I’d have to call in for the Indigenous New York Bureau number. As I spoke to Chip, I looked over the lake at the old wood boathouse on the far side. Beyond the trees behind it, the windows in the red-brick Dutch highhouses along Verhulst Street threw the full sun back. When I turned around, the old man had disappeared.

‘You did okay, Karen,’ Chip said later in his office. ‘Little shits. They’ve been processed and taken to the south gate. I checked with the Indigenous Bureau for reported wanderers, but they had none listed.’ He grinned at me. ‘Jeez, the woman there was so prickly and made me feel like Butcher Sherman.’

Every kid knew from school the Indigenous had been more or less protected until the British finally left in 1867, but that, almost as the door shut, a rogue officer in the new American army ordered the massacre of Sioux and Cheyenne on an industrial scale. A hundred and fifty years on, the Indigenous Nations Council in the Western Territories still reacted like it was yesterday. I was more than pleased I hadn’t had to make that call.

I filed my report among the pile of paper in Chip’s in-basket and thought nothing more of it until, after a tedious week shut in my office at my regular job, I was back on duty in the park the next weekend.

That Saturday morning, I changed into my green pants and tee in the locker room and pinned on my team leader badge. The May sunshine would bring out people in droves. I picked up my volunteer’s folder from the wall rack. Hopefully, I was back on meet-and-greet supervising, instead of patrol. I could walk all day in the fresh air, greeting visitors, giving directions, answering park-related questions, laughing with the sassy kids, and helping the lost and crying ones find their parents. I knew every corner of the park from north to south, the history back to Vaux and Olmstead, who’d founded it with a huge grant from the Royal Kew in England.

I hummed a little tune and anticipated the sun on my skin. But all there was inside the folder was a note to report to the park director. What was that about? I’d met him twice before when I’d been awarded commendations, but never seen him around the park itself. Not on weekends.

The sour expression on his face told me I wasn’t here for an award. Chip stood with his back close to the far corner, no sign of his usual jokey grin. I was not invited to sit on the green-padded chair this side of the director’s desk.

‘Miss Brown.’ The director frowned at the sheet of paper in his hand. He looked up. ‘Show me your right hand.’ He spoke in a hard, closed tone.

He took hold of my hand and twisted it over, not caring when I winced. He glanced at the purple and yellow skin around my knuckles, grunted and let go.

‘You are dismissed from the Conservancy Corps, with immediate effect. Hand your uniform, ID and any other park property to your supervisor and leave within the next thirty minutes. You have become an embarrassment to the Autonomous City of New York. We cannot stop you as a member of the public entering the park, but you will be watched. That is all.’

I couldn’t believe it. I took a deep breath and grasped the back of the chair.

‘But why are you kicking me out? What have I done?’

‘Assaulting a respectable member of the public as he and his friends were quietly enjoying a walk is completely unacceptable. Even more so when drunk.’

‘Drunk? How dare you!’ I was hot as hell with fury. ‘They were all high as kites and attacking a defenceless old Indigenous.’ I took some deep breaths. ‘I did what the training said. I remonstrated with them. I attempted to mediate. I placed myself between them and their victim. It’s all in my report.’ I threw an urgent look over at Chip, desperate for his support. He looked away.

‘Have you quite finished?’ The director looked at his watch.

‘No, I haven’t! The lead one took a swing at me. I ducked. He went for me again, so I hit him on the nose. You know I’m within my rights to defend myself.’ But this was the first time I’d ever had to do it all the years I’d volunteered here. Unlike others, both volunteer and regular, I’d chosen not to carry a nightstick when I was assigned patrol.

‘This interview is finished.’ He nodded to Chip who stepped forward, took me by the arm and ushered me out with a murmured, ‘C’mon, Karen.’

‘What the hell happened there? How can he do that? And I wasn’t drunk. Ask Steff and Tubs. It was eleven in the morning, for Chrissakes!’ I threw my folder on his desk. ‘If it wasn’t so stupid, I’d kill myself laughing.’

Chip shifted his weight from one foot to the other, no grin, his easy fidgeting gone. ‘You bloodied the nose of External Affairs Secretary Hartenwyck’s son. He’s fuming. And Mrs Hartenwyck’s not only on the board of trustees, she’s a major patron of the park.’

I sucked my breath in. Hartenwyck, the second most powerful person in the country. My heart pounded with fear. I closed my eyes and shook my head. He was from one of the old Dutch families, a privileged class who still called the shots even two hundred years after their last governor had sailed out of the harbour in 1813. Even though the British had stepped up from number two position and taken everything over for the next fifty years, the ‘Dutch mafia’ still ran everything today. And I had a British name. I didn’t have a chance.

‘Then they should make sure Junior doesn’t take drugs,’ I said. ‘Or beat up old Indigenous in a public place. The Indigenous Nations Council would wipe the floor with him.’

‘But you can’t produce him to testify.’

‘Steff and Tubs saw him.’

‘They’ve been told to shut their mouths if they want to keep their jobs.’ He looked at me, almost pleading. ‘They’ve both got families, Karen.’

I walked back and forth in front of his desk, waving my arms around, but I sensed it was no use. The decision had been made and Chip was stuck with executing it.

‘So, my four years’ volunteer service and two commendations aren’t worth jack-shit?’

He fixed his gaze on the scuffed door panel directly over my shoulder. ‘I’m so sorry.’

Heat prickled in my eyes, but I was not going to cry. I wouldn’t give him the satisfaction. I walked out, shut the heavy oak door with supreme control, changed back into my jeans and tee in the locker room and left the staff building, my head up. I threw the green park uniform and ID in a public trashcan. Childish, but satisfying.

Email ThisBlogThis!Share to TwitterShare to FacebookShare to Pinterest
Labels: A, I