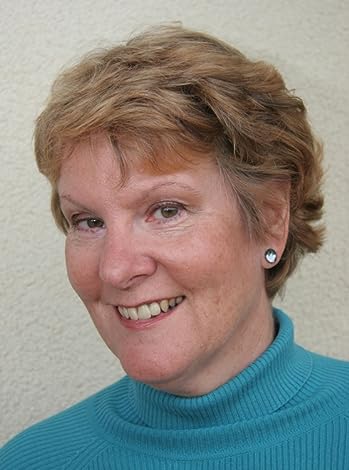 What inspired you to write your first book? A terrible film! It was that simple. Something snapped in my brain and I thought, ‘I can do better than that.’ I sat down at my computer the next morning and started typing. But I think that underneath, I must have been ready to get my story out, to bring Roma Nova out of the place it had been hiding for many years.

Who or what influenced your writing once you began? When I was beginning, I read, listened, absorbed and acted on every piece of advice I received from tutors, conference speakers, bloggers, fellow authors. Then after a while, I saw conflicts in all this advice and started to sift it. The result was the list of writing books I recommend on my blog: http://alison-morton.com/blog/writing-books/
I took the advice of an established writer who said he never read other people’s work when he was working on his novel and I’ve found his advice was solid. I wrap myself up in my own world, and resist others’ influence. You have to keep your own writer’s voice clear in your head.

What do you consider the most challenging about writing a novel, or about writing in general? Apart from ensuring you have your grammar and vocabulary correct and your research verified, I think the most difficult part is the sheer physical effort of producing 100,000 words. The hours fly by and you look back at the five or six pages you’ve produced and realise you’re at the end of your working day. Then it starts all over again tomorrow.
The next hardest thing is to leave your completed manuscript alone for at least two months. Your head is still reverberating from being in the book’s world and it’s very hard to start the next project. But putting distance and perspective between you and your work is essential if you want to remain objective when self-editing.

Did writing this book teach you anything and what was it? It made me realise how complex any book is and what a lot of hard work goes into creating a story. Novels must have some kind of structure and purpose, and progress from the situation at the beginning to some kind of resolution by the end, i.e, a well-constructed plot, rather than just a series of events. And this takes work!

Do you intend to make writing a career? It’s my fourth career! But I think it’s the best one. I’ve worked in the City of London, as an entrepreneur and then translator; occupations which have honed my work and organisational skills, developed my business acumen and made me a wordsmith.

Have you developed a specific writing style? My style is succinct, spare and accurate, according to my readers. I haven’t aimed for a particular style, but one of my pet peeves is unnecessary description, so I try and drop in enough detail so the reader knows where or when they are, but I don’t want them to start skipping because I’ve included superfluous words. Every one is there because it needs to be!

What is your greatest strength as a writer? I’m not sure I can answer that without sounding as if I’m bragging! Readers have said they like my ability to surprise them. I’ve always had an active imagination and love thinking up plot twists. I leave it to reviewers. One said, “Brilliantly plotted original story, grippingly told and cleverly combining the historical with the futuristic. It’s a real edge-of-the seat read, genuinely hard to put down.”

Can you share a little of your current work with us? It’s the sequel to INCEPTIO and the next in my series of Roma Nova thrillers. PERFIDITAS (Betrayal) continues the story of Carina who is now established as a special forces officer. But she’s in trouble. One angry colleague has tried to kill her and another sets a trap to falsely incriminate her in a conspiracy to bring down the government of Roma Nova. Founded sixteen hundred years ago by Roman exiles, Roma Nova has survived until now. Once the conspirators strike, Carina is on her own. Her natural ally, her husband Conrad, is imprisoned. Calling for help from her old friend, Apollodorus, a career criminal now mostly going straight, she races against time, desperate to save her country. But she is totally unprepared for the ultimate betrayal…

How did you come up with the title of the book you just published – INCEPTIO? INCEPTIO means “the beginning” in Latin. It’s the story of how Carina, originally called Karen, was raised in America (albeit a different America from the one in our timeline), then had to flee from a sinister government enforcer. She escaped with the help of a special forces officer called Conradus Tellus to Roma Nova where her dead mother had been born – a new beginning for her as well as the start of her story for the readers.

Can you tell us about your main character? In INCEPTIO, Karen Brown is a regular young woman, not quite 25 years old, who works in an office in New York. Her parents are dead and she’s not particularly happy or unhappy. She’s had to become self-sufficient and even defensive because of the changes in her early life, but she’s a decent, likeable, average girl with a strong sense of right and wrong. And a bit of a temper.

When her life is threatened and she’s uprooted, she discovers not only her true background in Roma Nova, but resilience and personal strength which she needs to face the killer who’s hunting her.

What was the hardest part about writing this book? Following historic logic. If you write a story with a historical theme, but which departs from our standard history, you have to develop that alternate history in a credible way or you’ll lose the reader. Unlike fantasy where you can introduce all kinds of interesting elements like wizards, earth-lore, elves, etc., alternate history has to follow from the point where it diverged so you can’t go from Romans to Tudors in ten years. That’s an extreme example, but you see what I mean.

If you bring a custom into the modern era, you have to think about how it would fit in. For instance, in the Roma Nova police station, there are honey cakes in the squad room, not chocolate digestives (UK iconic cookie) or bagels. And while the Roma Novans are proud of their culture and history, they only wear formal dress (stola and palla for women, toga for men) on formal occasions. My heroine wears her service uniform most days and changes into jeans when at home.

Is there a message in your novel? Well, first and foremost, I want people to be entertained by my book, but there are themes of loss, self-discovery and uncertainty running under the thriller story. Nothing is ever as it seems and we can never be sure of what will be thrown at us. And, of course, there’s a strong tone of feminism, not strident, but very confident: in Roma Nova, women are naturally prominent in all aspects of life.

Email ThisBlogThis!Share to TwitterShare to FacebookShare to Pinterest
Labels: A, I