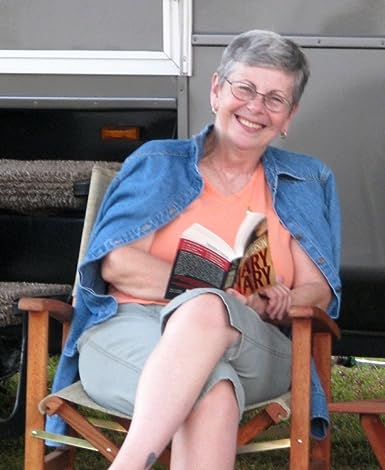 What books did you love growing up? I read voraciously growing up, anything I could get my hands on. From children’s classics like “Wind in the Willows”, “Charlotte’s Web”, “Stuart Little” and “Mary Poppins” to everything in my parents bookcase including all the Readers’ Digest Condensed Version books, “Peyton Place” (when I was really too young to understand it), all of Edgar Allen Poe’s works and on to Ayn Rand in high school.

Who is your favorite author? I have too many to list but at the top of my list are:
Diana Gabaldon, who writes time travel romance adventure that even men love in her Outlander series.

James Patterson, I’ve read every Alex Cross book written and fell in love with Maximum Ride before she was featured in his YA series.

Toby W. Neal, who lets me visit Hawaii without ever going there in her wonderful Lei Crime series.
Lisa Jackson and Sandra Brown are there as well. Two new authors I love are Nick Russell and his “Big Lake” series and Linda S. Prather and her paranormal books.

Location and life experiences can really influence writing, tell us where you grew up and where you now live? I grew up in a very small seacoast town in southern Massachusetts until 9th grade. Then we moved to an even smaller town in southern New Hampshire. After high school graduation I moved to Florida and have been on the move ever since. Since high school I have lived in eight Florida cities, three Georgia cities, two New York cities, two Iowa cities, two Colorado cities as well as Virginia, New Hampshire, Pennsylvania and Delaware.

In 2007, after being widowed in 2004, I sold everything and hit the road in my Class C motorhome, pulling a trailer with my motorcycle. I became a full-time RVer, guess my gypsy roots were showing.
In 2008 I met a recently widowed man at an RV rally in Gillette, WY. who was also a full-timer and a motorcyclist. Fate was watching out for us, we married in April of 2009 and have RVed in most of the 48 states.

We live and travel in a 41′ fifth wheel trailer with a 10′ garage at the back end, a toy hauler. We pull it with a small Freightliner, and no, I don’t drive it. For the last year I have followed behind in our pickup which we bought so I would have something to drive when my husband had a double knee replacement a year ago.

We have five acres in rural north central Tennessee and have an RV site set up there. But the big news is that in December we are moving to Ecuador for five years. And yes, I will continue to write.

Where do you get your inspiration from? I’ve spent a lot of years living in small towns as well as larger cities like Atlanta and Miami. I love to people watch. Most of my characters are compilations of the people that I’ve met and/or observed over the years.

I especially love small towns and the special relationship between the land and the people living on it. Quirky is good!

Do you plan to publish more books? Absolutely! I am currently working on book two in the Klondike Mystery Series, titled “Barely a Spark”. I have plans for another six in that series.
I also have a romance trilogy in the planning stages, “Chance, Hope, Celebrate”.
Last, I hope to have my first children’s bedtime rhyming book out before the end of the summer.

How do you write – lap top, pen, paper, in bed, at a desk? I always keep a notebook and pencil handy (I love soft lead in a good mechanical pencil) for notes. I write with my laptop…in my lap or on a table if not at home. I don’t do well at a desk, probably due to living in an RV and “making due” with furniture.

Do you find the time to read? It’s not the time so much, it’s the fact that when I’m writing I just CAN’T read. I lose interest. Maybe because when I read a book, I don’t want to stop until I’m done. I’m trying to get better at this bur right now not much reading is getting done.

What do you consider the most challenging about writing a novel, or about writing in general? For me that’s an easy question – the editing, especially the proof editing. I do make a first run through, then pass it to my husband for the second. Back to me, then off to several others for input and editing. Sometimes they make good points and I make changes; they always find error, typos and missing words. My brain just seems to ignore them.

Otherwise, I’ve found that I work better under a deadline. That’s no different than I was with assignments in high school. I wrote 80% of “Not a Whisper” during Camp NaNoWriMo last August and I wrote all of “Home Again” during NaNoWriMo in November.

Do you find it hard to share your work? When I started writing my blog in January 2012, I was terrified the first couple of times I wrote some flash fiction for public consumption. When no one panned me and a few congratulated me, I continued. Flash fiction is great for immediate response and I really enjoy writing it. I spend so much time on my novels that I got away from the flash and am just now getting back to it.

Tell us about your new book? What’s it about and why did you write it? “Not a Whisper” is the first in the Klondike Mystery Series. Set it a small fictional town in north central Pennsylvania. A group of mostly retirees form the Klondike Breakfast Club or KBs as they like to call themselves. When one of their members goes missing after a suspicious fire, they join forces to find him and prove him innocent of arson and murder.