Why Writing is a Form of Personal Therapy by Rachel Thompson


Why Writing is a Form of Personal Therapy
by Rachel Thompson

I’ve been writing since I was in the fifth grade. However, it wasn’t until 2011 that I published my first book of essays, A Walk In The Snark. A good portion of that book is based on my blog, in particular the differences between men and women. Though primarily known as the funny girl, a small portion of that book is dedicated to something decidedly sad and real.

As I began writing more material to add to that book, an ex-love of mine killed himself. We’d been in touch the last few months, and in fact, I spoke with him on what would turn out to be his final day. His final hours.

I poured my shock and grief into my writing. Many people had opinions about how I should feel, but I found that writing was my true salvation. Listening to my own voice was what mattered the most. No matter that I hadn’t seen him in over twenty years – to me, a person who I gave my heart to at one point had now vanished from the earth. Suicide leaves so many questions unanswered.

It took about nine months until Snark finally ranked on a major list: Motherhood, and sales started to kick in. During this time, I started writing my next book, where I focused strictly on the humor aspect that people came to know: deconstructing stereotypes with satire. Mancode: Exposed came out just before Christmas of 2012 and shot to the #1 paid spot on Parenting and Families! Having two books out, both ranked and selling well, was a dream come true for me.

As I sat down to write my next humor book, the thoughts of dealing with the grief of my ex’s death, along with the powerful experiences I’d had growing up (molestation, attempted date rape, abuse), kept running through my head. I decided not to argue with my muse and began writing what would become Broken Pieces (released December, 2012). So far, reviewers have loved it.

In order to get my audience prepped for this change in subject matter, from light to dark, I began asking guests to share their own real-life experiences that helped shape them. The guest stories are compelling and terrifying—stories of kidnapping, stalking, rape. I highly recommend you read them.
The most fascinating aspect of asking people to write for me was this: many had never shared what they’d been through before, had never written down what had happened with them. Giving them permission, giving ourselves permission, is a wonderful way to mine those universal truths many of us have experienced.

I’m an advocate of finding those bonds that exist between all of us. There’s no shame in sharing our experiences. If nothing else, it makes us better able to deal with our own realities, knowing we’re never truly alone.


Check out my books on Amazon: A Walk In The Snark, Mancode: Exposed, and my latest, Broken Pieces. Find me on Twitter at@RachelintheOC or my business @BadRedheadMedia. Look up the same names on G+, Facebook, Pinterest, etc. I’m everywhere! 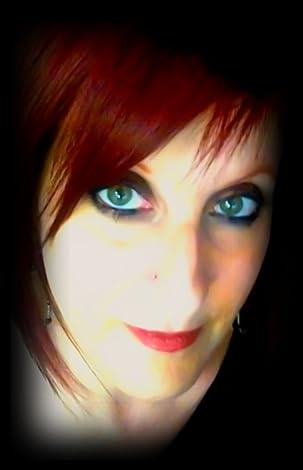