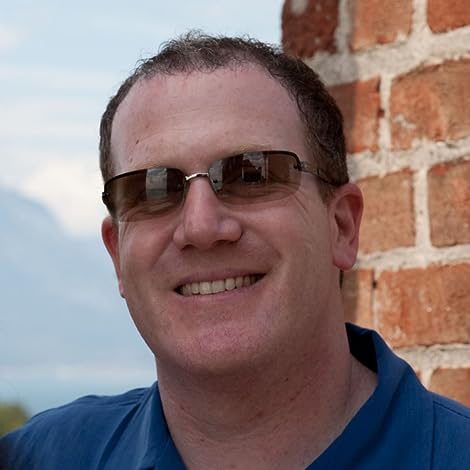 What genre are you most comfortable writing? I mostly read speculative fiction (SciFi, supernatural horror, and Fantasy) and so the same would be true of my writing. I wouldn’t usually be drawn to a fully naturalistic story.

Who or what influenced your writing over the years? I get very inspired by my own sense of “cool.” This can mean cool scenes, cool characters, cool dynamics, cool symbolism, cool turns of phrase, whatever. As I read and watch media obsessively – and by obsessively I mean 200 novels a year and about four hours of long form film/tv a day, I don’t sleep much – I’m constantly looking for interesting moments and archetypes that can be reinvented and repurposed. Nothing is ever new in the world. I also read a tremendous amount of history and in both of my novels I used facts about the history and the historical places and times to guide the story. Sometimes it’s useful to have concrete possibilities like this to give you structure. The historical facts in Untimed do that. I’ll have a practical function in the plot they need to accomplish, then I’ll dig through books looking for something that is synergistic. Sometimes it goes the other way.

What do you consider the most challenging about writing a novel, or about writing in general? The endless re-reading and careful editing is quite tedious (although I do a lot of it!). Sitting down to read the entire book again for the 50th time takes some serious will power. But overall, I’d say the hardest part was trying to balance my desire for prose minimalism with the need to “tell” the reader what they are supposed to know/feel. Ideally, one doesn’t tell them much of anything, but instead shows and implies. I love when a beat subtly betrays the emotions of a character, but at the same time, not all readers pick up on these niceties. My style is much closer to hard boiled early or mid twentieth century writers than it is to the type of melodramatic prose sometimes found in today’s YA hits (Twilight, here’s looking at you!).

How did you come up with the title? I wanted a single word title, and I wanted it to imply time travel, so I bounced words and phrases around in my head until I came up with UNTIMED. It seemed pretty good immediately.

Can you tell us about your main character? Charlie’s the kind of boy that no one notices. Hell, his own mother can’t remember his name. So when a mysterious clockwork man tries to kill him in modern day Philadelphia, and they tumble through a hole into 1725 London, Charlie realizes even the laws of time don’t take him seriously. Still, this isn’t all bad. Who needs school when you can learn about history first hand, like from Ben Franklin himself. And there’s this girl… Yvaine… another time traveler. All good. Except for the rules: boys only travel into the past and girls only into the future. And the baggage: Yvaine’s got a baby boy and more than her share of ex-boyfriends. Still, even if they screw up history — like accidentally let the founding father be killed — they can just time travel and fix it, right? But the future they return to is nothing like Charlie remembers. To set things right, he and his scrappy new girlfriend will have to race across the centuries, battling murderous machines from the future, jealous lovers, reluctant parents, and time itself.

How much of the book is realistic? Everything but the time travel and the Tick-Tocks is as realistic as I could make it. I did a tremendous amount of research on all my periods and if anything, I understate the zany and shocking quality they probably would have had on a modern.

How important do you think villains are in a story? As a writer, I adore villains and I think Untimed has some pretty good ones. Donnie, as the human villain, is clearly more realistic. He’s a nasty bastard, very self centered and temperamental, but at the same time I wanted to make him likeable, or at least charismatic. Guys like him would have been charming – some of the time. But the Tick-Tocks are cool tool in their more archetypal way. Rapier is like a kind of Boogie-man. He’s always in the wrong place at the right time (for him!).

What are your goals as a writer? I want to tell commercial and fun tales that have some depth to them. This means balancing character and traditional drama (not melodrama) with cool scenarios and rapid pacing. Fundamentally, I want to entertain.

Email ThisBlogThis!Share to TwitterShare to FacebookShare to Pinterest
Labels: G, U