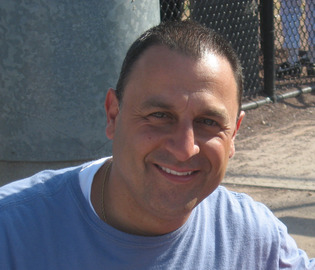 If you could invite any 5 people to dinner who would you choose? In no set order…F. Scott Fitzgerald, Babe Ruth, Marilyn Monroe, Malcolm X, and Jimmy Stewart. One stipulation…I get to sit next to Marilyn.

What is your favorite flavor of ice cream? There is a small, old fashioned fifties diner/ice cream shop near my house. They make a flavor there called Smores. It is the perfect amalgam of graham cracker pieces, chocolate and marshmallow. And, with hot fudge on the side (cannot run the risk of having it melt the ice cream due to milk phobia) there is nothing better.

One food you would never eat? I am milk phobic. It’s a long story, but it involves a rather tepid container of expired milk and a tyrannical first grade teacher. Enough said.

Please tell us in one sentence only, why we should read your book. It will change the way you look at yourself and your place in the world.

Any other books in the works? Goals for future projects? Well, after completing Nobody Has to Know, I began working on the final installment of my Mickey Tussler series. The book is called Welcome to the Show. I have also begun playing with an idea for a second thriller but that is still very much in its incipient stages.

What inspired you to want to become a writer? I have always had this propensity to write – a love for the written word that to the best of my recollection is ineffable. I really believe it is in my DNA.

Tell us your most rewarding experience since being published. I am pleased to say that there have been quite a few. Having one of your novels adapted for a film is pretty exhilarating. The movie A Mile in His Shoes, starring Dean Cain, is the adaptation of my book The Legend of Mickey Tussler. That was an incredible experience. So is having something you have written endorsed by literary giant Nelson DeMille. DeMille recently endorsed my first thriller Nobody Has to Know, calling it “masterfully written.” However, my most rewarding experience is far less extrinsic. About a year after Echoes from the Infantry was published by St. Martin’s Press, I received an email from a man in Tennessee. His letter was not so much one of admiration for my writing as it was a confession of sorts. It seems that this gentleman grew up with a WWII veteran for a father — a man who resembled very much my James McCleary. His relationship with his father was fractious and strained in ways similar to what I described in the book. However, his father passed away before he ever had the chance to reconcile some of these feelings that existed between the two of them. Even though this gentleman from Tennessee knew my story was fiction, he was able to gain insight into his father’s mien and temperament and used the book’s ending as a vehicle through which he could finally obtain closure and move on. He told me that my novel saved his life. I’m not sure that I will ever receive another letter that will mean more to me than this one.

What’s one piece of advice you would give aspiring authors? I would offer the same advice that Scott Turow gave to me. Just keep writing. This is a very difficult business. It is easy to become cynical and jaded in the wake of all the rejection and disappointment you face. But if you have talent and really want to write, you must persevere. Refuse to take no for an answer. I believe that many a brilliant writing career has ended way too early because the author just gave up. Writing professionally is not for the faint of heart. It is fraught with all sorts of pitfalls and obstacles. But the challenge is what makes it so exhilarating. If it were easy, everyone would do it.

If you could live anywhere in the world where would it be? San Diego. I am very much an outdoors person and would acclimate very well to the temperate climate in San Diego. Love the zoo too!!!

What is your favorite Quote? I have many favorites, but of late, the Japanese proverb “Fall down seven times, get up eight” has become somewhat of a mantra of mine. Dealing with the vicissitudes of life can be challenging at times and all we really have as our defense is an undaunted spirit.