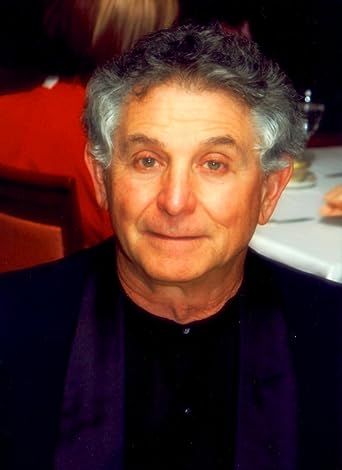 Can we expect more books from you in the future? As I’ve said, I’ve already written four novels. A Third Time to Die is my 2nd. The other two are my Al Warner detective series, which I hope to publish with GnD Publishers over the next year or so. I’m now busy promoting a 3rd Time to Die, so I haven’t even started with editors on the Warner series.

How important do you think villains are in a story? Pretty hard to have suspense without a villain, isn’t it? I guess villains don’t have to always be people, though. It can be weather, as in “A Perfect Storm,” or a short story I wrote, A Lucky Coincidence, available on Amazon (http://www.amazon.com/dp/B00CEFXT1Q) . Or it can be location, like the story of the climber who had to cut off his arm to escape a boulder, pinning him down. But you NEED a villain.

I attended a fiction writing seminar by famed fiction agent, Donald Maass, and when discussing plot, he asked, “What’s the worst thing that can happen?” After we wrote down our calamity, he asked, “Now, what can be WORSE than that?” and then, “What can be EVEN WORSE than that?” That’s how you create tension for your characters, and it’s not something to be conquered in a few sentences… or even a page. Danger has to be strung out, getting worse and worse… until it gets better.

What writing are you most proud of? I think the response I’ve had, with over forty 5-Star & 4-Star reviews (many from professional reviewers and book clubs) for my first novel, Trapped. Not just that they loved the story… that they couldn’t put it down (one reader wrote me she couldn’t get her housework done, another that she read the ending THREE TIMES, she loved it so much)… but the frequent complements on how well I write.

There are many reviews citing how they loved the way I describe and build the characters, how I drew them into her love and her terror. One reader I know said, “I want to marry Kevin,” and she’s a married woman. It’s wonderful to feel so validated about the real quality of your writing… not just your ability to tell a story.

What’s the hardest – getting published, writing or marketing? How about all of the above? Well, not so much writing. That generally comes pretty easily for me, once started. But it took 22 years to get my first novel, Trapped, published, and that only happened after I won TAG Publishers “Next Great American Novel” Contest. Prior to that, I had probably 80 rejections from agents and editors. Small potatoes, compared to someone like Louis L’Amour (Americas greatest Western Writer, with 89 novels published), who was reputedly rejected 350 times! But it’s still not easy to get conventionally published. Agents really aren’t interested in you unless you’ve got a track record, and that becomes the classic Chicken or the Egg quandary.

Marketing is tough, because most of us are writers, not publicists. It’s hard work to develop the experience and skill to market your work, and publishers do next to nothing to help. My first novel, Trapped, has had Best Seller review response, and in fact, did jump into the Amazon Top 100 in November, 2012. Still, sales aren’t reflecting the praises it’s received, and it’s a struggle to get public recognition. Readers may leave reviews at Amazon and Goodreads, where it also has loads of 4 and 5-Star reviews, but until they start pushing it on Facebook, Twitter, etc., sales aren’t keeping up with those praises.

How often do you write, and when do you write? When I’m into a novel, I usually write even day for a few hours, at least. I prefer writing in the morning, after breakfast. That’s when I seem to be most creative. When I’m in a “zone,” I’ll often write past lunch-time, without stopping. I’ll keep going until I’m too hungry to think.

I use the afternoons for editing and story review, and follow-up on any other projects I may have underway at the time. Then I need some time with my wife and the rest of the family.

Do you have any advice for writers? As I said earlier, learn the craft. Don’t think, because friends tell you how good you are, that you’re ready to be a published author. In the world of self-publishing, and especially now with little or no expense to publish an e-book with Kindle or Smashwords, there is a lot of poorly written stuff out there. If yours is one of those, it will cloud your reputation in the future.

Again, there are few better places a neophyte, or even an experienced writer, can get expert help than by attending good writers conferences. Many are attended by agents and editors to whom you can pitch your story. But understand, very few authors are actual signed at these conferences. Agents have admitted they go more to network with their peers than find a hidden gem. The main thing is attend the writing classes. You’ll find more than you’ll have time for, including sessions about promoting your work, and how to query agents and editors. There’s a lot to learn about what makes good ACCEPTABLE writing, and you aren’t going to discover it on your own.

And finally, write because you love it. The odds of making a real living as a novelist are minimal at best. Non-fiction authors , with a real platform and strong bona fides, have a much better chance at making money at writing… if they put in the work they need to promote themselves. And you need to be lucky.

How do you feel about self-publishing? Self-publishing today gives the debut author a never before opportunity to get recognized. As I’ve said, you have little chance to be taken on by a literary agent or book publisher. Most large presses won’t even accept submissions from unagented authors. Then there are the smaller, indie presses that mostly rely on those who can’t make it with agents or big publishers. And of course, there are the vanity and POD publishers, whose only requirements are that you can pay their fees.

And that’s the major problem with much of self-publishing. For print, the POD publisher will accept whatever you send them, as long as it’s properly formatted. They make their money from fees they charge you for formatting, cover design, printing and distribution. Actual book sale (other than those sold directly to the author) provide very little of their gross income, and the typical self-published book rarely sells even 100 copies. Of course, you can avoid much of the out-of-pocket expense by only e-publishing with Kindle, Smashwords, etc., but the results are usually the same.

Too few self-published authors spend the time and money to really learn the skill, and for professional  editors, and their work shows it. Critique groups can help, but are no substitute for a professional. Nor do these authors often work with experience graphic artists on cover design. And that’s why self-publishing has acquired a shady reputation. For many, I think being able to say they are a “published author” is the end game, and that’s okay, if that’s all you seek.

What books did you love when growing up? When I was a pre-teen, I loved all the dog books by Albert Payson Terhune: “Buff, a Collie,” “Ladd of Sunnybrook Farm,” et al. As I teen, I loved sea adventures, especially based around our Revolution and the War of  1812. I especially like the adventures written by Edison Marshall, like “The Viking.”

If you could have a dinner party, and invite anyone, dead or alive, who would that be? Baseball great, Ted Williams; fly-fishing industry great, Leon Chandler; and my dad.

I was an avid fan of Teddy Ballgame, both because I admired is great ability, amplified by his intensity, and because he was a great fly-fisherman. I actually met Ted in the 1970’s, as we were flying into the same northern Manitoba fishing lodge. He invited me to fish with him one day, and showed me the thrill of fly-fishing for big pike… and I’ve become an expert at that. He lost 6 prime years to the military, fighting wars… not playing sports as many of his ilk did… and was, I believe, the greatest hitter of all time.

Leon Chandler was a friend who also took me under his wing during a Federation of Fly-Fishermen conclave in the 1970’s. We fished together many times, and he was a gentleman and giant of the sport.

And my dad, because we were always too busy with work to really spend much quality time together. He was a great role model on how to live life as an honorable person. I miss him.