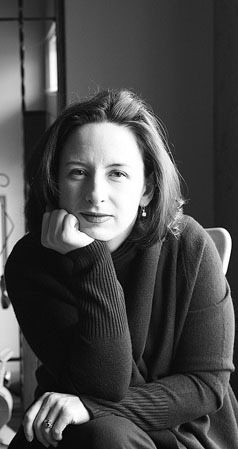 How has your upbringing influenced your writing? My mother was very strong and very creative. Through the last years of her life people started calling her a “character.” She never let details stop her from doing what she wanted. Though I do not want to follow in her footsteps (she was a Pro-Life activist, and could get into a good deal of trouble at times.) I do feel like her example of spending time away from us kids to do something she thought was important probably influenced the way I began to make my writing a priority while I still had kids at home. Especially in the beginning, there was a lot of guilt for taking time away from my family to do something that was just for me. Now I remember her and believe I am showing my girls an example that will serve them when they are adults.

Both of my parents encouraged college, both by example and by letting us know they expected us to go. Our house was filled with books and they each read all the time. My father was big into science fiction and horror and that was what I grew up on.

Do you recall how your interest in writing originated? With Edgar Allan Poe. I would memorize stanzas from “The Raven” and loved the way those lines made me feel. His stories wrapped me up so completely and set up a very specific mood. I wanted to be able to create a world and make people feel in that specific way.

What inspired you to write your first book? My first book was all about a boy who was born in Argentina in the 1970s. Since I started dancing the Argentine Tango and reading about the country and its culture, I found out what an interesting place it was. The history is exciting and there are some awful parts as well but so much to learn from all of it. These are people have all-night bookstores and this rich literary tradition producing writers like the well-known Julio Cortazar and Jorge Luis Borges plus these fun weird ones like Roberto Arlt.

There is also a dialect they call Lunfardo which seemed very novel when I first learned about it. History is evident in everything from their architecture to their dances to the many languages that are spoken and beyond.

I used the main character to explore some of the more fascinating aspects of that culture and history and also used the setting as an excuse to rewind my life and see what I might have done differently if I had made different choices as a young person.

That was my first book, so mostly it was a big excuse to fantasize and do research!

How did you come up with the title? Leslie Fiedler’s book, Love and Death in the American Novel is where I got the title. An editor I worked with mentioned that the topics I was working in my book reminded her of what he said in his book about what male writers are doing in literature. I read that book and was blown away. Here was someone with the book smarts to say what I wanted and back it up and he went even farther than I was even considering.

What do you do to unwind and relax? Dancing is the single best thing I can ever do. Running is the next best. Reading and watching movies are also great, though sometimes my head will start up trying to analyze them, so this isn’t as relaxing as it could be. Reading is relaxing, but I struggle now to make sure I still read purely for pleasure when I need to unwind and don’t let reading other people’s manuscripts, or critical reading crowd into that time.

Do you have any upcoming appearances that you would like to share with us? On June 13th I will be speaking on small press at the “It’s About Time Writer’s Reading Series,” held at the Ballard Library. In July I will be presenting an hour long session on small press at the Taos Writer’s Conference. In November I will be presenting a three hour class on tension for the Skagit Valley Writer’s League. When any more appearances become official, I’ll post all the information on my website.

This is a good interview. Good questions, good answers. Looking forward to more insights from this fascinating writer.